When the Zonda was debuted in 1999, it was another one off car that was trying to go against the big names in the business, doomed to fail. Eleven years later, Pagani has built 106 Zondas and is working on new products to officially debut, hopefully, in 2011. What made this car stick through the harsh competition of the supercar world, even in a time of world recession? The looks of the Zonda are like none other. Undergoing only minor changes in its lifetime, Pagani hit its mark with the Zonda. Other than looks, the Zonda is made with clever technology, developed by an F1 champion, with weight and power in perfect harmony. With its big open cockpit, it’s been said that driving the Zonda slowly is as easy as driving any everyday car.

This is what does it for us. The Zonda is an inspirational ride with beauty and power. 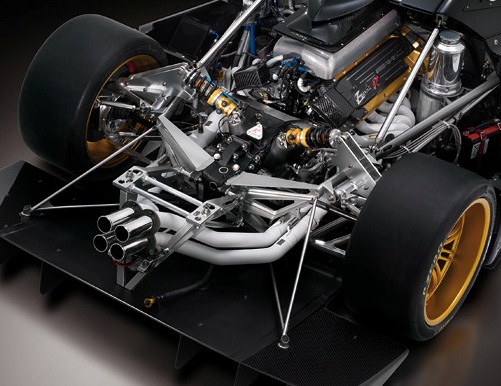