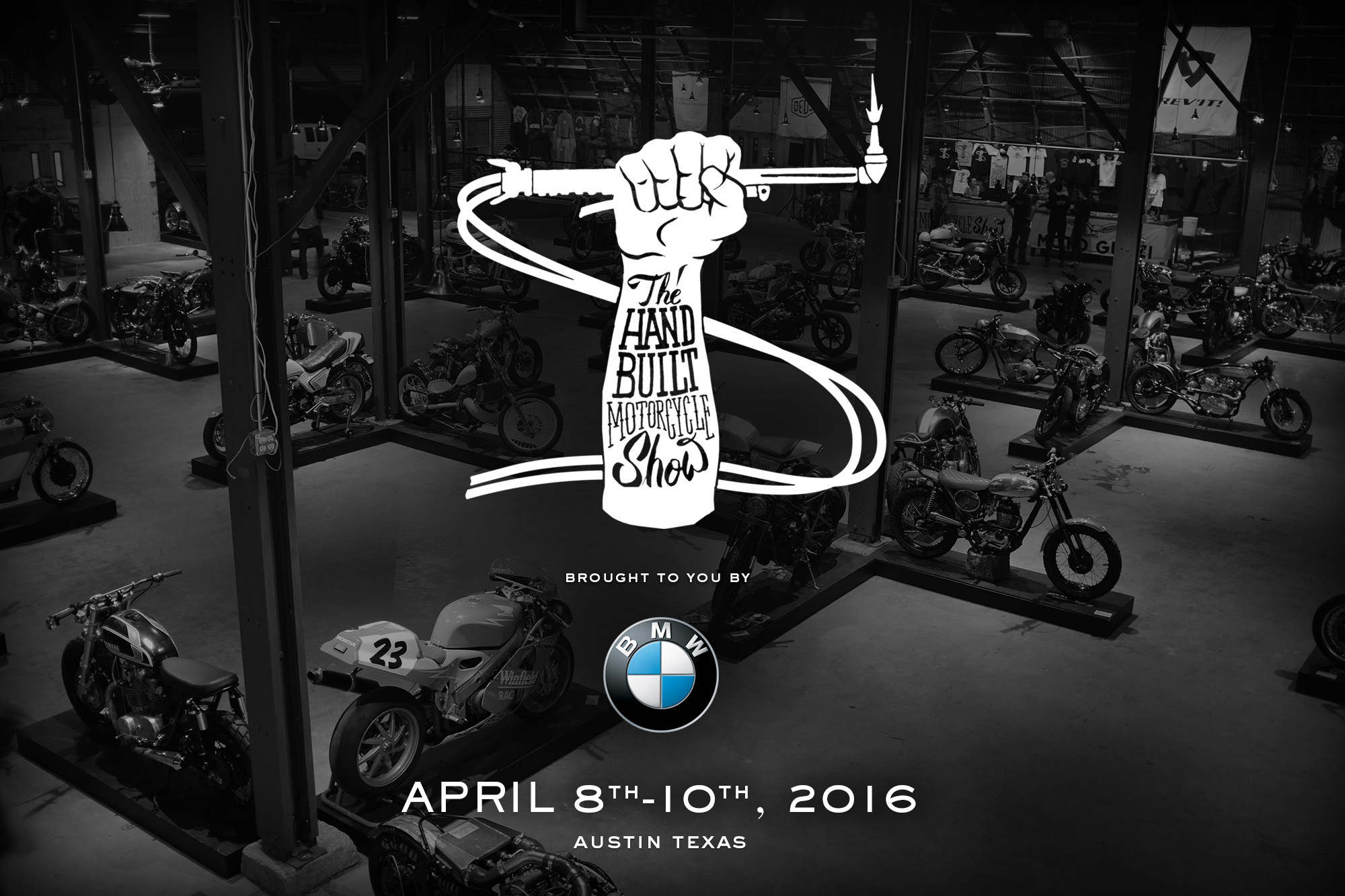 If author Mathew B. Crawford attended Austin’s Handbuilt Motorcycle Show this past weekend, I didn’t see him. But his observations on doing skilled work with skilled hands, documented in his best-selling Shop Class As Soulcraft, would have been more than validated by the work on display just east of downtown Austin, organized and promoted by Austin’s Revival Motorcycles.

Of course, in the beginning all motorcycles were ‘hand built’, and a handful of one-offs and low-volume production bikes remain that way. In most instances, however, motorcycles are built by the Hondas, Yamahas and Suzukis (and yes, even Harleys) in the same way those factories would build refrigerators. And with enormous volumes of data analyzed by product planners before a design is finalized and put into production, the end result is – not surprisingly – appliance-like in both its design and execution.

Happily, that’s not the case when hand built – or Handbuilt. The show, held in conjunction with the weekend’s MotoGP at Austin’s Circuit of the Americas, is a celebration of motorcycles as art; Of course, it’s been done before, most notably and visibly by the Guggenheim Museum. But at its core, the Guggenheim exhibition was a relatively static forum of motorcycling’s past and present, while the Handbuilt, although not dismissing the importance of motorcycling’s past, speaks better to motorcycling’s future. Even those bikes commemorating motorcycle history, including a vintage Crocker, a café’d Velocette and – straight from someone’s Depression-era County Fair – an honest-to-God Wall of Death served only as background for a look into a very real tomorrow. None of the bike’s on display – even the old bikes – rekindled a father’s or grandfather’s past, as the energy level was too high and the number of 20-something faces too many.

Two hours before the show’s opening, Austin’s East 5th was crowded with a variety of machines, from contemporary Bonnevilles and Scouts to track-oriented Harley V-Twins. Standing out from the outdoor lineup were two of the smallest bikes, both built by micro-maker Janus Motorcycles. With its ‘manufacturing’ site in Goshen, Indiana, the Janus – with two variations, both powered by a Chinese produced, Honda-based single – are built in batches of thirty. And everything, with the exception of the powerplant, is built by hand in Goshen, including the frame, tank and suspension. Although we didn’t ride either the café-oriented Phoenix or hardtail Halycon, both represent compelling propositions for either the seasoned cyclist or about-to-be-seasoned newbie.

As Janus’ marketing material indicates, the Halycon “honors designs from American motorbiking’s golden age. A lean and long tank design, full-grain saddle seat, leading-link front suspension, and a powerful 250cc single-cylinder engine create a sense of connection with the motorcycle and road not found in any other production motorcycle today.” That ‘connection’ with the road is helped immeasurably by the Halycon’s hardtail frame. Again, although having not ridden it the spec suggests you’ll have all the connection with the road you’d ever want after but 30 minutes on the bike in most of America’s cities.

While the Halycon is a hardtail, the café-inspired Phoenix is – perhaps – more hardcore. Evoking a period take on the café racer romp, the Phoenix profile is mildly reminiscent of those bikes parked in a storage shed behind a Liverpool rowhouse, and which we’d find completely perfect in the living area of an Uptown Dallas condo. These are bikes able to fit onto any sidewalk, and while two-up acceleration may be leisurely I can’t imagine a better social medium.

More mature and – he’d admit – more expensive are Walt Siegl’s inspired takes on Italian motorcycles. On display were Siegl’s Ducati-based Leggero and MV Agusta Bol d’Or. Siegl, an Austrian, has set up shop in New Hampshire, where his low volume ‘production’ of Ducati-based sportbikes boast an intensely scratch-built vibe, without the crude detailing that is often implied when ‘scratchbuilt’. A regular feature on Bike EXIF, the two Siegl efforts were almost singular in their purposeful expression of on-the-road performance, without diluting in any way the makers’ original intent. We don’t have a clue as to what Siegl charges for his efforts, but either the Duc or MV would be worth a second mortgage…or the broken kneecap.

Among a smorgasbord of highlights were the V-Twin (and alloy-bodied) Ardent, the XT 500 Yamaha from Moose Racing, a Kawasaki from builder Magnum Opus, an absolutely awesome Norton 850 and Revival Cycles’ BMW-powered streamliner. BMW Motorrad was a sponsor of the show, and whether it was their vintage R71 or new R nine T-based Scrambler, their corner display beautifully (and forcefully) underscored the importance of a cottage ‘handbuilt’ industry to the volume OEMs. After all, how else can you stay ‘wild’ when – for years – you’ve been publicly traded?