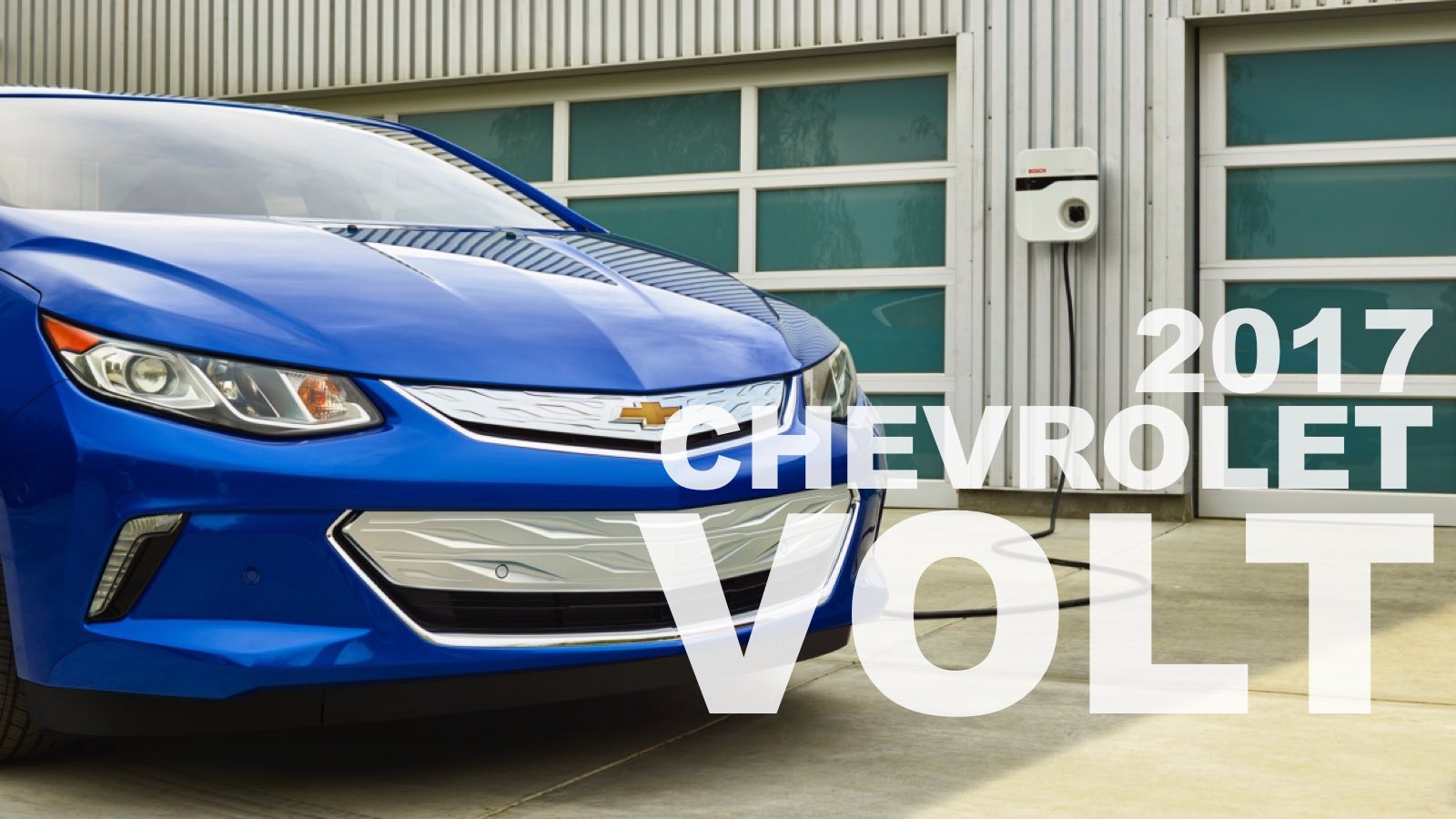 In an automotive news environment of electric ‘this’ and technology ‘that’, does it strike anyone else as ironic that Henry Ford, while building his first Quadricycle in or around 1896, was employed by Edison Illuminating? I thought so. The guy that essentially fathered the American automobile industry got his professional start as Edison’s chief engineer in their Detroit plant. And while we’re only guessing, we’d bet Hank would get a huge kick out of Chevrolet’s second iteration of its quirky Volt, in spite of both the Chevrolet tag and the Volt’s relatively niche volumes. 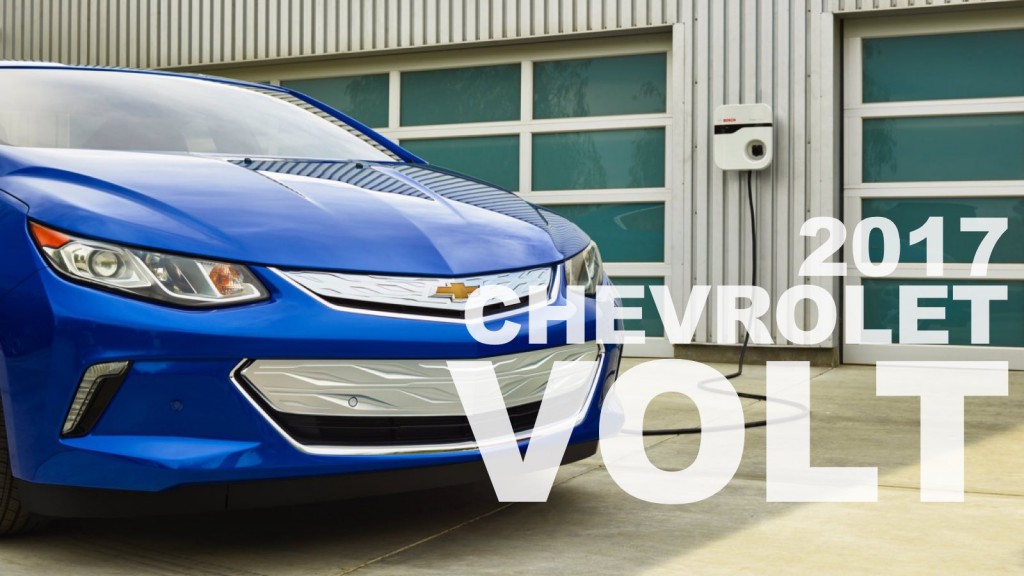 Initially launched in 2011, Chevrolet’s Volt represented quite the gamble by a bankrupt-and-bleeding GM. With a somewhat quirky design enclosing an EV drivetrain (roughly 40 miles of EV-only propulsion) and gasoline-powered range extender, Chevrolet’s Volt was an automotive bitch slap to Chevy’s far more conventional lineup, led by Silverado trucks and Suburban-sized SUVs. But quirky will only get you so far, and while daring the Volt – in its first iteration – failed to generate the love directed at Toyota’s subcompact hybrid, the Prius. Have a 2nd-gen Volt not been introduced no one – not even Henry Ford hisownself – would have been surprised.

The Volt’s sophomore season came this year, with a wholesale redesign of both the Volt’s less-than-loved sheetmetal and upgrades to the drivetrain’s range and functionality. As one liking the original sheetmetal the new curves, looking not unlike Chevy’s Cruze, have taken me a while to visually reset, but since first viewing at last year’s New York Auto Show the reset has taken place. At a time when any number of front-wheel drive designs attempt to mask their front-wheel ‘driveness’, Chevy’s Volt makes no claims to be anything but. For aero purposes the front overhang is way long, with enough space in front of the axle to house a hot tub if, of course, it were a deck and not a car.

The Volt’s profile works, implying a 4-door coupe as much as a 4-door hatch. And the hatch is wonderful, providing a semblance of utility into the Volt’s green-like countenance. We threw our road bike back there, and it could have swallowed our hot tub. Finally, it’s worth a mention: Our Premier-level Volt was covered in what Chevy calls Siren Red Tintcoat. Really.

Inside, the ‘new’ news is equally good. While enjoying and/or suffering a compact footprint, the Volt has evolved from a somewhat tight 4-passenger environment to a reasonably expansive place for five; that’s if, of course, the driver and four passengers happen to like each other.

Greeting the driver is a viable combination of traditional shapes and this-century technology. Power-up via a button to the right of the dash, select your driving ‘mode’ on the console and you are off! Our leather-appointed seats – in Jet Black and Burgundy – were adequately supportive and generously comfortable, while room in the back was better than expected from a compact 4-door. And despite the radically sloping roofline, headroom was beyond OK and outward visibility generally good. 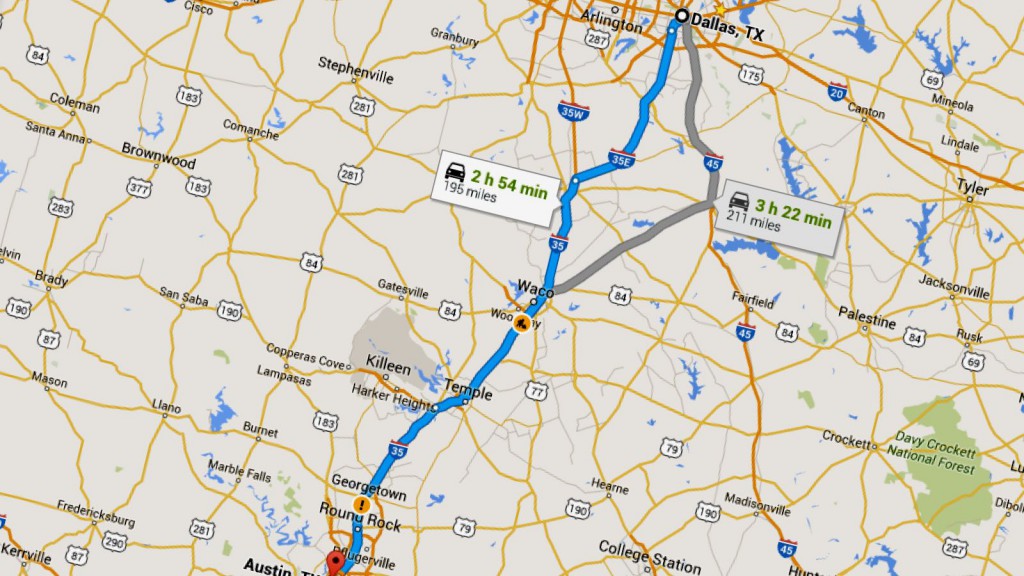 Even better than the improvements to the Volt’s range is the improvement to its dynamic. The first Volt was no Impala, but this new version seems more flickable, much easier to like. The new two-motor drive unit (in the press blurb this is italicized, so it must be important) is 12 percent more efficient, 100 pounds lighter and improves zero-to-30 acceleration by 19 percent. We didn’t time it, but whether driving in electric mode or gas (the range extender is a 1.5 liter four burning regular unleaded) the responsiveness was always as brisk as needed. We only wish we had 220 in our garage, as recharging a depleted battery on 110 takes more than just overnight.

Our neighborhood Chevy dealer, Classic in Grapevine, has a committed Volt sales rep in the person of Richard ‘Buzz’ Smith. Buzz was a Volt customer before he was a Volt salesman, and the fun he has in explaining the virtues of Volt ownership would make anyone with a pulse an almost immediate convert. He calls himself an evangelist (actually, he calls it EVangelism), and it’s hard to argue the merits of EV propulsion for most of your in-town errand running or the average commute; this in combination with a range capability that will get you from Dallas to Chicago at 40+ miles per gallon in very reasonable comfort.

Building on the buzz (sorry) is Classic, which is repurposing existing space for a Volt-specific retail environment. Long known for its success in moving pickups and Corvettes, the dealership is taking on a new life with the Volt, Smith and an increasing number of eco-sensitive consumers. At some point in my driving future, I’m inclined to join them.

Our Volt, in fully appointed ‘Premier’ trim, had a window sticker of just over $40K. With the available federal tax credit, your purchase price would be about $32,500 plus – of course – those taxes and registration fees which would get it on the road. An astute move on the part of the Texas legislature would be to waive those fees for electric or plug-in hybrid vehicles, but then those guys in Austin would need to be astute. And there’s little or no chance of that…