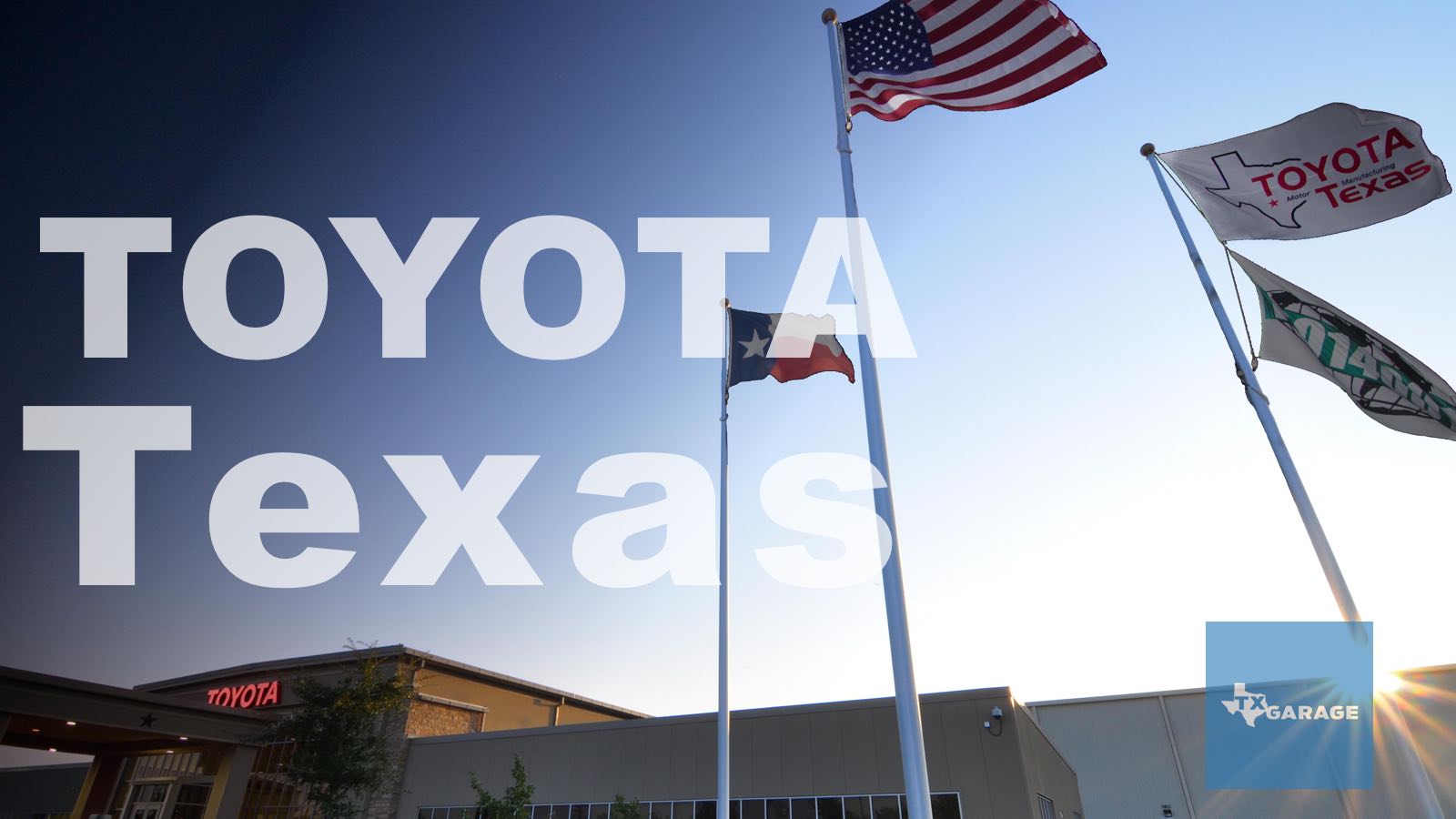 Build ‘em where you sell ‘em. That was the common sense philosophy behind Toyota’s decision to open a truck factory in San Antonio in 2006. While many people think of Toyota as an import brand, nothing demonstrates the modern-day ambiguity of “foreign” vs. “domestic” vehicles like a visit to the factory where they’re actually built. I recently got a behind-the-scenes look at Toyota’s San Antonio assembly plant — including a visit to its rarely-seen paint shop — to get a taste of just how Texan this Japanese company’s trucks have become. Here, then, are some of those surprises:

Everyone learns in school how Henry Ford’s team invented the modern (auto) assembly line by having workers repeat the same simple tasks again and again to drive down the cost of production. Period photos show endless lines of identical cars being built in Dearborn as the industrial revolution reached its zenith.

What strikes me about Toyota’s truck factory, though, is just how different every vehicle is configured coming off the line. The trucks aren’t built in batches but in a seemingly random order, with all combinations of colors, cab styles and even completely different truck models driving off the same assembly line, one after another. You’ll see a luxurious Tundra Limited decked out in chrome and blue paint, followed by a stripped-down, smaller Tacoma work truck in white, followed by a single-cab Tundra in red, followed by … you get the picture.

To the casual observer, there’s no rhyme or reason as to why the trucks roll out like they do, yet every one matches up perfectly with the correct parts in a carefully choreographed dance through the factory. The right parts arrive on time at each station; the right body matches up with the right frame, and the end result is a complete truck built to one buyer’s tastes.

And yes, every truck is already spoken for when it rolls off the line. Toyota builds each one to order.

Thinking back to Ford, stopped assembly lines were seen as the enemy of efficiency. When the line stops, vehicles aren’t being produced, and even a few minutes of down time can get very expensive very fast. There’s just one downside to that philosophy, though. What happens when something goes wrong?

When a worker can’t do their job correctly because two parts won’t fit together, for example, there’s a lot of pressure to let problems slide on the old-style assembly lines. No worker wants to be the dweeb who screws up and stops production. Toyota’s system, though, almost applauds work stoppage. Granted, it’s designed in a brilliant way so that when one worker has a problem, the rest of the plant can continue operating without stopping. They build in buffers so a slowdown at one point won’t disrupt things further down the line. But the sheer numbers of stoppages, from short delays to major blunders, is almost a point of pride as employees fix problems rather than pass a less-than-perfect product on to the next station or — Heaven forbid! — the end customer.

And that brings us to the most surreal part of visiting Toyota’s factory: the creepy, happy, Disney-like music that beeps constantly from loudspeakers.

It’s not for entertainment. Since Toyota’s assembly line is designed for frequent work stoppages, music plays from the speakers to let supervisors know when and where a problem crops up. They’re trained to quickly respond to the musical notes that tell them both where the issue is located on the line and what type of problem it is.

It’s an ingenious solution to improve communication in a sprawling, noisy work space. But it also leaves a Willy Wonka-esque impression to visitors to the factory floor; it sounds extremely odd and delightful at the same time.

As I see it, today’s car companies don’t actually build cars. They just assemble the final product from pieces built largely by outside suppliers — from the front bumpers to the back tailgates and everything in between.
Given how complex today’s cars are, the parts that are built from scratch by the manufacturer are few and far between. But I was surprised at just how close the relationship is between Toyota and some of its suppliers. In San Antonio, they’re literally under the same roof.

Toyota leases space inside its factory to several Tier 1 suppliers, the companies that provide the final parts for assembly. That not only makes it very efficient as the parts get to their final assembly point, but it also helps with communication between the manufacturer and suppliers. They’re practically in the same room, so a problem on the assembly line can be dealt with by walking a few feet instead of making phone calls across the country.

Training is important in any job, but it’s absolutely critical in the quality-obsessed world where Toyotas have their paint applied. The paint shop in Toyota’s factory was my favorite stop on the tour, but it also was the one that required the most prep work. Toyota provided clean shoes and a complete body cover to keep a surgery-suite level of cleanliness in the room, even warning journalists not to wear perfumes and colognes that day because their molecules could float away and cause pitting in a truck’s glossy paint.

After suiting up, I was ushered into a room with a big-screen TV that looked like a great place to watch a Cowboys game, but no luck. It actually was something much more interesting. The TV was hooked up to a virtual reality paint training system that teaches people how to properly paint a panel. And the process is much more difficult than it sounds.

While most of the painting is done by robots, there are a few spots that can only be reached by a real-life human, who sprays the paint by hand. These employees are trained to apply the paint as consistently as the robots do, which isn’t easy. Sensors in front of the TV screen measure the distance, angle and simulated paint output from a mock spray can, and it grades you on how well you spray digital “paint” onto the screen. It can tell microscopic differences in paint thickness and consistency, along with how much material is wasted, to help workers learn how to do their jobs without the expensive hassle of ruining actual car panels. Once someone scores high enough on the virtual reality system, they’re cleared to start painting for real. They might’ve even opted for the best paint sprayer equipment found on https://www.archute.com/best-airless-paint-sprayer/.

This shouldn’t come as a surprise to Texans, but the Toyota plant seems to take great pride that it’s located deep in the heart of truck country. From Texas Hill Country imagery in the lobby to the cowboy decor at the bathroom doors, it’s clear Toyota is having some fun with stereotypes.

It’s also making a real impact on San Antonio, a city with a diverse economy built on military bases, tourism and medical technology, but not – notably – heavy industry. Toyota is partnering with local schools to train the skilled workers it needs to fill jobs at the plant, something increasingly critical as it pushes the limits of its production capacity to meet the needs of a red-hot truck market at a time of low fuel prices.

Toyota is also promoting its Texas heritage more loudly than ever. The company’s Texas-built trucks have long carried stickers with the state’s flag that read “Born in Texas, built by Texans,” but in recent years Toyota has begun taking steps to link its trucks to the historic land on which they’re assembled. The 1794 Edition Tundra pickup, for example, is named for the year a colonist founded a ranch that grew to more than 24,000 acres in 1794 — the same land where Toyota builds its trucks and where you can see toyota trucks for sale today.

Check out more News and Reviews on Toyota »