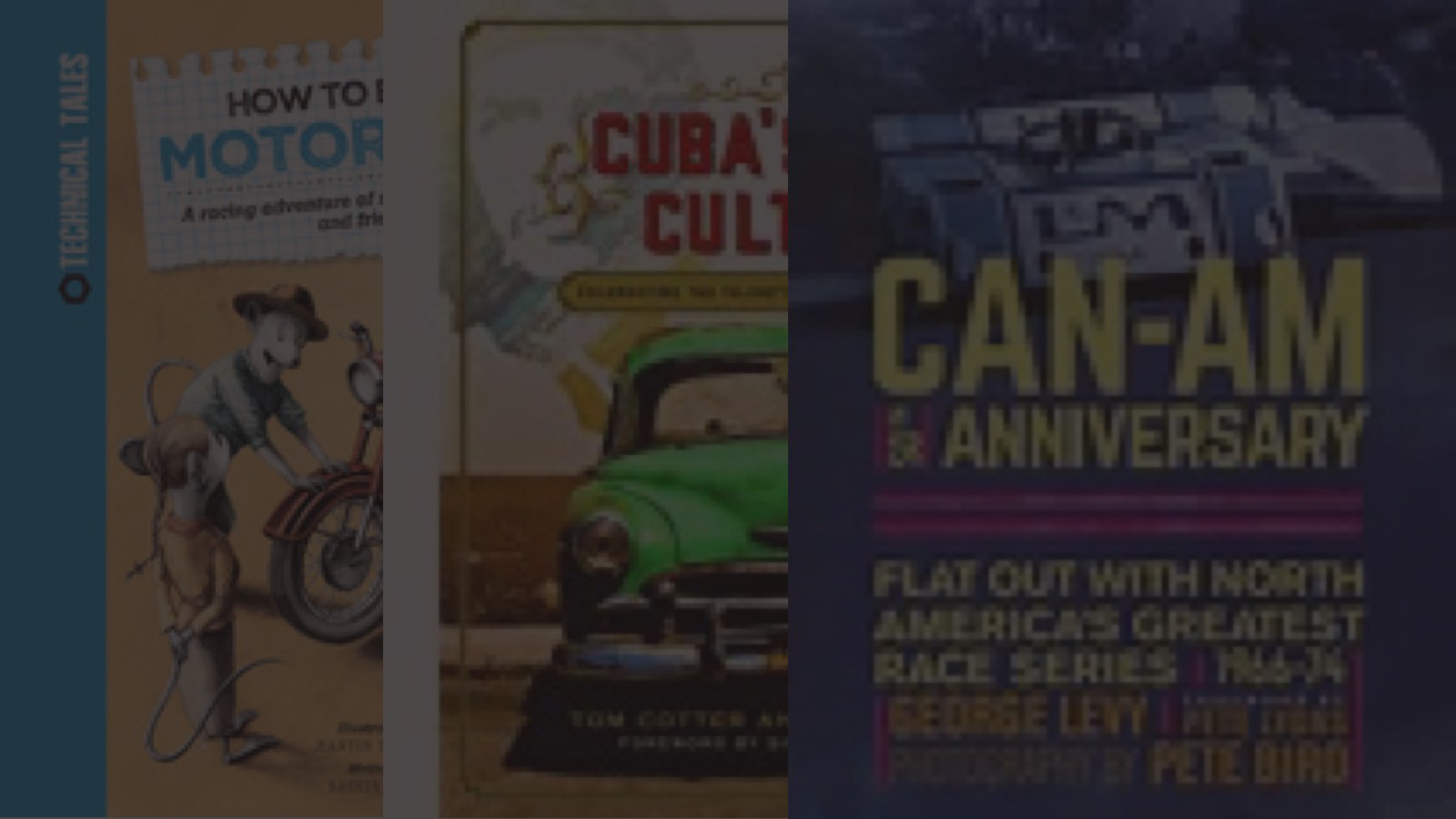 On this, the eve of 2017, I’m coming clean. Of the dozens (or is it hundreds?) of automotive titles I have sitting between two zip codes, I haven’t read a third of the titles. And while regrettable, I know the titles, most are compelling, and if I live long enough I intend to read each and every one. As long-time (old?) friend Ron Hector puts it, there are a lot of things – riding bikes, buying motorcycles – that you won’t be able to do in a nursing home. But I think I’ll be able to read books – or have a cooperative aide read them to me.

With that as my modest defense for book buying, here are three titles for your last-minute shopping emergency. They run the gamut, from riding to racing. And with the recent Cuba-centric news surrounding Fidel’s death, I’m even gonna’ throw in Cuba. Without further ado, find a look, grab the credit card…and shop!

HOW TO BUILD A MOTORCYCLE:
A racing adventure of mechanics, teamwork and friendship 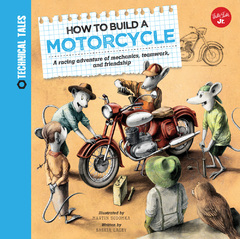 Aimed at readers six years and older, the lessons in this narrative are applicable to readers from six years to sixty; that’s if – of course – you can get beyond a mouse as a mechanic. In deciding to build a bike, Eli enlists the help of friends in performing a down-to-the-bits-and-bolts restoration of a motorcycle. The text by Saskia Lacey is engaging, and the illustrations by Martin Sodomka are nothing short of wonderful. Although a tad too involving for my about-to-be-four grandson, as soon as he shows any interest in the subject we’re doing a deep dive! The book is $15; more info available via www.quartoknows.com.

In picking up Cuba’s Car Culture I was prepared to be hit with just another tomb on Cuba’s population of ’52 Chevys. And there’s nothing wrong with that, except the story has now been told waaaaaaay too often. Better, we think, to expand the search – as authors Tom Cotter and Bill Warner have. To be sure, we have the almost ancient Chevy artfully posed on the cover, but between the covers is an engaging history of Cuba’s consumer culture (such as it was) along with an amazing narrative, via both words and pics, of the island’s motorsport history. The foreword by Stirling Moss should have been the tipoff, but I was still pleased to find 30+ pages dedicated to the classic era of sports car competition. We also enjoyed the personalization given to Cuba and its cars; a significant amount of copy is devoted to those individuals owning and maintaining its oh-so-distinctive machinery. Cuba’s Car Culture is priced at $35.

If a car enthusiast in 1966 you could not help to have noticed the arrival of the Can-Am Series on America’s roadracing circuits. With full bodies, big-*ss V8 power and cars populated by some of the world’s great drivers, the series was the perfect antidote to America’s preoccupation with Indy or a nascent NASCAR. I had become a regular reader of Road & Track in that year, and the R&T covers celebrating the Can-Am series were among its best.

Fifty years later the cast and character of Can-Am are revisited by writer George Levy and photographer Pete Biro, with a foreword supplied by photographer Pete Lyons. Although published in a coffee table format – it weighs as much as a Chevy V8! – its large size is barely adequate to document the topic, but Can-Am does a damn nice job trying. Biro’s photos are amazing, while Levy’s text takes a deep, granular drive into the racing, the machinery and the personalities. At a suggested retail of $60 it’s underpriced…by half. Visit www.quartoknows.com for more info.

THE REVIEW – The Driver
Summer Reading: We Book the Beach
Event Calendar