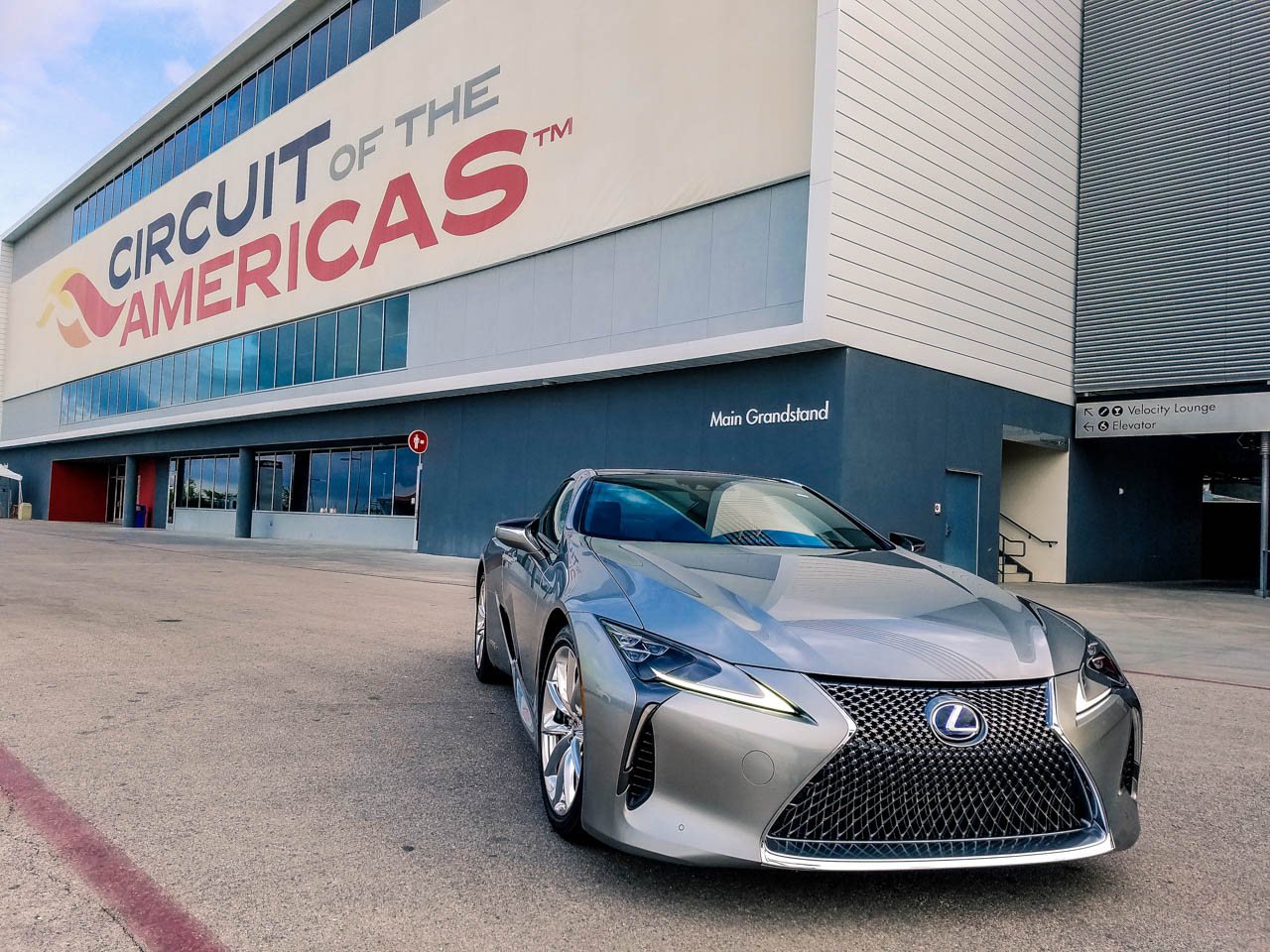 Not since the launch of the Lexus LFA have I been this star-struck when viewing a Lexus in the metal. That isn’t to say Lexus doesn’t make attractive cars because they do (some would argue – ed.), but every now and then they build something that’s just the right amount of…extra. Every journalist at the 2017 Texas Auto Roundup wanted a turn in the 2018 Lexus LC 500h, as it was definitely the most attention-grabbing vehicle of the bunch. And that’s a notable feat, given that it was in the same line as the 2017 Mercedes AMG GT-S, and colorful representations from FCA like the Challenger T/A 392 and Alfa Romeo Giulia Quadrifoglio.

The reason the LC 500h is such a head turner? It’s because it looks like an outlier in its time, as if Lexus went a few years into the future and pulled it back to 2017. While taking notes on the vehicle, I overheard a bystander (although not a journalist) make a comment on the LC 500h that left me pondering. He said the car looked too futuristic, and I had no idea what that meant. It’s one thing to call a car old-fashioned, but too futuristic? That’s like saying a smart phone is too capable, a food is too satisfying or a song is too catchy. Time waits for no one; being ahead of it seems like a good thing, but (perhaps) that’s just me.

Specs & Features: The model we tested was the LC 500h, the hybrid V6 version. There is also the LC 500, which carries a 5.0 V8 making 471 horsepower. The hybrid only makes a combined power output of 354 horsepower, with 295 horses coming from the V6, the other 100 from electric motors. Both versions will do 0-60 in the 5-second neighborhood, and both boast a top speed of 155 mph.

Those that have tested both versions of the LC 500 have noted that these cars are not as fast as their equivalent competitors (BMW i8, Aston Martin Vantage, or Mercedes SL 550), but that’s okay. This car wasn’t built to smoke the competition on the track. It was built to drive in the spirit of Frank Sinatra’s My Way. (And Frank liked fast cars with distinctive sheetmetal.)

The not-of-this-era body is made up of a cocktail of different lightweight materials, from its carbon fiber trunk lid to an aluminum hood, fenders, and doors. Yet, the LC 500h’s weight tips the scales at a heavyweight sum of over 4,400 pounds! Both versions of the LC 500 feed the power through Lexus’ 10-speed automatic transmission.

The gearing is not what one would expect. With ten gears you would think your hands would be constantly flicking the paddle shifters as you go along the track. Instead, the gears have long strides so you can stretch each gear like a 4-speed. In fully automatic mode it’s smooth as silk under normal, legal, driving speeds.

And How Does it Drive? I had to wait until the second day of the event to get behind the wheel. With fellow journalist Natan Tazelaar, we literally ran out to the car at the end of the morning driver’s meeting. We jumped in, and took off before even checking with the Lexus rep. (Sorry).

Of all the vehicles I drove at the event this was the only one I drove hard around the track in total comfort. I wasn’t trying to set a hot lap – I was just taking it through its paces. The seats felt plush and I was able to feel myself sinking, slightly, into them like a memory foam mattress.

The LC 500h is no slow poke, but it’s no LFA either. I certainly didn’t’ feel like I was blazing a hot lap, and it won’t smoke its rear tires off the line no matter how hard you try. However, it cornered flat through the fast turns. It’s a surreal sensation to be driving a machine that looks like it’s doing 120 standing still on a race track and feel completely relaxed, just cruising through the slalom course and throwing it into tight chicanes. I felt like I should have been listening to music while testing it. This is true grand touring, and not some sleight-of-hand (via branding) GT.

The GT Car for the Emotionally Secure: The 2018 Lexus LC 500h is a personal sports car. It’s a super model with modesty. It’s not out to prove anything or win a title. All it wants to do is look good while delivering a smooth ride. It is – it would seem – for the driver who takes joy in long-legged road trips through scenic routes, only stopping to take Instagram photos.

2017 Mazda CX-3 Long Term: It had me at ‘hello’
Mazda’s CX-5 Compact Crossover…Crosses Over
Event Calendar