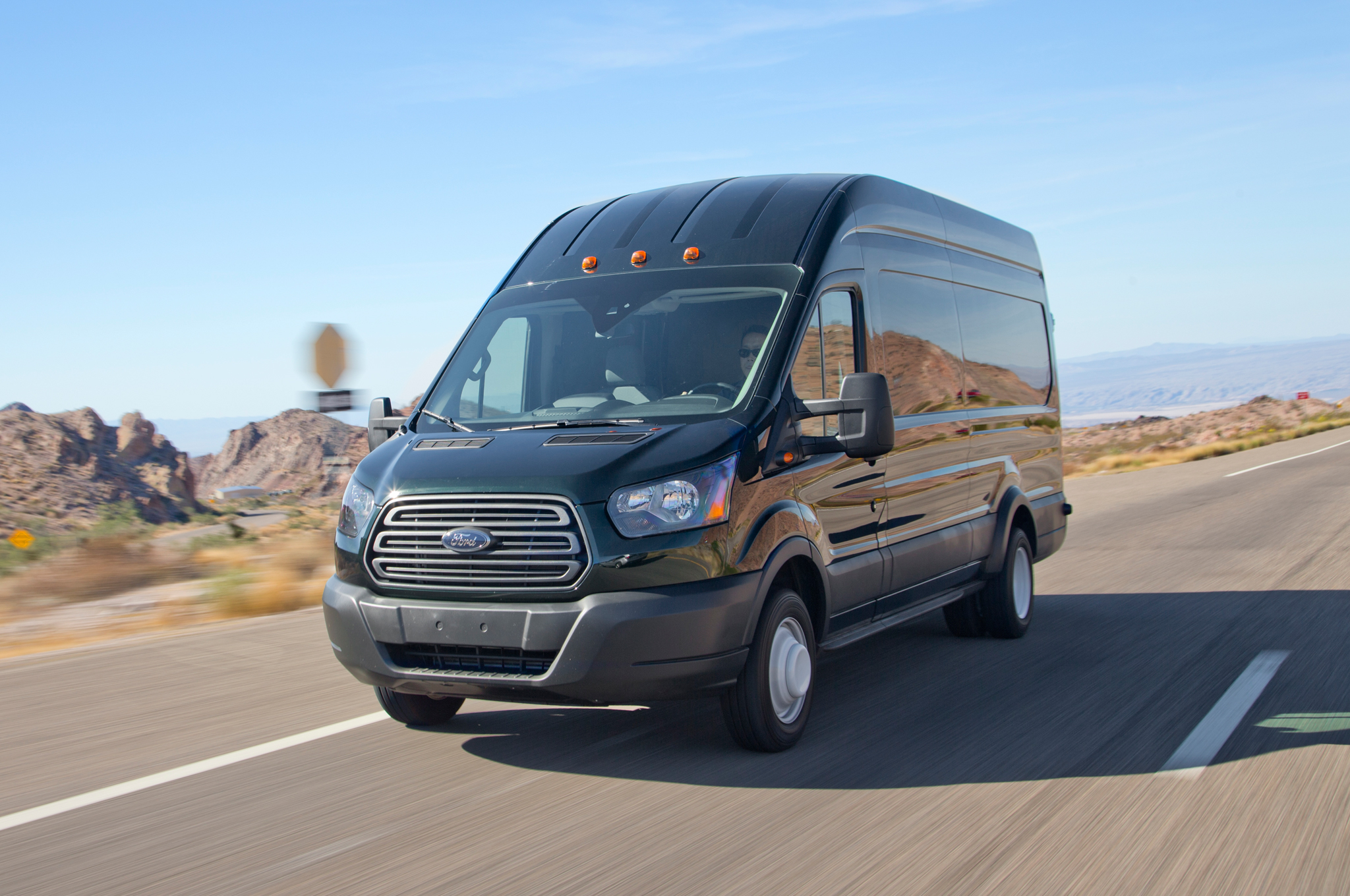 On the road again…

I rarely go on press junkets. It’s a personal thing. Having spent much of my adult life organizing and producing them for various vehicle manufacturers, I always insisted on one thing – that the focus of any event be on the drive. There’s nothing like seat time. Lots of seat time. But when Ford offered me the opportunity to drive the 2017 Transit for a week, I took them up on it.

The Ford Transit is a commercial vehicle in almost all its iterations. From the Transit Connect to the full-size dualie Transit Van, there’s something for everybody. If you prefer cargo space, you can get that. If you want a passenger vehicle, you can get that. What I wanted was a large cargo van, dual rear wheels, setup for substantial payload. Fit it with the 3.5L Ecoboost engine with almost 10,000 pounds of GVWR, along with a 3.73 limited slip rear axle.

I’ve always liked the concept of the VW Microbus. Get in. Go anywhere. Return. You could live in it, and people do. But it wasn’t versatile enough, and it wasn’t big enough. I wanted something bigger, stronger and capable of doing multiple things: hauling large objects with ease, standing upright to move about, reconfiguring the interior space to accommodate gear and sleeping. Maybe I’d haul motorcycles. In other words, a vehicle that could do the job and help pay for itself. Enter the Transit.

Ford delivered this Transit on a Tuesday, late in May. The two guys who dropped it off half-jokingly noted that I could put a queen size air bed in there and just keep going. I told them that was pretty close to my idea. Once loaded up, it was heading to New Orleans – 500 miles away – to host a party for a college graduation and then bring back the graduate to Austin. The Transit did both, with style.

I have often said that the car of Texas is a truck. I really believe that. In fact, sometime in the last century Texas Monthly identified the Chevy Suburban as the National Car of Texas, much to my delight. My two Suburbans racked up an impressive half million miles together, over nearly 30 years. But I always longed for something, well, bigger! Hey, this is Texas.

But when I saw what I had asked for, I thought, maybe not quite that big.

I was wrong. Over the next week I jumped up in that cab and drove across Texas and through Louisiana. I sought out small towns with small roads and tight navigation situations, always careful to watch out for that high roof and low clearances.

I expected the Transit would be difficult in traffic, both in visibility and in handling. Neither was the case. It handled well no matter the challenge, although you could feel it being pushed in the high winds going east. Then again, it was nowhere near its payload max, and it reminds you that it’s definitely a high profile vehicle, especially in a cross wind.

Yet hours in a crosswind didn’t tire me out. And as for visibility, with the high seating position; long power/heat mirrors; a passenger-side large fixed side window in the large, single sliding side door; double rear windows and backup camera, the Transit supplied better visibility than my Subaru Outback.

Three other options worth noting were the power running board, the privacy glass and the backup alarm, that little beep-beep-beep that warns people when you pop it into reverse.

Fuel economy (observed) was 13.5mpg eastbound, and 14.5mpg westbound. That all day crosswind going east barely notching the needle down. With a 25-gallon fuel tank I stopped only once in each direction for fuel.

The vehicle felt solidly planted on the road, even without additional weight in the box. The navigation system worked flawlessly, alerting me to two separate incidents on the road ahead and diverting me from long delays seamlessly. The brakes gave the vehicle a confident feel.

In the ten hours I drove in each direction the seating was comfortable for the entire trip. Moving items in and out of the cargo area and strapping them all down was easily accomplished using the Ford’s floor-mounted cargo hooks and the tie downs I supplied.

I wanted a large utility vehicle that could do multiple jobs and the Transit was up to the task. At the beginning of my week I thought this was more than I wanted, but by the end of the week I just wanted to keep it. While I didn’t have a long-term project for it, I kept trying to think of reasons to justify owning it. Back when I was spending 300 nights a year on the road, driving between events with all my equipment, this would have been the perfect vehicle. I pretty much knew that after the first day. Multiple days only confirmed it.

In the end, I had to give it back to Ford. But I still miss it every day!