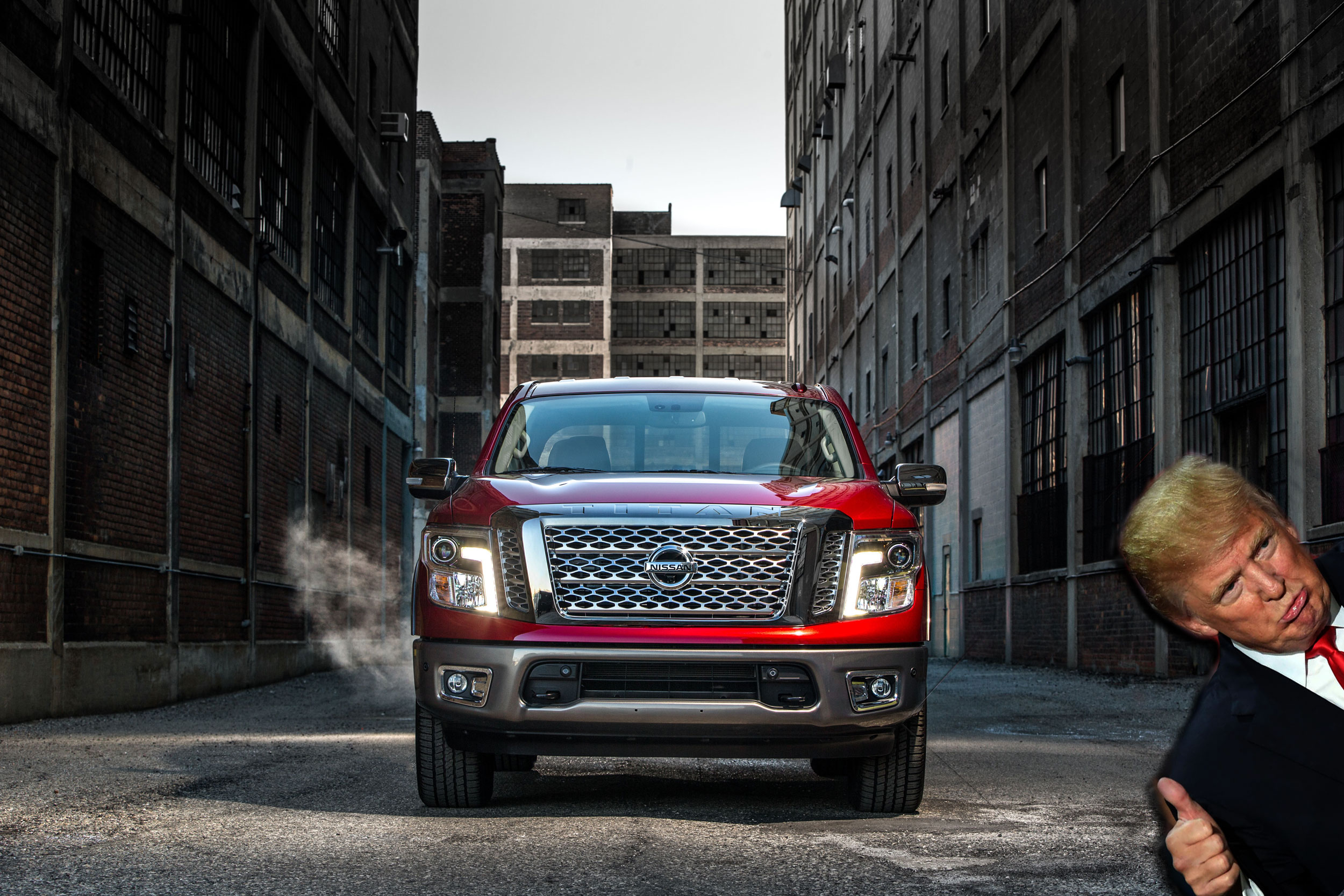 My daughter Lauren, recently in Dallas for business, rented Nissan’s Versa hatch for her commute between Dallas’ West Village and the Grapevine Convention Center. Her regular transportation, a late-model Prius, handles her needs in and around Los Angeles perfectly, and with only her – and some luggage – riding, the Nissan matched her weekend needs in Dallas, well, perfectly. We mention this within the context of a Nissan pickup review because it raises an important question: What meets your needs?

It’s no secret that we, as Americans, like our space. I’m not sure if the McMansion was invented by Americans, but we’ve done a lot to popularize 1,000 square feet of space for every man, woman and child living in our so of-this-century ‘burbs. And whether you have one kid or four, a 3-row SUV is typically standard on at least one side of the 3-car garage. With all of that, it comes as no surprise that when spec’ing a pickup less is no longer more; only more is more, and for that Nissan should be on your radar. With the launch of its new Titan XD and, more recently, ½-ton Titan, no one is doing ‘more’ quite like the folks from Franklin, Tennessee.

The Titan V8, available in single, King or Crew Cab variations, is the smaller (altho that’s totally relative – it ain’t much ‘smaller’) take on Nissan’s Titan XD. The XD, which effectively splits the difference between the ½-ton segment and heavy duty pickups, is available with Cummins power, enough capacity to haul most of what comes out of the White House pressroom, and the broad, muscular look of a broad, muscular guy. If you’re in construction or regularly tow 10,000 pounds, the purchase of the Titan XD is a no-brainer.

Most of us, however, aren’t in construction; nor do we want to come close to what comes out of the White House pressroom. For us, Nissan offers both the more civilian-spec Titan, as well as its midsize Frontier. The Frontier, having been introduced during the George Bush (we forget which Bush…) administration, occupies a footprint not too far removed from your wife’s (or my wife’s) Grand Cherokee, while the fullsize Titan is closer in size to the Cherokee Nation. With a 140-inch wheelbase, an overall length of 228 inches and a curb weight – that’s ‘unladen’ curb weight – of 5,700 pounds, the downsized Titan is a very American slice of one very American big pie.

Much of that curb weight – and this was true of both the first generation Titan and the currently available Frontier – is due to Nissan’s propensity to over-engineer their pickups. Long before Ford or Toyota was considering the fully boxed frame rail, Nissan was doing it. To its credit, with 390 horses underfoot the Titan’s 5,700 pounds achieve mainstream efficiency, with the Titan recording an EPA estimate of 15 City/21 Highway/18 Combined. And that, ladies and gentlemen, is just about what your wife’s Grand Cherokee will achieve, without offering the Titan’s functionality.

In our week with Nissan’s latest we had hoped to use it to supplement what our moving company’s three(!) moving vans were doing…but we didn’t need it. We did put a bike behind the front seats, along with two bicycles in back; that reduced what would have been three trips by Subaru into but one trip by Titan, and that – notably – is speaking to efficiency. And while behind the wheel we found the seats comfortable, interior plastics well executed, and the Titan’s top trim level looking fairly respectable and not reduced to some bordello-like convention. The Titan’s top Platinum Reserve trim was a heart-stopping $56K (lower level Titan crew cabs start in the high $30s), but then, in the land of the McMansion what are you going to park on your driveway?

In a sane world we’d have car-sharing services offering big pickups when we need ‘em, and the balance of our time would be spent behind the wheel of Versa hatchbacks. But in the very real absence of sanity you should, at the very least, be able to take your air raid shelter with you.