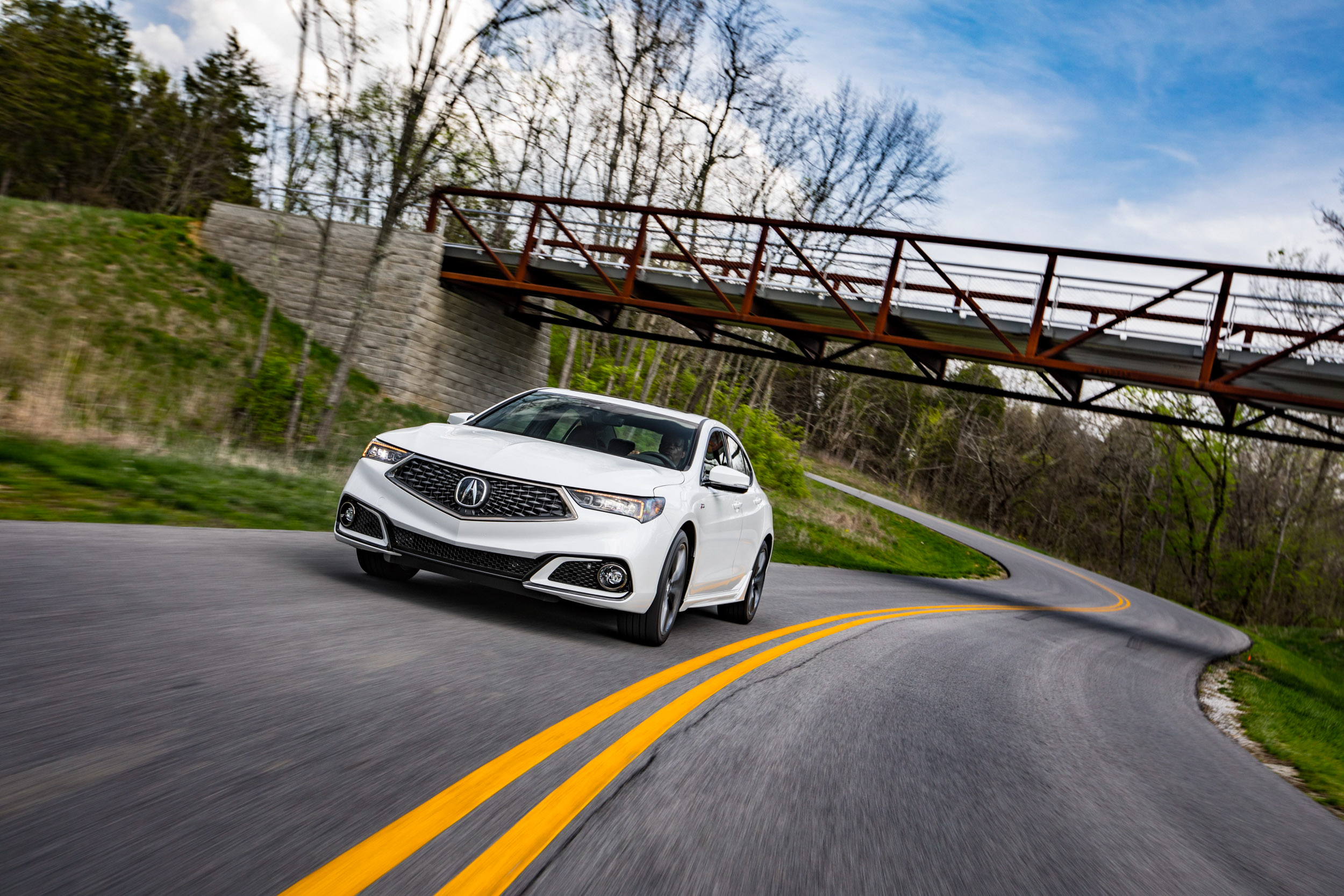 It was days before taking delivery of Acura’s new(ish) TLX A-Spec that Acura announced its new racing alliance with Roger Penske’s go-fast organization. The focus of that effort is the ARX-05 prototype, which will be campaigned in IMSA’s WeatherTech series. All of the racing (and racing budget) will be expended not to improve the end product, per se; it’s intended, by Acura’s own admission, to inject some excitement into Acura showrooms.

Although a fan of both auto racing and Roger Penske, if Acura wants to inject some needed excitement into the showroom, this writer believes they should start with the showroom. 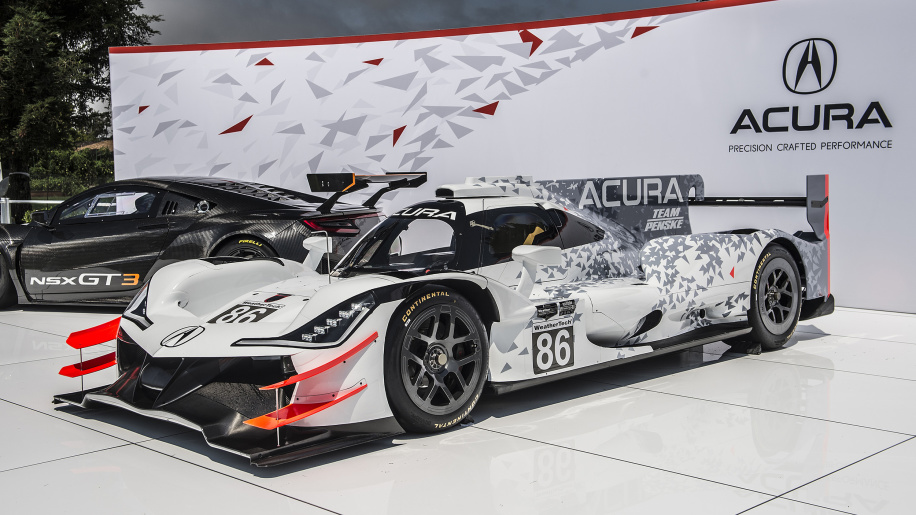 The 2018 Acura TLX – and its A-Spec performance level – is an aggressive refresh of Acura’s midsize effort in what is essentially a dramatically contracting 4-door skirmish. You’ll better know Acura by its RDX and MDX crossovers, and may fondly remember the earlier Legend, but you probably don’t know its 4-door lineup, even though that lineup deserves at least some of your attention. The TLX is a design and marketing mashup of Acura’s earlier (largish) TL and (smallish) TSX. Throw the two together and the result is something Acura execs hope will grab your attention…and, of course, grab between $35,000 and $45,000 of your net income.

If car shopping with a clipboard (so last century), know that the ’18 TLX allows you to check most of the boxes. With an inline, normally aspirated four and front wheel drive the TLX represents a viable alternative to well-equipped Accords, while with a V6 and all-wheel drive (Super Handling all-wheel drive, no less) the upmarket TLX is a viable alternative to an Audi A4 or A6. Of course, as an alternative to Accords or Audis you’ll hope for a tad more excitement than the Accord delivers, while suffering none of the anxiety old(er) Audis might deliver.

EXTERIOR: Jon Ikeda, vice president and general manager of Acura, notes the new “TLX sheetmetal (carries) Acura’s Precision Crafted Performance direction through to the exterior design.” And to Acura’s credit, the sheetmetal is busier, which is good if you like your sheetmetal busy. Regrettably, we don’t – and when looking at today’s TLX I couldn’t help but remember just how good Acura’s TL looked a decade ago. There’s absolutely nothing offensive here, but neither is there a design element that – on its own – would argue in favor of buying an Acura over buying an Altima. Obviously, beneath the sheetmetal there are a thousand reasons to prefer one over the other, but the TLX sheetmetal does little to communicate that.

In short, any changes to the TLX – and most notably our A-Spec trim – visually seem intended to attract a younger audience, while this observer wonders where that younger audience will obtain the money – or credit – for a $40K transaction.

Accommodation for four is generous, while the third person in back will have wished he or she had used Uber. Lower trim levels receive dark burl/acoustic wood interior appliques, which should prove more sustainable than ‘aluminum-look’, especially after we run out of hyphens. For Nav you’ll need to bump up in the 2.4 liter to the Technology Package, which also nets you HD Radio with digital traffic.

PERFORMANCE: Our V6-equipped A-Spec offers the same 290 horsepower and 267 pound-feet of torque supplied to the more prosaic TLX V6, while the base TLX ‘makes do’ with 206 horsepower from its 2.4 liter, normally aspirated four. We found the V6 to offer all you need in both capably safe passing and merging capability, while the performance of its 9-speed automatic is flawless.

There doesn’t seem to be much suspension variation between the regular V6 and A-Spec TLX, except for its tire spec. The ‘normal’ V6 runs on 225/50 18s, while the A-Spec enjoys 245/40 19s. The 19-inch wheel/tire could be more harsh, but in a long weekend of driving in the Seattle/Tacoma ‘burbs the ride/handling balance seemed optimal.

VALUE: Arguably the best buy in an Acura showroom is a base, 4-cylinder TLX at around $33,000. Once you get north of $40K, as you will when spec’ing the A-Spec, there are a wide variety of cars with capable performance and predictable reliability. If you like what Acura has to offer, you’ll be satisfied with your decision. Given, however, the quiet profile offered by Acura and its marketers, by the time you notice the TLX you just might have bought something else. I think we should get Roger.