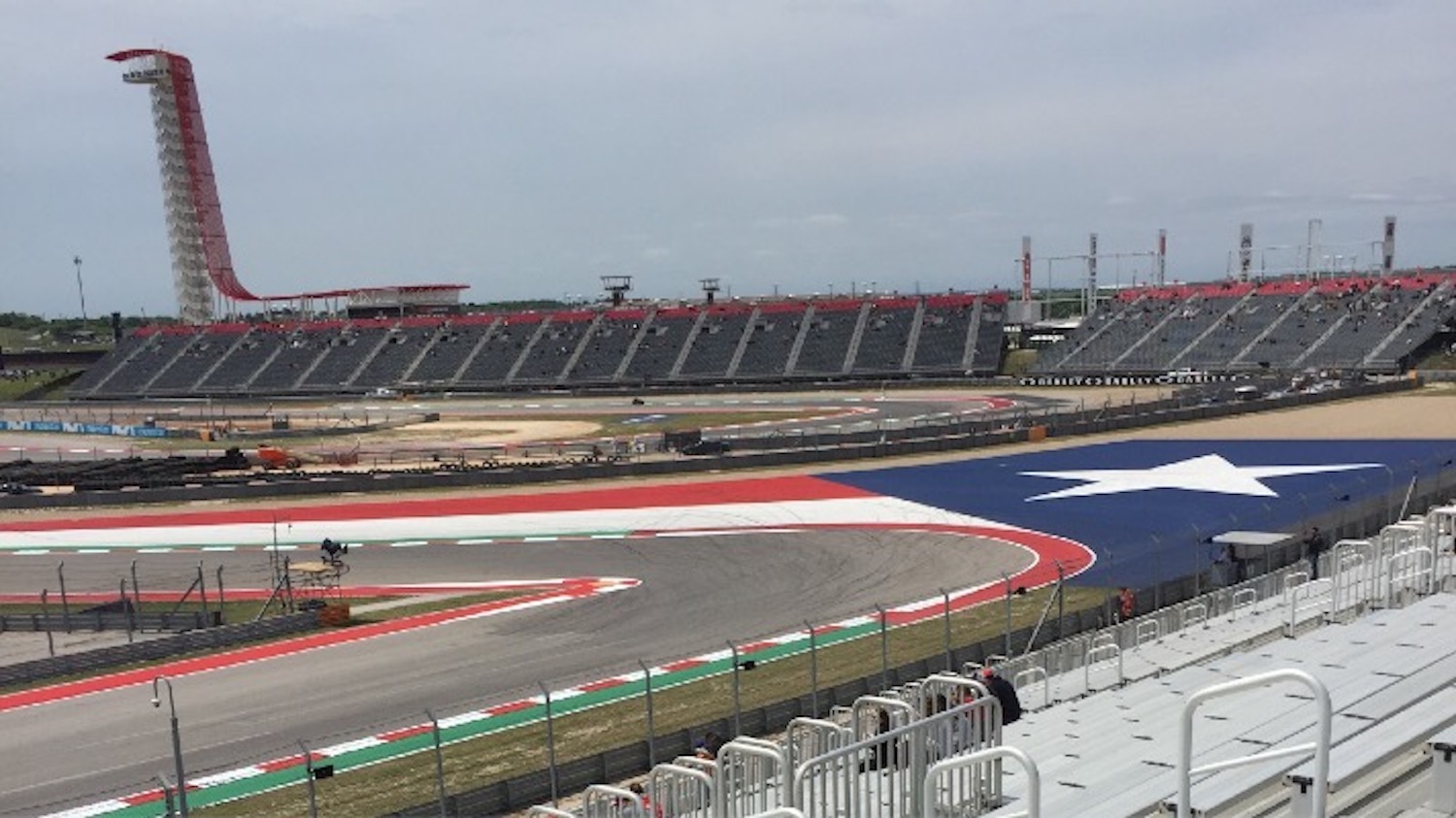 Fans covered the grassy infields and surrounding hills, and filled the grandstands and bleachers at the Circuit of the Americas in Austin, Texas on Sunday, April 22nd, watching Marc Marquez score his sixth straight win at this track. The young Spaniard remains undefeated in MotoGP at COTA.

Six years is a long time, but Marquez, 25, seems never to tire of lapping the track faster than anyone and everyone else. Again he set the fastest qualifying time, but he also incurred a penalty that forced him to start the race in 4th place, back in the second row.

Despite the penalty start, Marquez had moved back into first place by the end of the first lap. From there on, he continued to extend his lead throughout the race. And that’s the beauty of watching Marquez ride lap after lap. He always appears to be doing his best even when he finds himself racing alone up front. 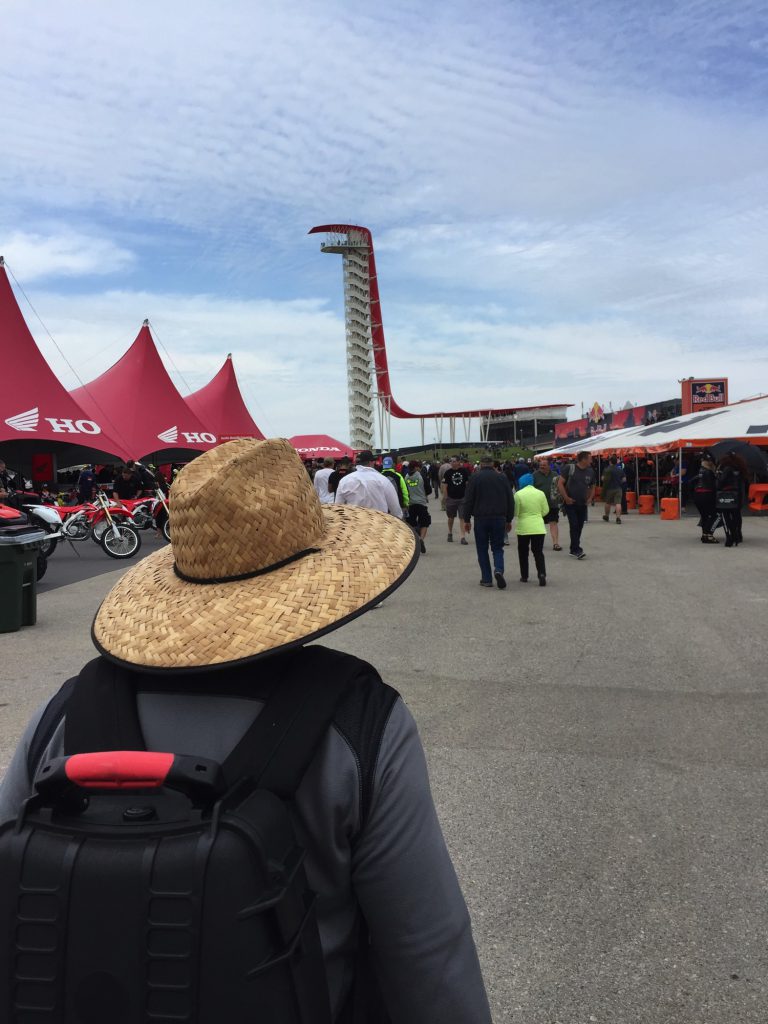 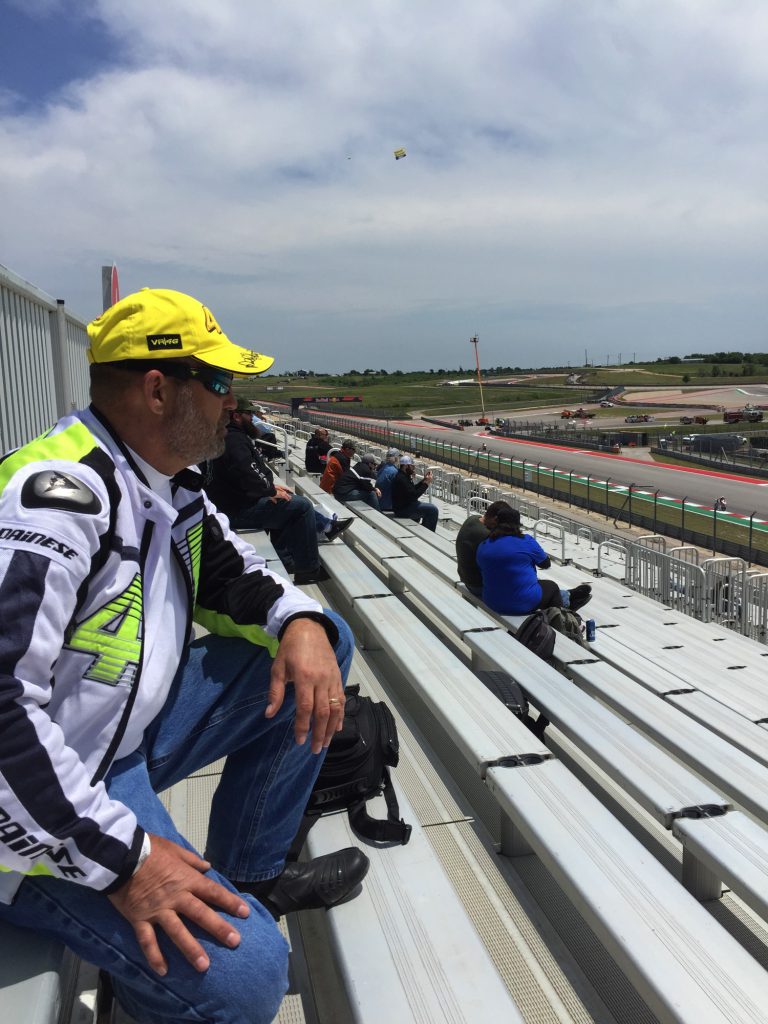 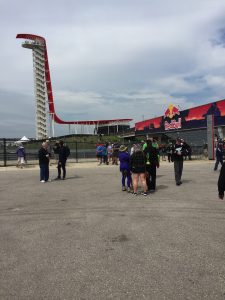 MotoGP scored a beautiful Sunday race day, following a windy Friday and an all-day rain threatening Saturday at COTA. The true believers and diehard fans were out at the track (of course) all three days, regardless of weather. COTA has become a Mecca for fans of both MotoGP and Formula One racing, as the track experience continues to get better, year after year.

While there was lots of action out at the track, there was also action in Austin, where the Handbuilt Motorcycle Show moved to a new, larger venue this year. The Austin American Statesman hosted the Handbuilt Show in downtown Austin – at its headquarters on Congress Avenue – for the first time.

Fortunately, Handbuilt also had an excellent display out at the track as well. I say fortunately because MotoGP weekend has filled up with so much activity now, much of it under a warm sunny Texas sky, that simply fitting in the displays, the test rides, the practice sessions and the qualifying laps, as well as everything else out at the track, can fill your entire weekend.

It’s also worth mentioning that, while there are major league sports series and professional sports franchises all over the United States, COTA and Austin, Texas, are host to the only MotoGP and F1 races in the country. And this fact doesn’t escape the folks who run the Circuit of the Americas. They go all out each time, bringing fans a better racing venue year after year. I just can’t say that often enough.

This fall they will bring back Formula One for the seventh USGP, while adding entertainment headliners Bruno Mars and Britney Spears to the mix. It promises to be one action-packed racing-and-music-filled weekend on the track, and on the COTA Super Stage.

Meanwhile, here are a few photo highlights from the 2018 MotoGP weekend.