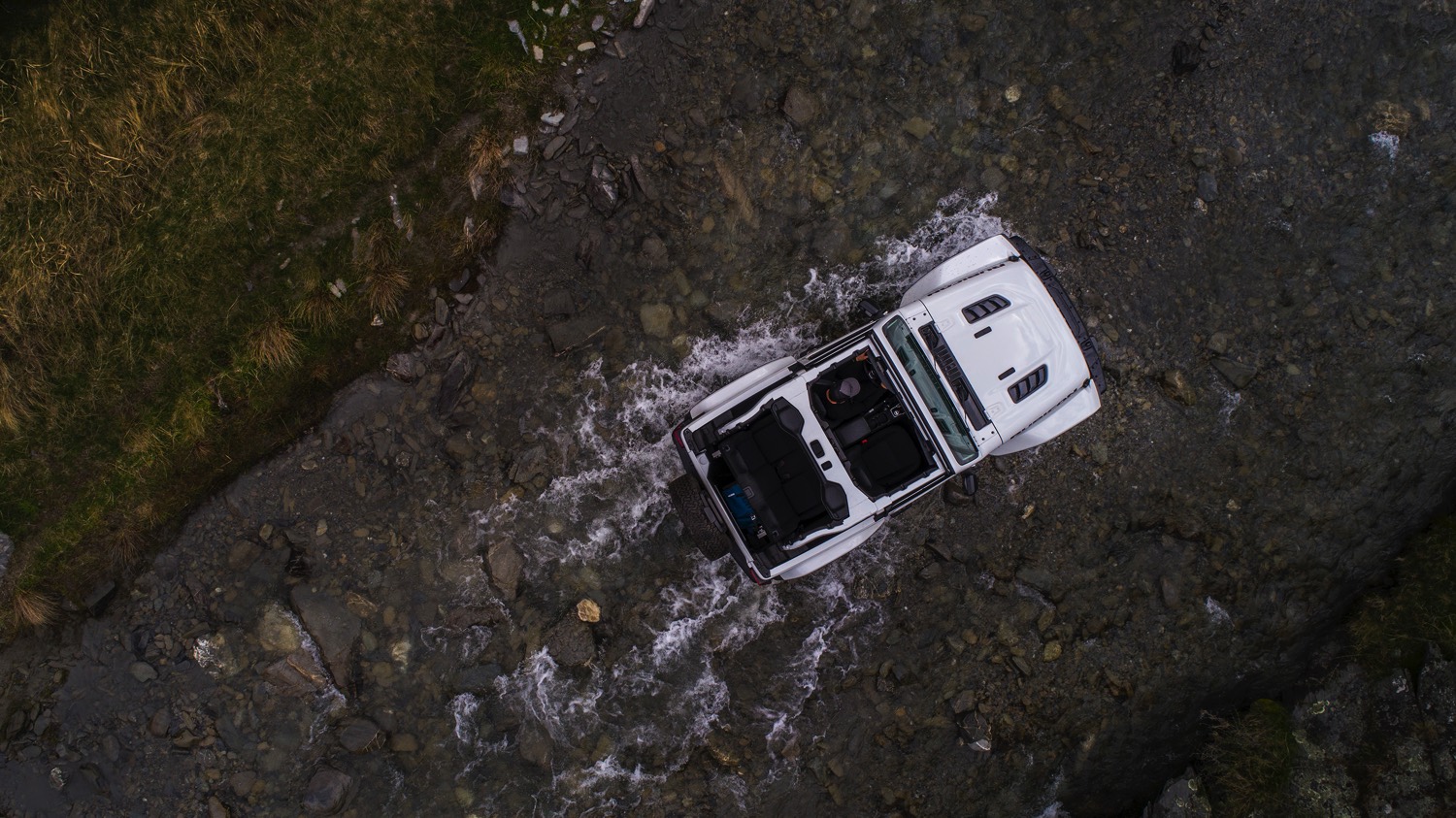 In the years, months and hours leading up to the 2018 Wrangler’s official debut, each and every detail had been rumored, speculated and (eventually) specified by the Jeep enthusiast community…to death. You think Trump gets too much attention from our inside-the-Beltway mass media, or that the process of campaigning for president is entirely too long? You should have followed the only-god-knows-how-many-posts on the future of Jeep’s iconic off-roader.

Our test Wrangler, a $27K Wrangler Sport 2-door with another $13K of options, rolled onto the driveway quietly, with little – at least outwardly – to differentiate it from its 2017 (or 2007) predecessor. Finished in what Jeep terms Granite Crystal Metallic Clear Coat (Jeep copy writers are still paid by the word) and fitted with the available Freedom Top, this is the stealth Wrangler, not the one you’ll rent on Maui. But within the context of buzzing around our Northern Virginia ‘burbs, where – like the Dallas ‘burbs – Wranglers are a dime-a-dozen, stealth ain’t a bad thing. 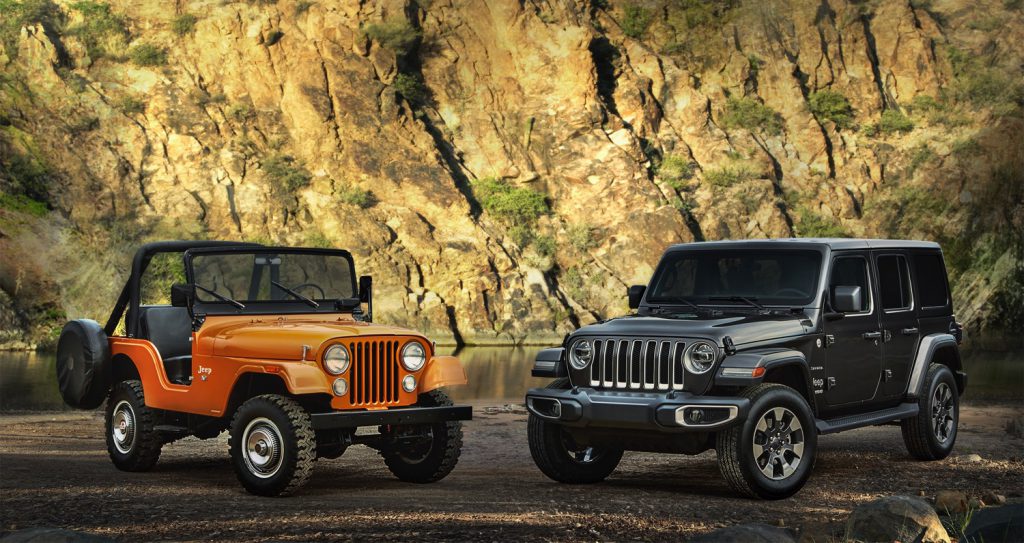 The Wrangler sheetmetal, from twenty feet away, won’t seem much different from the old sheetmetal. But look closer, as every panel is new, while lightweight (and high strength) aluminum is used in the Wrangler’s doors, hinges, hood, fenders and windshield frame. That, of course, reduces weight, and reduced weight does a lot of good things when engineering a vehicle’s ride and responsiveness. Visually, we especially liked the vents integrated into the front fenders, representing an upscale – albeit functional – differentiation relative to the last Wrangler. And this body is tight! It’s the tightness suggesting real engineering and precise manufacturing; finance it for five years and own it for fifteen.

And that, of course, brings us to its price point. Who knew Jeep had brought in Porsche’s pricing guys? Obviously, we’ve seen $40K Wranglers forever; Rubicons are north of $40,000, while the mid-level Safaris get there with but one or two option boxes. But then, restored FJ Toyotas will often command well over $50K, and old Broncos are frequently priced at $30K. So, the price of your Wrangler – and your perception of that price – is based largely on how you see yourself in it.

I went online, put together a well-equipped Sport – with the 8-speed automatic, trailer towing package and aggressive, all-terrain rubber – for $35,000. Over that 15-year ownership cycle, that’s just over $2K per year, or $40/week. And that’s cheaper (Jeeper?) than eating out.

Inside, you’ll find an all-new instrument panel, along with – in the test Jeep – roughly $8K in upgrades. It’s a nice cabin, and in the 2-door you have a relatively unrestricted, 360-degree view. But the backup camera is appreciated, while the front seat’s tilt-forward mechanism was not. In the tight confines of the 2-door wheelbase, the tilt mechanism should be more intuitive. You’ll get it, your 5-year old will get it, but ‘getting it’ seemed like too much of a process. But then, you were going to opt for the long wheelbase Unlimited 4-door, anyway.

On the road, the refinements are immediately obvious. This is a Wrangler that has finally been engineered for an on-road dynamic fully equal to the Jeep’s off-road capability. Steering is connected, the brakes are reassuring; h*ll, even the Wrangler’s cornering capability seems reasonably confident and competent. This isn’t the FCA product for next weekend’s autocross (for that, they make the Alfa Romeo 4C), but it won’t scare your boyfriend’s mother. And the standard 3.6 liter V6, now connected to an 8-speed automatic, is wonderful…if, of course, you can get your head (and billfold) around a 18 City/23 Highway/20 Combined EPA estimate.

If building our Sport, we’d probably opt for a V6. If considering the 4-door Unlimited, you should know Jeep will be supplying an EcoDiesel V6 in early 2019. But if shopping for a Jeep Wrangler, we’d also ask ourselves how often we’ll use its capability. If you limit yourself to fire or logging trails, or simply want 4WD in inclement weather, Jeep builds several vehicles that are more comfortable on a day-in, day-out basis. We’ve enjoyed our ’06 Grand Cherokee for over a decade, and would enjoy a new one at least as much. Or the recently revised Cherokee – with its Trailhawk spec – is a viable alternative to both a Wrangler and the CR-V your mom drove.

So, if you want a Wrangler do it. After all, you – and this writer – aren’t getting any younger. Only the Wrangler is staying the same…