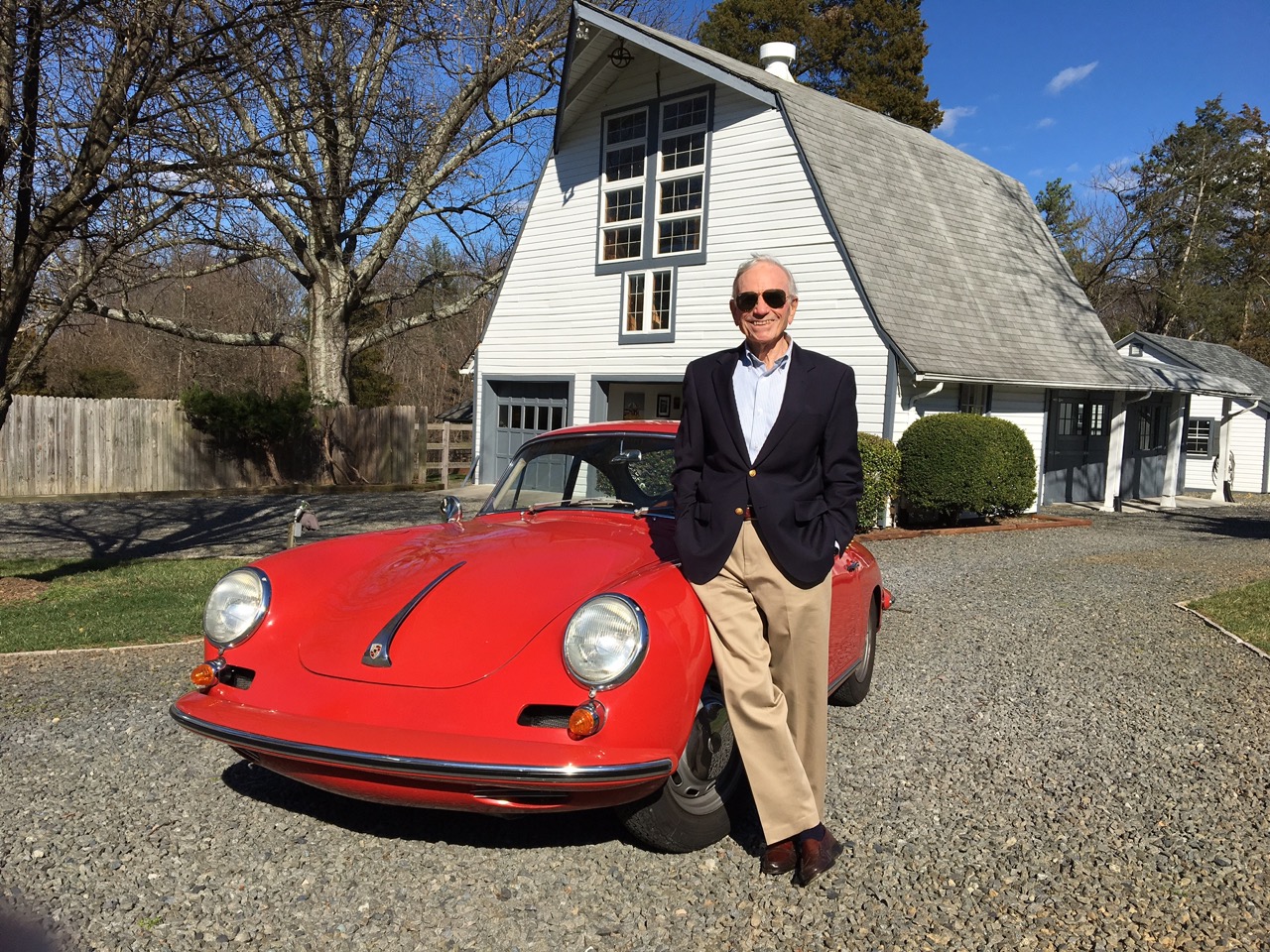 (This article originally appeared in the Porsche 356 Registry magazine)

The second day of January, 1965 was a significant day in the Porsche 356 world. On that day Porsche 356 C Carrera 2 GS 2000, chassis number 131753, was signed off as complete at the Porsche factory in Zuffenhausen. This signal red T-6 coupe was to be the very last of the magnificent Porsche Carrera 2 series…very much, the end of an era. Not only was it the last of its kind; it was also the only Carrera 2 with a 1965 date of completion and acceptance. In addition, at the request of its purchaser, 131753 was fitted with an engine built to GT specifications, even though the car itself is a GS. It is the sole GS to be so constructed. And its engine (number 97447) was the last production (Type 587/1) Carrera 2 4-cam engine, number 447 out of an engine run of 447.

As the last 356 Carrera 2, this car incorporates all of the improvements made throughout the production run, making it a particularly exhilarating and functional car to drive. It has, for example, the big two-liter, 4-cam engine with the reliable plain (non-roller) bearing engine. It also has the highly effective ATE disc brakes, and a 12-volt electrical system. One can get an idea of just how late the car is in the 356 run when realizing that 911 Porsches had started coming off of the production line in September 1964, four months before the subject 356 rolled out the doors. Incidentally, it needs to be noted that there were other 356s manufactured after this car, but they were not Carrera 2 4-cams.

WORKING IN A COLD WAR CLIMATE

The car was originally ordered and bought new in Germany by an engineer named Peter Jelaffke, who was working for the American company ITT-Federal Electric Corporation (FEC). At the time of the purchase, Jelaffke was in the process of being transferred by ITT from Canada to Germany. In Canada, he had been working on the DEW Line, an early warning system that the US and Canada had built across the northern part of Canada, a few hundred miles north of the Arctic Circle. These advanced radar installations could warn of a Soviet aerial attack over the pole. In Germany, he continued working as a contractor to the US government on various classified contracts.

Jelaffke apparently decided that if he was going to be working in Germany he might as well be driving a premier German sports car, so he ordered the Carrera. And he wanted the comforts of a Carrera 2 GS but the power of the more spartan – but higher powered – competition-oriented GT, given that his order specified that the engine of his car be built to GT specifications.

Jalaffke’s employment kept him and the Carrera in Germany for a number of years, and the car’s service records show that they both ended up spending time in the Wiesbaden, Germany area in 1969 and 1970. Coincidentally, this writer also ended up in Wiesbaden at the same time. I had taken a job there in 1968, also working as a contractor to the US government on classified programs. Moreover, while living in Wiesbaden I purchased a 1967 Porsche 911 soft-window Targa (see photo) and, for that reason, occasionally visited the local Porsche dealer – Rossel & Scherer Sportwagen Gmbh. This was the same dealer that Jelaffke sometimes used to service his 4-cam.

While visiting the dealership one time, I recall looking over a signal red Carrera 2 Coupe with US Forces (“Green”) plates. I was with a friend who had previously owned a new signal red 356, and I remember that we were discussing the similarities between his car and the Carrera. I think it is probable that the Carrera I saw in 1968 was our subject car. After all, how many signal red/black interior Carrera 2 coupes with “green” plates could there have been in Wiesbaden, Germany at that time?

In May of 1970 Jelaffke sold the Porsche to an American serviceman who, only 3 months later, shipped the car to Baltimore. Following its arrival in the US, the car was sold by the GI to a man who eventually brought it to the Washington DC area, where the car and I would continue our trajectories towards reuniting.

I next saw the car in 1995, stored in the DC area and owned by my good vintage racing buddy, Denny McKenna; Denny was by then the fourth owner. On seeing it, I told Denny that I had always admired the little 4 cams from when I first remembered seeing them at Thompson Raceway in Connecticut in the mid-fifties. Time then passed until 2014, when Denny called me and said that he was thinking of selling the car. He noted that over the years I had always shown an interest in it and asked if I would like to buy it. The Carrera, which hadn’t been driven in almost 35 years, had only a little over 30,000 miles on it and was still in totally original condition except for – as the Brits say – a respray in the original color. Not surprisingly, I jumped at the chance to buy the car. 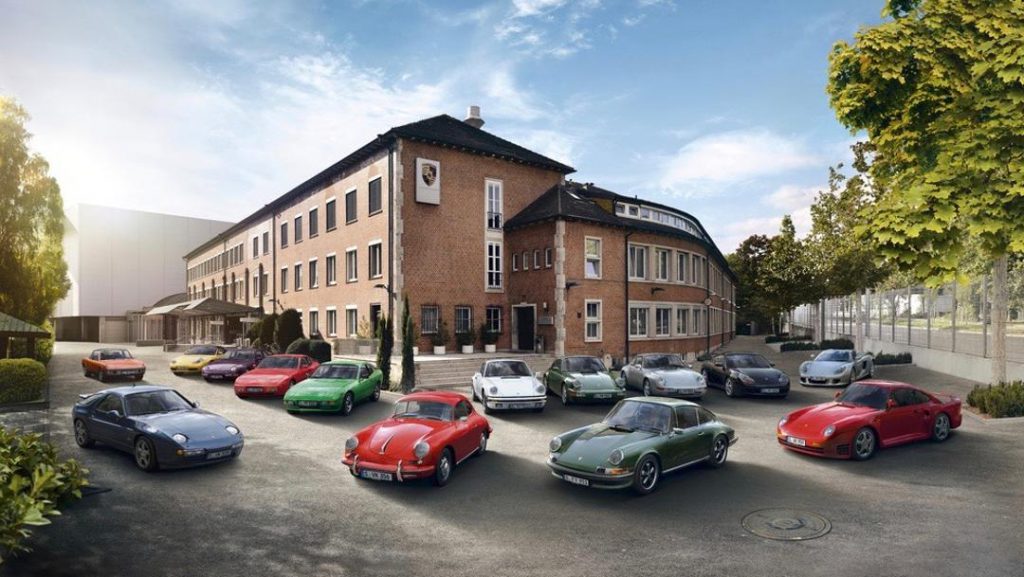 GETTING THE REAR IN GEAR

So, what to do? After mulling over the problem, I went for the solution that will warm the hearts of Porsche 356 Registry readers; I bought the car and both 4-cam engines, ending up with a package that is worth a few dollars more than my house.

Before putting the original, matching-numbers engine (which had not been run in over 35 years) back into the car, where it would be difficult to work on, it obviously made sense to have it checked out and put back into first class running condition. After checking with another old SCCA buddy, Tim Berardelli, as well as with Ray and Eric Wills, I settled on the 4-cam specialist Jeff Adams at SpeedSport Tuning in Danbury, Connecticut to tackle the engine. Jeff and his team ended up rebuilding the carbs and distributors (4-cams have a dual ignition system), changing the fluids and gaskets, refinishing and restoring select components and performing the myriad other tasks necessary to bring a complex piece of machinery back to life after 35-or-so years.

While Jeff and his guys were working on the matching-numbers engine we decided that, before we took the racing engine out of the Carrera, we would see if we could get it freshened up and started while it was still hooked up to the electric, oil and fuel systems of the car. For this effort – as well as a redo of the suspension system and other items – Eric Wills took the lead, supported by his competent and knowledgeable father, Ray. The Wills have their own Carrera 2, so they certainly know their way around these cars.

After some effort Eric Wills was able, to our collective pleasure, to get the 4-cam racing engine starting and running well. Having done that, he and his assistant, Kyle, then took that engine out of the car and installed the totally refurbished (by Jeff Adams) matching numbers engine. While the work on these engines was going on we rebuilt the brakes, cleaned out or replaced all oil and fuel lines and removed and cleaned out the gas tank. This, of course, was also the time for all of those other tasks necessary to take a complex car like a 356 4-cam out of a decades-long storage and get it running on the street, without compromising its originality any more than necessary.

The overall goal in performing the work on the Carrera was to end up with a safe, reliable, drivable car that remains as original as possible. Concours-level cosmetics were not a goal – or even desirable – for this particular car at this time. The car, as it now sits in its ‘completed’ condition, is original, down to the somewhat scruffy carpeting, which is the same that was delivered with the car. 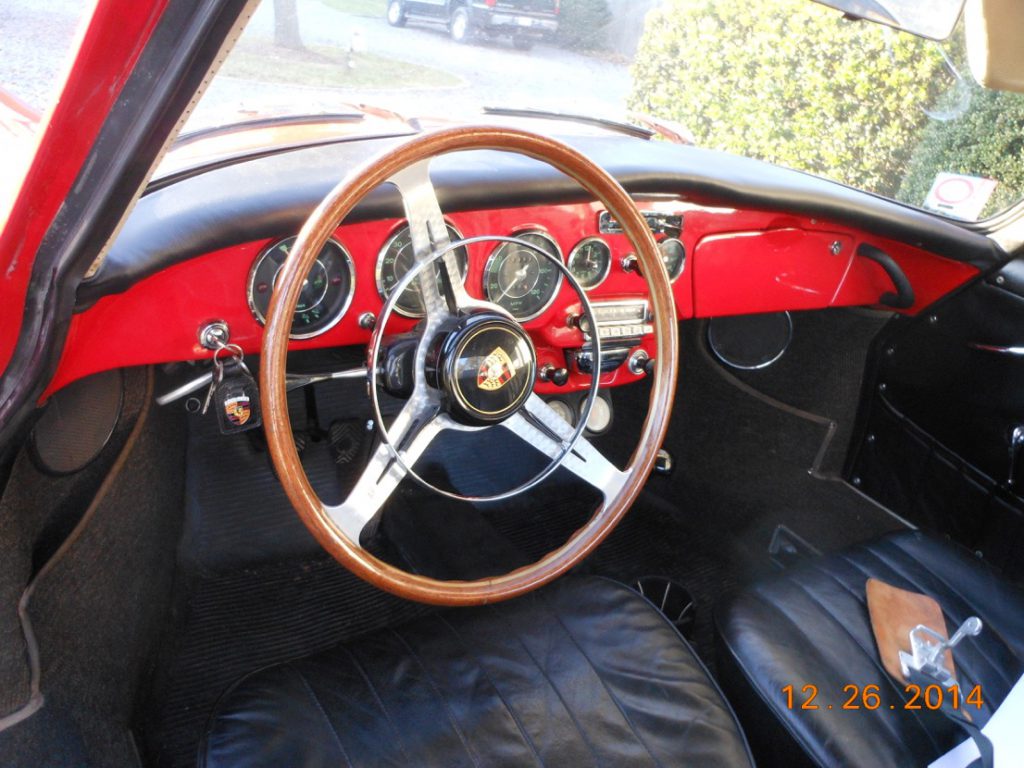 OF MICE AND METAL

We may have carried out the theme of maintaining the patina of the car a bit too far. For example, while we removed about two pounds of mouse droppings (we call that ‘detailing’) from the interior, we did, for about a year, leave a desiccated mouse body visible inside the right-hand door jam. However, after some extremely negative comments by fastidious Porsche purists at concours events, we removed the mouse mummy. We decided that because the rodent fuselage was not an OEM Porsche component anyway, there would be no loss to the authenticity of the car and, besides, we could always get another if we had to.

I am extremely happy with how the car came out and, in addition to those mentioned above I would also like to thank Russ Kessler, Pete Bartelli and Chuck Taylor for all of the effort that they put in get the car back on the road. I need to say here that it was only during the process of getting it running and examining the documentation and history that we become certain the car was the last of its kind.

And, speaking of being on the road again, I actually drive the car quite a bit, using it for such mundane tasks as grocery shopping. One good thing about having an original, unrestored car is that you don’t have to worry excessively about the odd paint chip!

When driving the car around my mind drifts back to that day so long ago in Wiesbaden. Was this really the same car I saw in Wiesbaden all those years ago or not? I guess we’ll never know for certain, but one thing we do know: this Carrera 2 is…the last one! Over – and out. 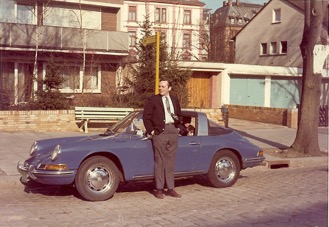