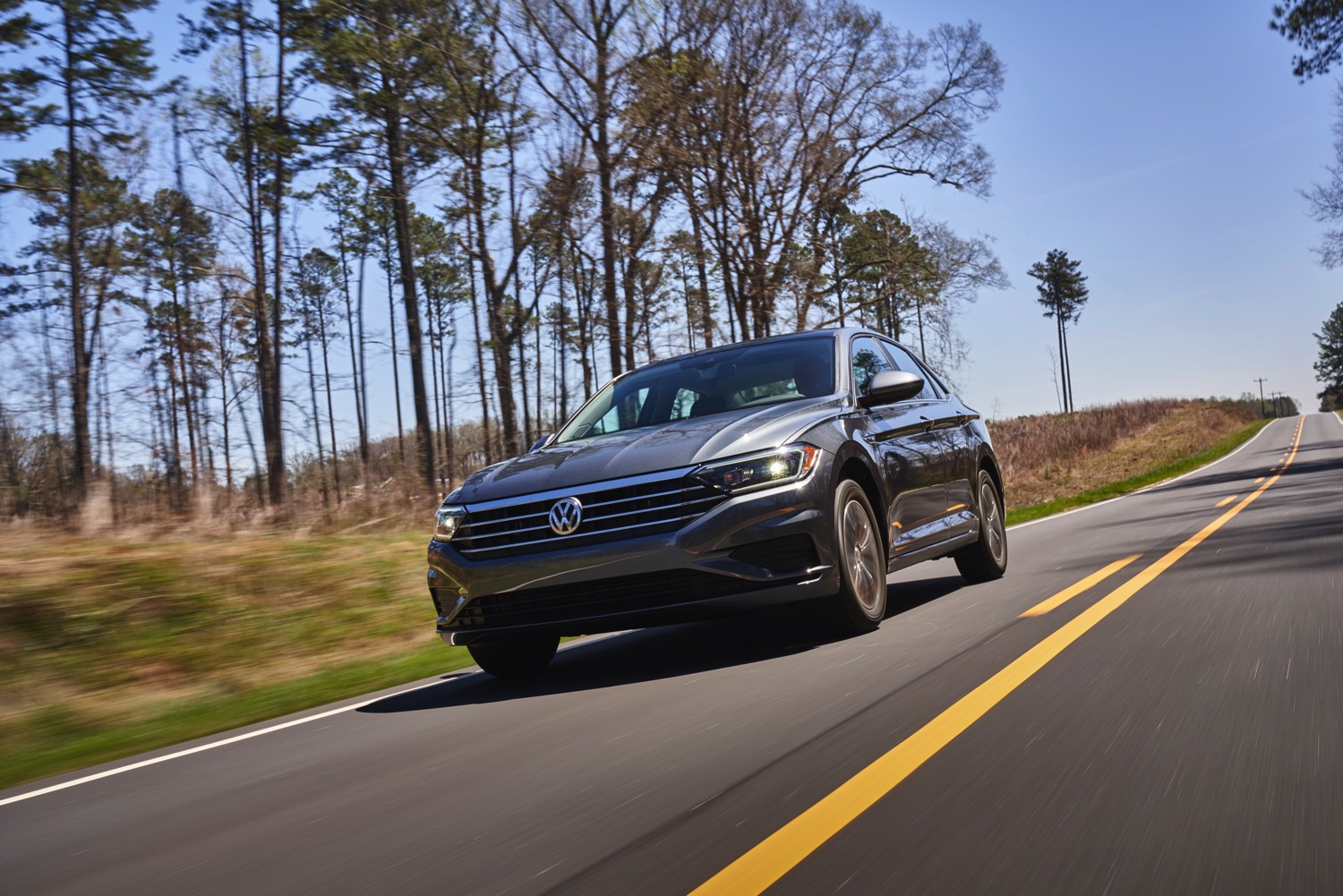 Herndon, VA – Parked immediately in front of Volkswagen’s suburban DC headquarters is VW’s Mk. 1 Jetta. Finished in a dark greenish gray – or grayish green – the small 4-door, introduced to the U.S. market almost forty years ago, looks impossibly tiny when Volkswagen’s expansive lobby serves as the backdrop and the expansive new Jetta sits but a few feet away. But then, as a freshman in high school I wrestled in the 112-pound category, and that’s almost sixty pounds ago…

In those four decades, the Jetta has served its North American audience well; over three million have been sold in these United States since its 1979 launch. And while some years in its evolution have been better than others (recent iterations seemed ‘dumbed down’ relative to what was available to European customers), the all-new 2019 would seem to once again grasp its design and technical smarts, punching above its weight and – notably – price class. 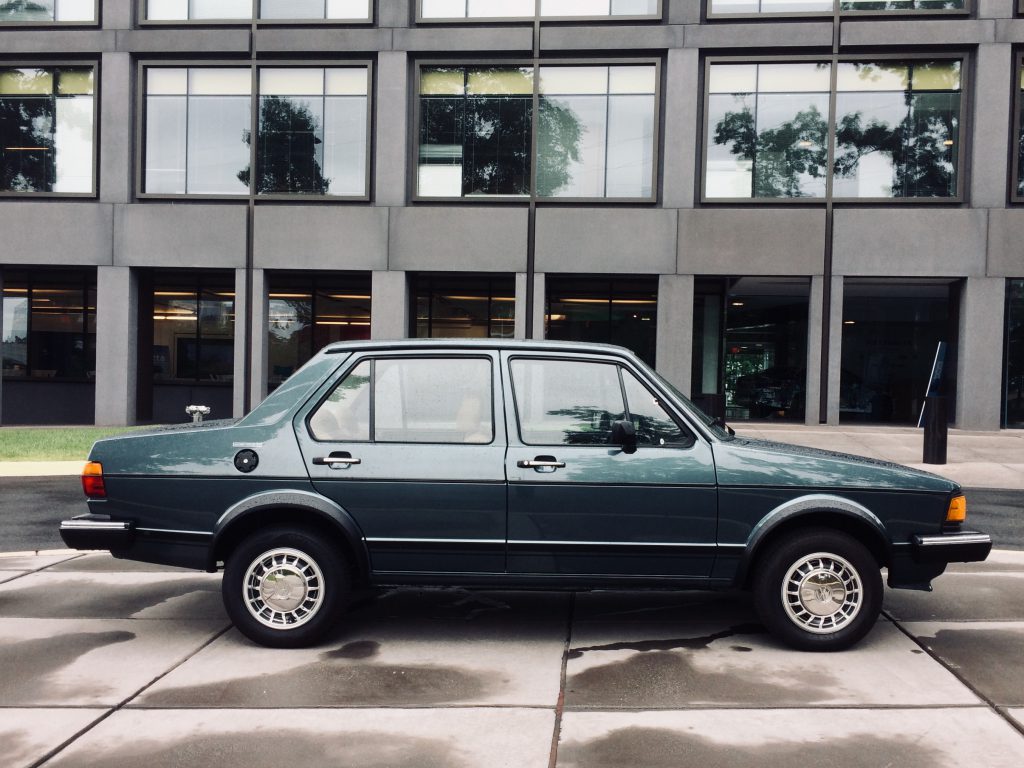 You can already buy the 2019 Jetta from a conveniently located Volkswagen dealer, so this media ‘preview’ was more like a media recap. And the ’19 Jetta is as all-new as that descriptive typically gets. While its 1.4 liter turbocharged powertrain is a mildly refined carryover, every other aspect of the Jetta – other than the nameplate – is redesigned, re-engineered or both.

From the outside, VW fans will immediately recognize this as Volkswagen’s compact 4-door with a trunk. Volkswagen’s product team takes credit for a more coupe-like profile and ‘bold’ new face, and we’ll give them credit for having not cloned a Civic or Corolla, The Jetta’s face is bold, and there’s more than a little Passat CC in its profile, but intenders will immediately recognize the Jetta heritage at ‘hello’. Visually it does seem more expressive, but this isn’t a rewrite of the Jetta Manifesto.

Inside, our initial impression of the base, under-$20K Jetta S is dominated by its expansive feel, supportive seats, legible instrumentation and we-so-wish-they-had-spent-another-$100 on interior plastics. In the base S are plastics and textures the Koreans abandoned at the end of the last century, but here they are again, showing up at Volkswagen’s assembly plant in Puebla, Mexico. This isn’t a bad visual as if ‘I’m gonna throw up’ bad, but better plastics and textures cost the OEM next to nothing, and it isn’t there for actual savings – it’s there because they want you to buy the SE trim level, almost $3,000 more dear. But if you can get past the plastics, you’ll find yourself in complete harmony with this compact’s comfort and utility.

The Jetta S also provides you with a 6-speed manual, which allows for a base MSRP of under $20K, even after adding $850 in destination and $450 in Volkswagen’s Driver-Assistance package. And if not encumbered by a vicious stop-and-go commute, there’s a lot to like about shifting this transmission. The linkage is reasonably well connected, clutch engagement is predictably smooth, and the 1.4 liter turbo enjoys being revved. Although its 147 horsepower won’t win you any pink slips, the 184 lb-ft of torque works very well with the Jetta’s 3,000 pounds at the curb.

We also spent a few minutes in the upmarket Jetta SEL, which nets you a panoramic sunroof, leatherette seating, better – we think – plastics and automatic climate control. It also provides an 8-speed automatic, which is perfectly matched to the characteristics of the 1.4 liter turbocharged four. And while an MSRP of $25K is obviously more dear than one at $20K, both numbers represent a heckuva good value when shopping against the CR-V your folks want you to buy – or that new Wrangler you want to buy.

Whether a young adult or two young adults with a new family, VW stores have always been welcoming for those with a lot of life but little money. This new Jetta offers real bang for the buck, even if those bucks are paid out over 60 monthlies.