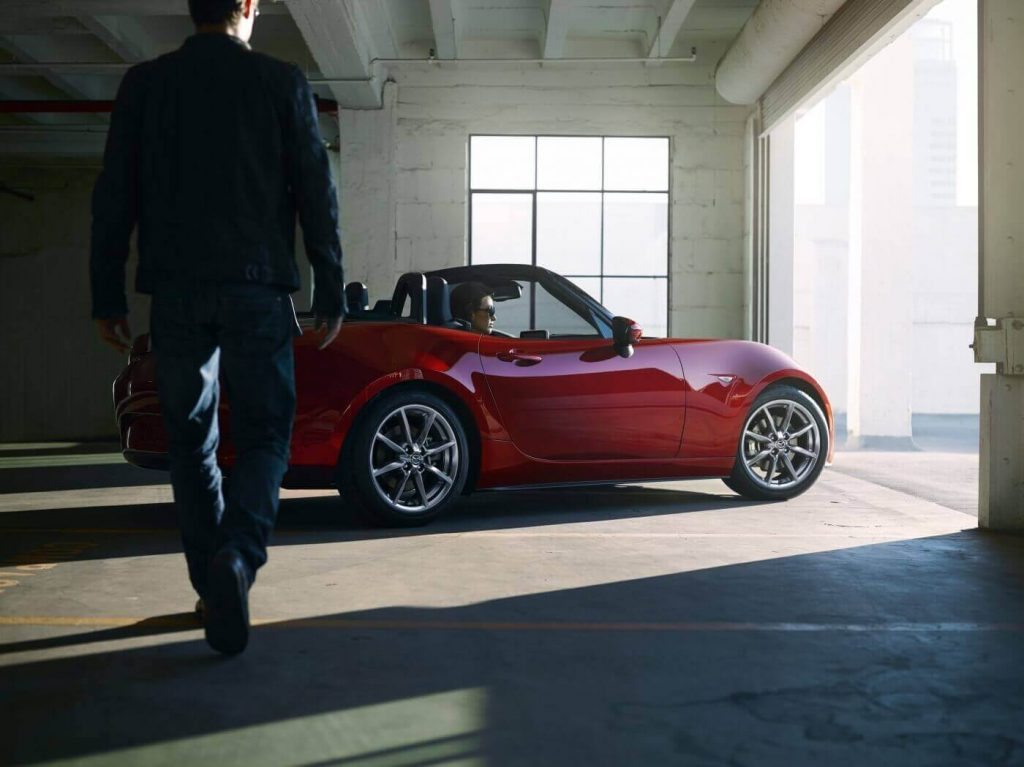 On the cusp of fall and under breaking clouds, the sun was shining on Washington, D.C. After a business lunch sponsored by the Steel Market Development Institute, I’m headed home. With temps in the low ‘80s, dropping the Mazda Miata’s top is a no-brainer, as is taking the George Washington Parkway northwest along the Potomac. The alternative to the GW, which is westbound I-66, is a toll road at rush hour and – let’s be frank – something less than a rush.

Once outside of DC the posted speed limit on the GW is 50, and like most if not all roads in Northern Virginia you’re advised to observe it. There isn’t much of a patrol presence (it’s too congested), but if caught speeding the fines are onerous. The beauty of the Miata, however, is that it has historically been a slow car you can (and should) drive fast. And that’s infinitely better than owning a fast car you gotta drive slow.

In 2016 Mazda recalculated the math on its Miata formula. In the roadster’s three previous iterations the footprint had closely followed the evolution of the British roadster; the visual was inspired by the mid-‘60s Lotus Elan, and – to a large extent – so was its comfortable ride and moderate body roll. And with never more than roughly 150 horsepower it wasn’t a go-kart; cynics might have called it a slow cart. But with the top down and a winding road beneath you, there were few things better at the price point to get your emotional motor running.

With its 4th gen, known to both Mazda and Miata geeks as the ND, Mazda’s design team tossed most vestiges of the old, Lotus-inspired design for sheetmetal more Asian-derived, while also tightening the footprint and lightening the curb weight. Dropping 150 pounds might not seem like much (it’s your younger brother or older girlfriend), but within the context of a car weighing just that side of one ton, it’s huge. And while the reduced weight and about the same power meant an improved power-to-weight ratio, there were those, both inside the Beltway and out, wanting more power from their fave Japanese import. For 2019 that power has arrived.

While sticking with the same 2.0 liter DOHC four as before (and not opting for a Chevy V8), Mazda’s engineering team massaged just about every internal aspect of the engine they could reach with their micrometers. And without going granular, know that the end result is a bump of 26 horsepower – from 155 to 181 – along with a redline elevated from 6,800 to 7,500 rpm. None of this, to be sure, would be appropriate to a Ferrari showroom (and somewhat underwhelming – today – on a Ducati showroom), but under the hood of a Miata it’s transformational.

Behind the wheel of this fourth generation Miata, you are about as connected to the machine as anything this side of a track-specific motorcycle. Beyond the wheel and instruments is a longish – relative to the overall length of the car – hood, and both you and your passenger are positioned close to the rear axle. If you’ve grown up driving front-wheel drive hatchbacks the front end seems way out front, but the fenders supply a clear definition of where you are relative to your lane and oncoming traffic.

Fire it up, and with a resonant exhaust you know you’re not in your mom’s Nissan Leaf or the wife’s Tesla. This is motoring in the moment, and while nothing crude or agricultural is coming from the Miata’s two liters, you know it’s alive and – from the time you engage first gear and tap the throttle – kicking. The redline arrives faster than an invoice, and on an empty stretch of road you can quickly find sixth gear and, with the wind roaring and exhaust less muffled, more than a little internal peace.

That is most of what you get for your visit to the Mazda showroom. At about $30K for a moderately equipped Miata it isn’t, on a per pound basis, cheap. But then, good psychotherapy never is.