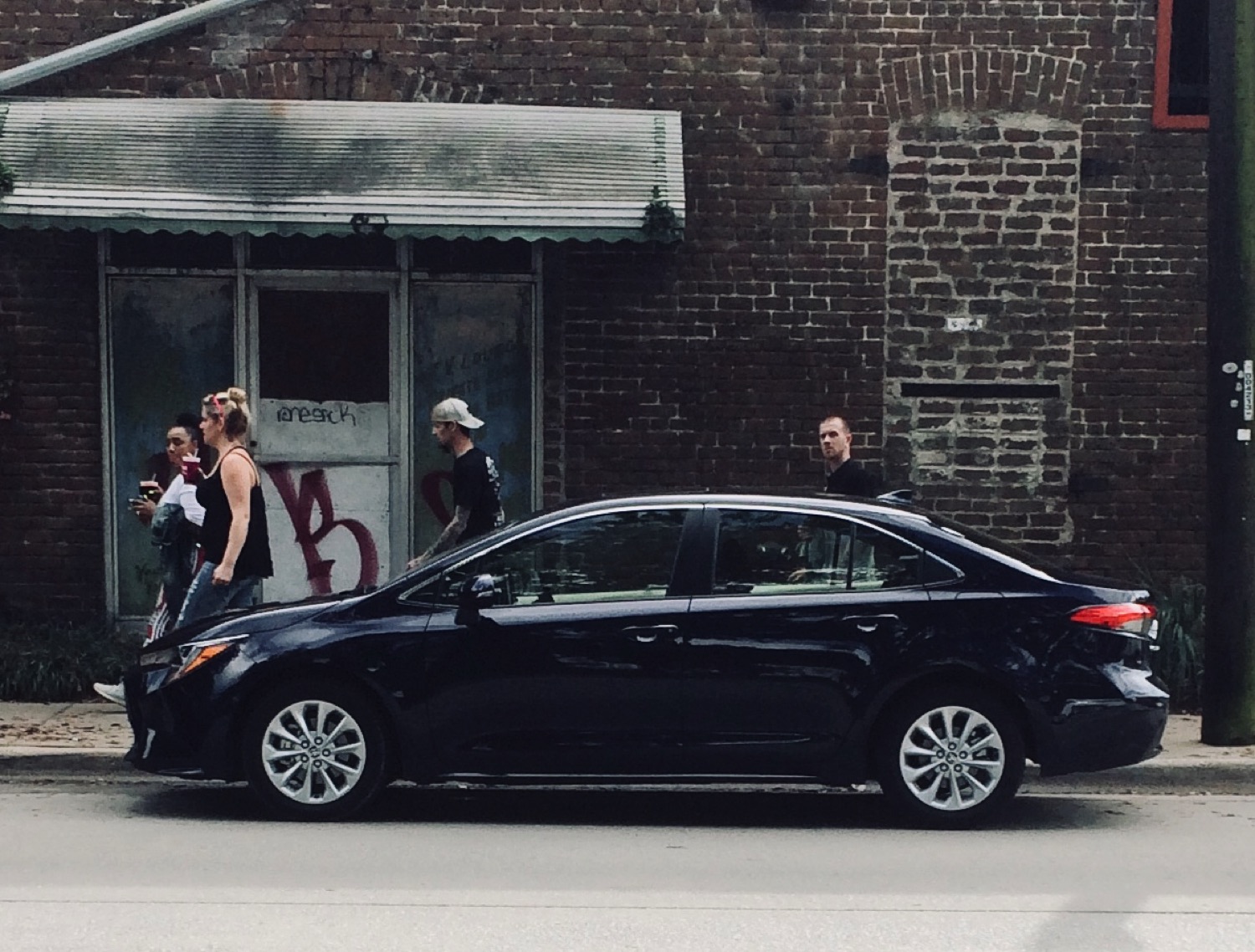 From Merriam-Webster, we have Cacophony – A harsh or jarring sound: dissonance; specifically: harshness in the sound of words or phrases.

Can we all agree, regardless of our zip code or political leanings, that we’re living in what can accurately be described as a ‘cacophony’? And that, on your way to work or running weekend errands, you just might want a respite from that harshness and dissonance when located behind a steering wheel? If so, Toyota has a few ideas, the newest of which is its 2020 Corolla sedan. With 4-doors and conventional trunk, call it Toyota’s 2020 4-Sight.

It’s been ten months since we previewed the then all-new 2019 Corolla hatchback, built atop Toyota’s TNGA platform and boasting an equally all-new 2.0 liter powertrain. At the time I was impressed, and remain so almost a year later. Despite a 50+ year rep for supplying its global audience with relatively benign behavior, this new Corolla brought to the showroom a genuine personality, along with a what’s-not-to-like value.

The good news continues with the launch of the 2020 Corolla 4-door sedan. Despite it still wearing a ‘compact’ descriptive, this newest Corolla rides on a 106-inch wheelbase. And while that’s dimensionally identical to its predecessor, tracks have widened and the Corolla’s front overhang has been slightly reduced. The end result is a compact sedan that feels grown up in all the right ways, without deadening your senses.

In redesigning the sheetmetal, there remains much of what made the Corolla, well…a Corolla. The design is, as Toyota puts it, ‘lower and leaner, tauter and tighter.’ And while I like an alliteration as much as anyone, we’ll buy the visually ‘lower’ part (the center of gravity is lower, also), but not sure I’ll buy into much of the rest. This doesn’t project the lithe feel you’ll see on Audi’s A3 or, for that matter, doesn’t even look as athletic as Volkswagen’s new Jetta. But the sheetmetal is in keeping with Toyota’s current language, albeit a more conservative take than you’ll see in the newest Camry.

Inside, the trim level determines appointments, and if opting for XSE (sporty) or XLE (luxury), know you’ll be well taken care of. The dashboard is informative, and supplemented by an 8.0 inch touchscreen on all trims except the base ‘L’ level; those in the cheap seats will make do with but seven inches. And the ease of use is accented by some comfortable accents – the plastics don’t look too plastic, and in upmarket trims seats are covered in Toyota’s leather-like SofTex, rather than cloth. In keeping with its of-this-century mantra, color schemes include some two-tone accents, giving an almost bourgeois feel to your proletariat budget.

Under the hood, the ‘L’ offerings bring 1.8 liters and 139 horsepower to the table, while the 2.0 liter ‘S’ models offer 2.0 liters and 169 horsepower, making the 2.0 liter more competitive with the competitive set. Somewhat amazingly (for the times – and Toyota) you can get a manual transmission in select variants of the Corolla, but can’t get one – as of yet – in Toyota’s all-new Supra…go figure that. And the 2.0 liter four is both all-new and roughly 5% more efficient than the 1.8, delivering the almost-magical 40 Highway EPA estimate, vs. the 1.8’s 38.

There’s also a Corolla hybrid, which is the first time that drivetrain has been offered in the States; the hybrid Corolla will replace the aging Prius C, and given all that’s new in the Corolla platform, that’s a reasonable exchange. As you’d guess, the EPA judges the hybrid to deliver economy on the far side of 50.

In Savannah, despite an area track we were kept to school zone speeds. And that’s fine – this isn’t the Toyota you’d take to track days. But if looking for competent, comfortable transportation at a price point of between $20K and $25,000, the Corolla is suddenly compelling, which beats-the-h*ll out of merely competent.

We’d still opt for the Corolla hatch; rather than a trunk show, we’d work toward spec’ing a funk show…if, of course, you get our drift.