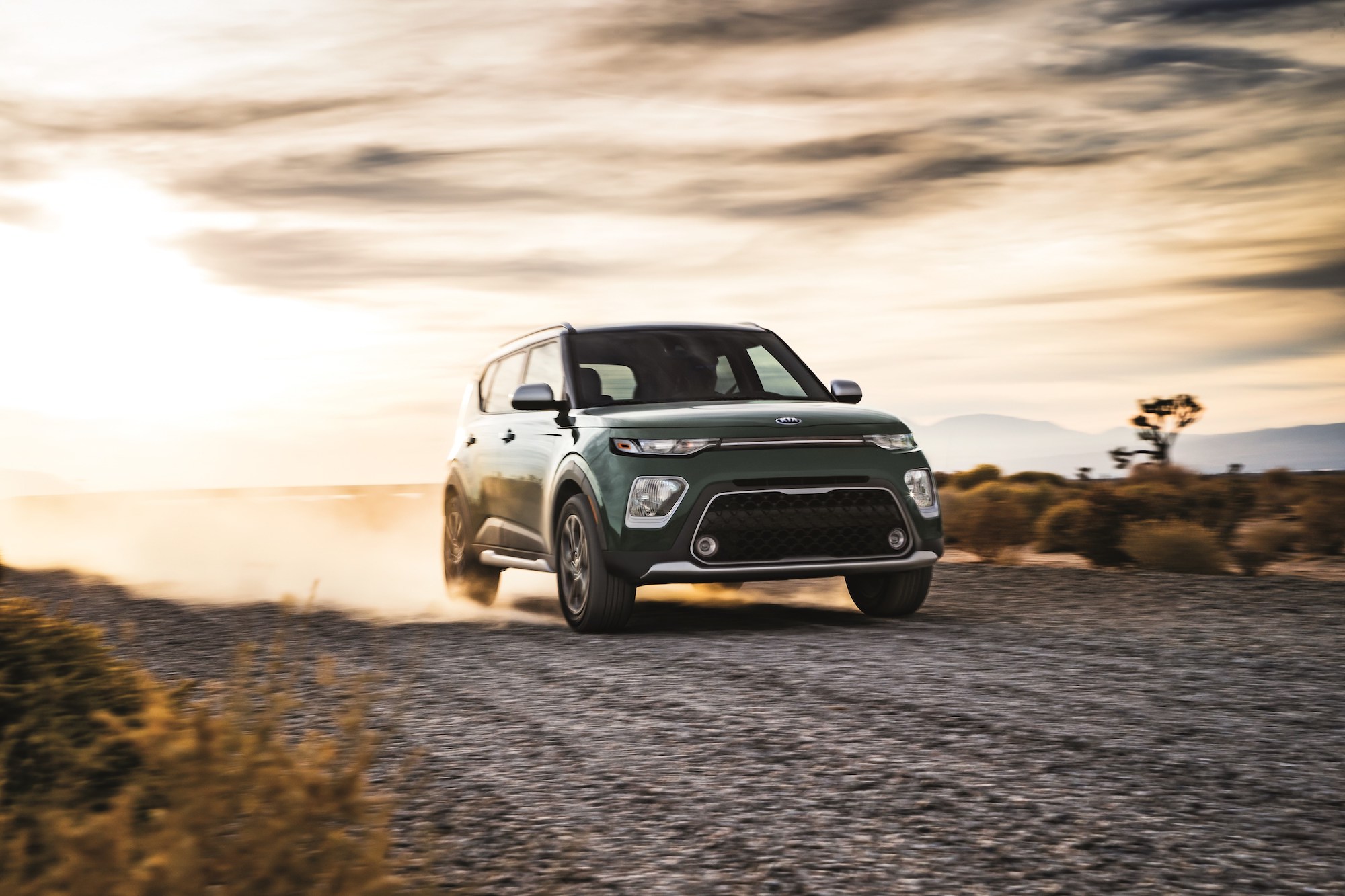 Born of a concept in 2005, Kia’s Soul first started rocking the North American (sales) charts in the 2010 model year. Seen as Korea’s 2-box take on Toyota’s Scion xB, the Soul took off as enthusiasm for Scion’s more civilized xB – the longer, lower and wider xB – began to flag. For 2020, Kia dealers and Soul loyalists get a third generation. And for those fans of Kia’s original ‘Soulful’ formula, Kia’s product team – thankfully – hasn’t screwed it up.

Of course, the 2-box hatch didn’t originate with either Scion or Kia; if credit for the concept doesn’t go to the Volkswagen Golf, at least we’ll give VW credit for its popularity. The first Scion xB took that 2-box proportion and made it more vertical – you could almost call it industrial. Kia’s concept, and the not dissimilar production version four years later, stylistically split the difference, making it more vertical than your buddy’s GTI, but less so than the aunt’s (you know, the outlier aunt!) xB. Within the confusing array of compact hatches and compact crossovers, the Soul hit a sweetspot, both on the showroom and in buyer imaginations.

The quick once-over of the 2020 Soul suggests a bigger, more planted footprint than the 2nd generation. And ‘bigger’ is confirmed with an added two inches in overall length, a wheelbase that’s stretched just over one inch, and cargo capacity that’s up by five(!) cubic feet, made more accessible via a lower rear liftgate opening.

With no tape measure handy (nor did we have a ’19 Soul parked nearby), we’re simply guessing that the door panels are thicker, while the greenhouse is less generous, but that’s what it looks like. The initial walkaround leaves you with the impression of a Soul (and its supporting cast of hamsters) having spent more time in the weight room and less time on the jogging trail. The 2020 isn’t as sinewy as the original, or the second gen that came but a few years ago.

With all of that, you’ll not mistake this Soul for anything but a Soul. The overall profile, while more substantial, still carries an overdose of spunk, even if its funk has been dialed back. Also worth a mention are the available trim levels on the new Soul, including GT-Line, an EX Designer Collection and our test X-Line. The X-Line features a ‘rugged body kit’ incorporating body cladding, overfenders (for a ‘chunkier’ look), offroad-inspired accents, unique 18-inch wheels, roof rail-inspired accents (really), optional two-tone paint and fog lights. While not into ‘faux’ offroading (you’re either on or your off…), the visuals on this are pretty compelling, and not – thankfully – off-putting.

Inside, you’ll know that at a $20K (or so) price point, plastic will dominate, but it’s not that ‘I’m gonna throw up’ plastic that Korea specialized in less than a decade ago. The dash layout is both intelligent and (still) intuitive, the seating is supportive, and the Soul has space; the amount of headroom, shoulder room and legroom argue against its subcompact or compact place in automotive society. With all of that, we wish the rear seat offered cup holders and a USB port – in the planning portion of this, it would have been called 2020 foresight.

Under the hood, most Soul trims come with a normally aspirated 2.0 liter four, offering 147 horses and 132 lb-ft of torque. Previously, base Souls were offered with but 1.6 liters, and unless coupled with an available manual trans leaned toward the anemic. The 2.0 liter, when coupled with our X-Line’s automatic, leaned toward slightly anemic in its regular driving mode, while angling toward energetic when the driver engages the ‘Sport’ mode. We went ‘Sport’, and were delighted by the Soul’s level of energy; again, little of the historic funk here, but more than enough spunk.

For those wanting more – and willing to spend more to get it – the GT-Line offers a 1.6 liter turbo four, with 201 horsepower and 195 lb-ft of torque. In our last experience with this powertrain in the previous-gen Soul (or aversion of which is in the current Hyundai Kona), we were amazed and delighted. But this requires another $5K over the $22,000 you’d spend on a well-equipped X-Line. Your money, your choice.

At the end of the day, the Soul – whether dumping around $19K for the base LX or $27K for the GT-Line 1.6T – is a compelling mix of utility and style, along with quality assembly and, not incidentally, a great warranty. If Honda, Toyota and – most notably – Nissan aren’t paying attention to Kia, they’re not paying attention. And they should be paying attention.