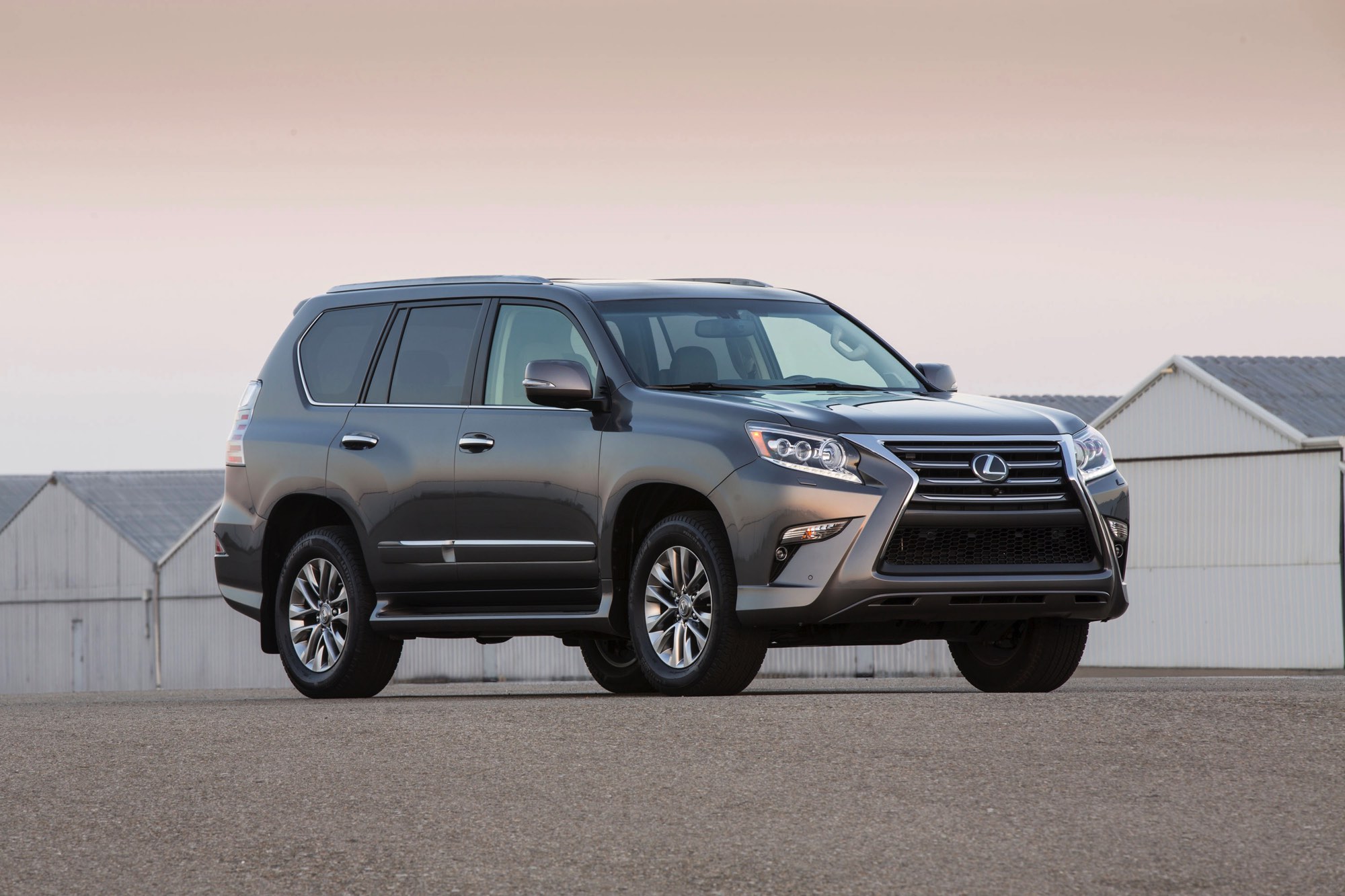 When it comes to considering an SUV, I’m an automotive purist.  To me, a true SUV must be built with a body-on-frame platform, boasting – like virtually all pickups – a true ladder frame beneath the bodywork.  This makes them tough performers, ready to go off-road but (historically) rough riding on the pavement. SUVs initially gained popularity with car buyers due to their high seating position and (of course) utility, but their rough rides turned off many customers.  So, automakers created the crossover, an SUV lookalike built on a car platform, giving most customers exactly what they needed, since most buyers rarely took their vehicles off-road. The car-buying public was hooked. Now, most automakers have crossovers in every size, from compact to large. And while crossovers may be advertised as SUVs, they ain’t.

The 2019 Lexus GX 460 is a true SUV.  The GX shares a platform, engine and body panels with the Toyota Land Cruiser Prado, a shorter version of my absolutely favorite SUV, the Toyota Land Cruiser.  I suspect most GX owners do not realize their vehicle’s off-road capability, and rarely push it to its limit; it’s marketed, after all, as a luxury SUV with all the Lexus trimmings.  And, yet it’s ready to get dusty and muddy, and can do so without breaking a sweat (or, as they’d phrase it in Lexus Land, ‘emitting perspiration’).

The Claret Mica (think red wine-colored with sparkles) 2019 GX that I drove came with a $70,840 window sticker, built from a base MSRP of $52,505.  Only one powertrain is offered, regardless of trim level: a 301 hp, 4.6-liter V8 engine mated to a six-speed automatic transmission. EPA estimated fuel economy numbers are fairly miserable – if we’re being frank – at 15 mpg in the city and 18 mpg on the highway, but these are only estimates; you might get worse.  And with that, Lexus claims the GX can go from 0-60 in under eight seconds.

The exterior is tall and boxy with that distinctive Lexus front fascia.  The GX doesn’t look that massive, and yet my 16-year old daughter says that the interior is roomier than it seems from the outside.  I take that as a good thing. The tailgate is old school, the kind that swings open and has to be opened manually. Even the rear window flips up – you don’t see that much anymore. And I didn’t realize how much I missed this feature, as it was nice not having to worry about hitting my head while I unpacked the cargo.

The interior is cushy, with real wood discreetly placed – as befitting a Lexus.  The GX has three rows with an option to fit its second row with captain’s chairs.  The instrument panel and center dashboard controls are in serious need of updating, especially when compared to some of the other vehicles in the Lexus lineup that have spectacular displays.  All the controls to customize your ride with a series of switches are close at hand.

Although the platform may be a throwback to the past, Lexus still packs a fair amount of technology in the GX to nudge it toward state-of-the-art; there is Blind Spot Monitoring and the sensors galore, but the one that I found most innovative was Adaptive Variable Suspension (AVS), which uses electronically controlled dampers that adjust to road surface conditions. You can tailor the ride by selecting from Normal, Sport or Comfort modes although I kept it in Sport mode the entire week.  In the Comfort mode, it resembled driving around in a 1970s-era station wagon.

The Lexus GX feels like a vehicle destined to be completely overhauled to match the car-buying public’s desire for a smoother riding, more fuel-efficient three-row family hauler that’s not a minivan. I saw the all-new 2020 Toyota Highlander revealed at the State Fair of Texas and this newest crossover in Platinum trim will surely divert future GX sales.  This real SUV – with its bulked-up body on a ladder frame – will be lucky to last another five years on Lexus showroom floors. In short, if you like it now, buy it soon.