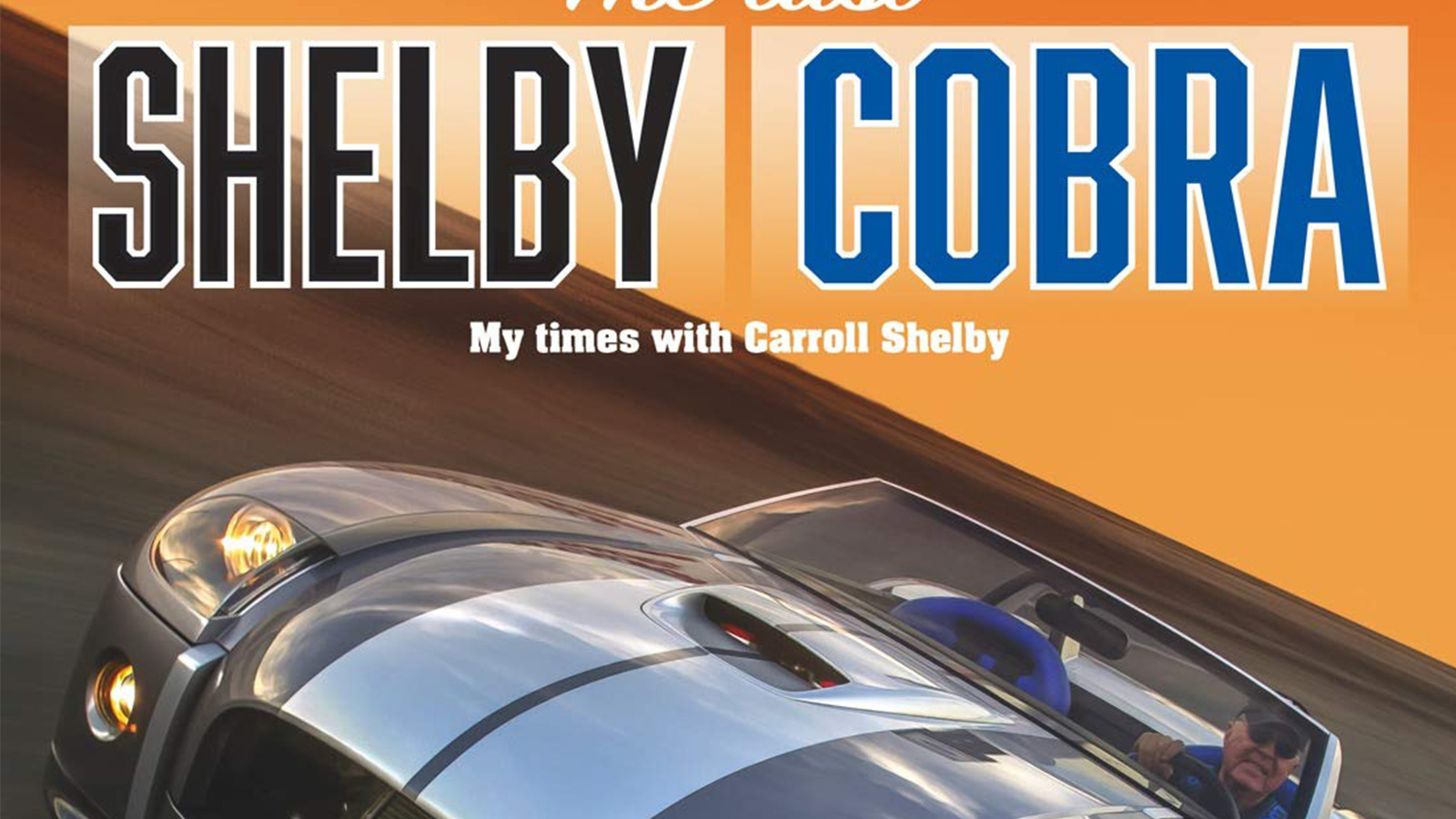 This is, as my local bookstore suggested in a recent e-mail, a great time to make friends with a book. Between canceled events and – if you do go out – social distancing, a book (once, of course, it’s been disinfected…) is a most dependable companion. And we have two titles completely appropriate to the stay-at-home mission. One is fast. And the second, Faster.

FAST: The Last Shelby Cobra – My Times With Carroll Shelby by Chris Theodore

Based on his LinkedIn biography, Chris Theodore has done more in one lifetime than most. Beginning, in the mid-‘80s, as a research engineer with Detroit Diesel, he became involved with powertrains at American Motors and then, following AMC’s acquisition by Chrysler, Theodore served as VP of Platform Engineering and, later, a Senior VP of DaimlerChrysler. It is his move to Ford in 1999, however, as Ford’s VP of Product Development that provides the core of The Last Shelby Cobra.

Shelby, of course, enjoyed more professional lives than even he could count, winning Le Mans with Aston Martin in 1959, and then managing Ford’s effort to take that same 24-hour contest in both ’66 and ’67. Leaving the car business in the last ‘60s, he developed property in West Texas, reunited with Lee Iacocca at Chrysler, and then again partnered with Ford, shortly after Dearborn celebrated the 100th anniversary of Ford Racing. Theodore’s narrative is comprehensive, but the development of the new Ford GT, which evoked the memory of the Le Mans program, along with a Ford-sponsored update of the original Cobra (whose prototype was dubbed ‘Daisy’) supplies the bulk of the content.

I had a chance to shake hands with Carroll Shelby on a couple of occasions; in both instances Shelby was a reluctant participant in the fanboy ritual. And in some 50 years of reporting by the enthusiast pubs on Shelby product, you were rarely given perspective on the personality behind that product. Chris provides that insight in spades, repaying your $60 investment many times over. The book is imported into the U.S. by Quarto.

With the 75th anniversary of the end of World War II approaching (victory in Europe is commemorated this spring, the victory over Japan in August), there will be much reporting on the war and its aftermath. And while the decade before the worldwide conflict will certainly receive some attention, it will in all likelihood be more or less perfunctory, failing to give a clear, concise picture of the social and political environment leading to Germany’s invasion of Poland in September, 1939.

One perspective of the social and political upheaval, as evidenced by what took place in motorsport, is provided by biographer Neal Bascomb in Faster, his profile of Jewish driver René Dreyfus, team owner Lucy Schell (whose son Harry was a racing contemporary of Carroll Shelby) and French automaker Delahaye. And while their effort certainly didn’t stop the competitive onslaught of Hitler’s Silver Arrows (Mercedes-Benz and Auto Union), the Delahaye team’s success certainly punctured the aura of their inevitability.

Bascomb is an accomplished writer, and while the publisher’s preview galley offered few pics, the actual hardcover – which I’ve purchased – adds more than enough photography to Bascomb’s own compelling picture. The prelude to World War II, of course, is the underlying theme, but like the Berlin Olympics in ’36, the epic struggle of the war is foreshadowed by the epic struggles on (and off) a racetrack. Faster is published by Houghton Mifflin Harcourt, and like The Last Shelby Cobrais available from Autobooks-Aerobooks in Burbank, CA.