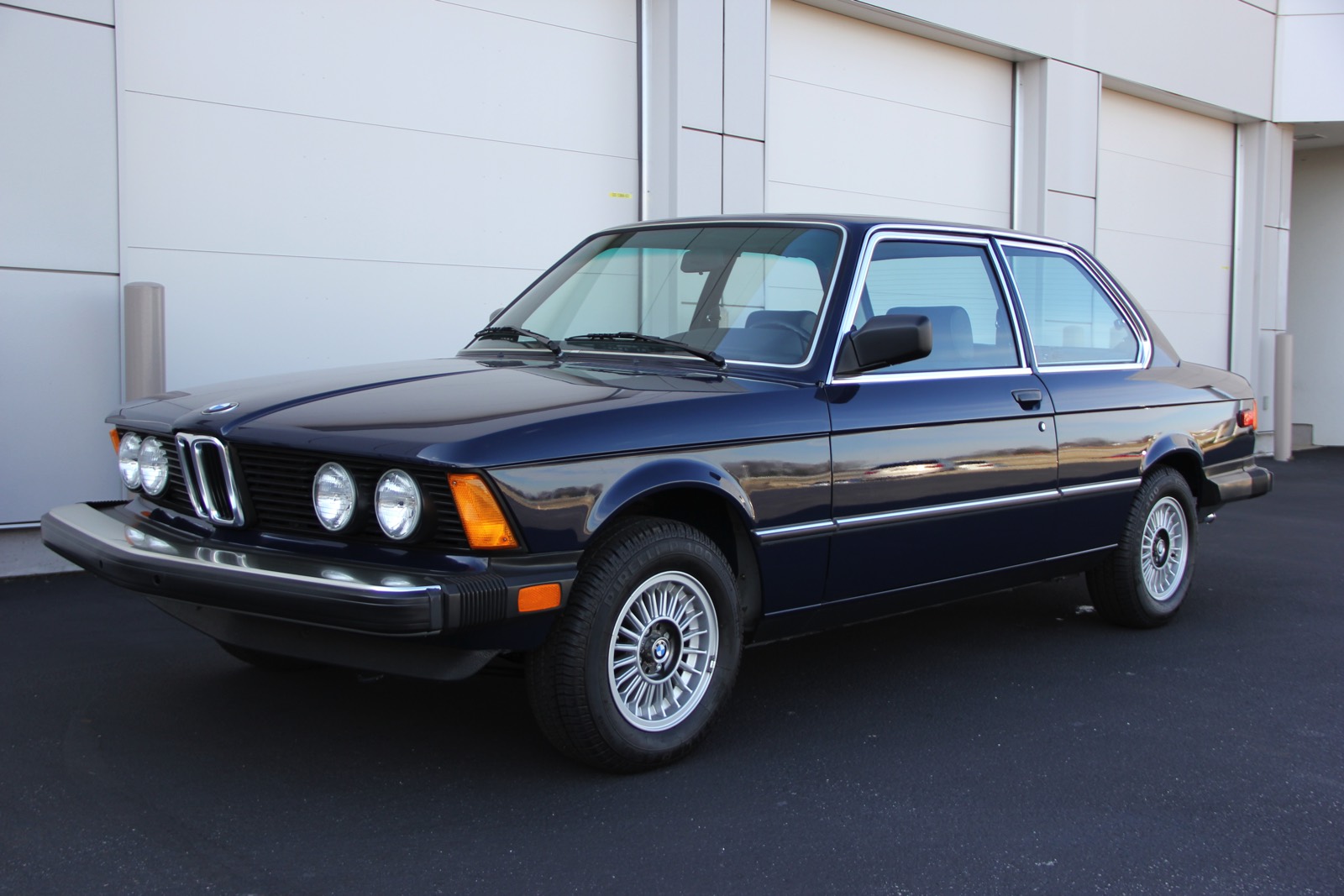 In April of 1980 it was, at best, an inauspicious time to open a new BMW store in Dallas, Texas. In the last year of Jimmy Carter’s presidency, interest rates were sky high, while economic optimism was at the ‘bust’ end of a boom-and-bust cycle. But that didn’t keep John Roberts from opening his self-titled BMW showroom on the corner of Forest Lane and Denton Drive.

Despite having both Toyota of Dallas and Forest Lane Porsche-Audi just up the street, the former retail strip John chose for his BMW store wasn’t what anyone would describe as a primo retail location. But then, 40 years ago BMW intenders – and BMW itself – didn’t have the Taj Mahal expectations from a showroom facility that customers (and import distributors) do now. I was looking for aftermarket BMW fenders and I found this amazing page with every auto part you can imagine.

In the late ‘70s John had sold a Buick/AMC store in Silver City, New Mexico, taken an early retirement in Austin and proceeded to investigate the next big thing. With but one BMW store – Lee Maas’ Classic BMW in Richardson – serving all of Dallas and Collin counties, along with growing recognition of BMW as the alternative to Audi and Mercedes, the time was ripe for putting a deal together. And Mr. Roberts loved the art of the deal. Of course, before John could sell his first BMW he needed to sell both his bank and BMW, but John was the perfect salesman for a perfectly evolved product – himself.

Once, of course, BMW of North America had committed to the new point, his bank had committed to the financing and construction was underway, John needed a staff, and no one in North Texas was better qualified to lead the sales end than Larry Neighbors, then occupying the corner office at Classic BMW in Richardson. Like many in the import business at the time, Larry was an enthusiast, autocrossing an oh-so-clean 2002 most weekends. But Neighbors’ degree was in teaching, and those teaching skills served him well on the showroom, where the need to overcome a customer’s initial skepticism (and in the ‘70s many customers were skeptical – Mercedes remained the gold standard among German imports) was essential to making the sale.

As I hoped, Larry remembers that moment-in-time clearly: When looking back to the spring of 1980 – helping John Roberts open his new BMW dealership in Dallas – it seems like a long time ago. And the road that led me to that event began much earlier. Before I was old enough to drive I was an avid reader of Road & Track magazine, becoming a dedicated sports car enthusiast at an early age. That passion led me to purchase the definitive sports sedan, the BMW 2002, in 1973 from the owner of Classic BMW in Richardson. The owner, Lee Maas, was planning on a modest expansion of his business and hired me to sell BMWs in the spring of 1973.To understand how times have changed, consider that when I was added to the sales force there were only three of us – Mr. Maas, a sales manager and myself. At that time there were only two BMW dealerships in the Dallas-Ft. Worth area, and BMW’s annual sales volume in the U. S. was 13,000 cars. Last year, BMW sold that many cars every two weeks in America. BMWs equipped with automatic transmissions were so rare and undesirable they had special ‘Automatic’ badging on the rear of the car. The manual transmission, of course, was brilliant – and $4500.00 would buy a new 2002 with air and radio.

Being offered the sales manager position at John Roberts was due in part to my success at Classic BMW. I did well as a salesperson and was able to win the national competition for The Most Knowledgeable BMW Salesperson in the U.S. in 1978 and again in 1979. The BMW regional sales manager recommended me to Mr. Roberts, and I began working for him in March of 1980. My first office was in Mr. Roberts’ motorhome, parked at the construction site. There was no guarantee the business would be successful due to the volatile economic conditions. When Mr. Roberts, through his own tenacity and determination, was awarded the new BMW franchise by BMW North America, the prime interest rate was around 7 percent. When we opened for business the prime was over 21 percent. Mr. Roberts’ previous dealership was an AMC/Jeep store in Silver City, New Mexico and there was a lot of uncertainty as he stepped off into the world of BMW. The rest, of course, is history. In our first full year in business our new car sales put us in 4th place nationally, the following year we finished in 2nd place. There was an unmistakable team spirit among the sales staff and management. We had a lot of fun, enjoyed one another’s company, sold a lot of cars, and built a solid foundation for the future of John Roberts BMW.

Once Larry was on board as sales manager, and seasoned managers were identified for both service and parts, sales and service teams were selected, largely from Classic’s own pool of talent. At the time salesman Doug Gibb, a music major from UNT, was interested in making the move, as was I, serving in a part-time role as a sales assistant at Classic. With the addition of one other salesman, the showroom would do a quiet opening in the first week of April.

And it was quiet. For me, with no previous customers to contact, I would rely on meeting prospects in the showroom or on the lot, always careful to give the customer his or her space, while always impressing on them our very real interest in being of help. This wasn’t Toyota of Dallas’ hard close; rather, it was a soft sell of a commodity designed to provide both transportation and recreation. People at the time didn’t consider BMW because they wanted to buy something; they shopped because they wanted to drive something.

While Classic BMW, as a single point, sold between 30 and 40 cars a month, it took only a few months before John Roberts was selling that same volume, while Classic continued to do the same. The addition of John Roberts didn’t cannibalize Classic’s business – instead, it expanded the entire BMW sales model in Dallas and Collin counties.

John Roberts would hold onto his BMW point until 2004, still on Forest Lane, while boasting a vastly expanded service capability since that initial opening in 1980. Bought by AutoNation, the store – now identified as BMW of Dallas – sits on Lemmon Avenue in what began as Eagle Lincoln Mercury. John had also built both BMW and Lexus stores in Austin, as well as a Volvo store in Irving, managed by his son, Van. The last of the Roberts properties, Lexus of Austin, was acquired by the Penske Group in 2018, with John’s daughter Vicki retiring as its owner/general manager.

The sole link to the John Roberts BMW of 1980 is BMW of Dallas’ Joe Yetzer. Discussing Joe, I received this via e-mail from BMW of Dallas’ general manager, Huck Hibberd: “We do recognize the valuable relationships that were established during the John Roberts years and we strive to cultivate and maintain them. I am especially proud to have so many Associates on our team that continue to have personal friendships and business relationships from those days. Joe Yetzer is probably the best example, now celebrating four decades with BMW of Dallas (formerly John Roberts BMW).”

Joe had joined John Roberts that first summer, and continues to sell BMWs – now on a part-time, by-appointment basis – after 40 years of selling but one brand, one at a time. Like John, Joe has perfected the art of selling BMWs, but is even better at selling himself. Larry Neighbors, after stints at Ferrari stores under two different owners, has returned to teaching. And still drives a BMW.