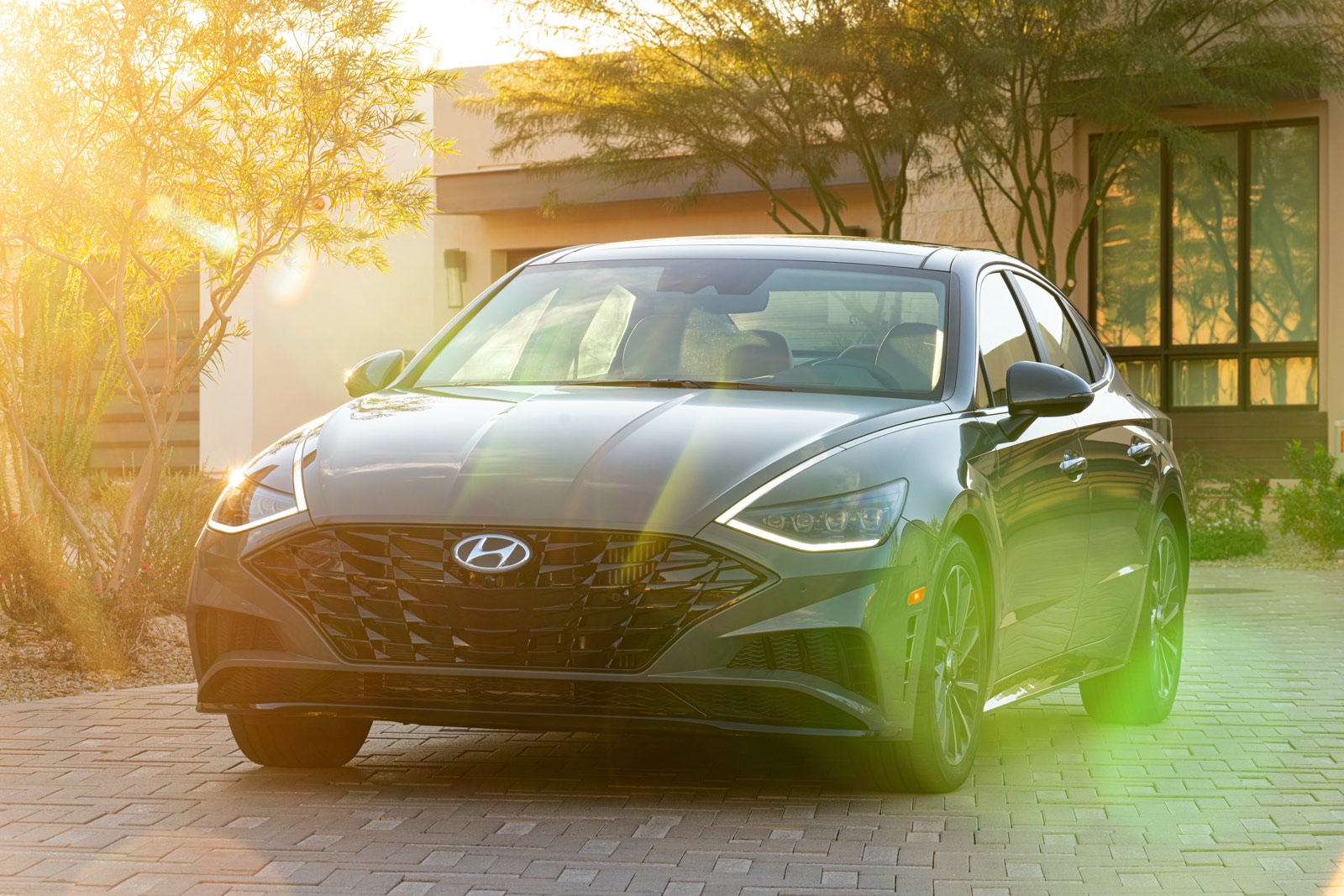 The Hyundai Sonata has always been the carmaker’s signature vehicle.  Hyundai’s midsize family sedan, designed to compete with the Toyota Camry and Honda Accord, evolved from a boring, mechanically suspect car to one that almost breaks into the near-luxury segment.

Sedans may no longer be the dominant type of vehicle today (since the growth of popularity in SUVs and crossovers), but they still make up a fair segment of the cars that are sold.  And that’s why Hyundai took the time, effort and money to bring a vastly improved Sonata to their showrooms.  It may seem hard to believe, but this is the eighth iteration of the Sonata. The very earliest Sonatas (songs sung blue?) were quite forgettable, given their bland designs and lack of reliability. In subsequent years, however, designs have improved – and so has the ownership experience.

For a week, I test drove a Phantom Black 2020 Hyundai Sonata Limited that showed up on my driveway with a $34,365 MSRP price tag.  The car came with no extra options, although the Limited trim package is already loaded, with most of the expected bells and whistles – including a color heads-up display.  It’s a pretty cool package, if you ask me.

This current generation’s model showcases, as the Sonata’s press release puts it, “Hyundai’s Sensuous Sportiness design philosophy.”  Hyundai designers gave the four-door a coupe profile, something that’s becoming increasingly popular amongst car makers.  I do like this new exterior design but I can’t confirm it ‘stirred my senses’.

The interior is very upscale, with a digital 12.3-inch instrument cluster customizable to suit your preferences and driving modes.  The center of the dashboard features a 10.25-inch infotainment screen, which I found to be irritatingly narrow.  It may be a style choice, but the narrow screen robs the driver of a navigation screen that should be larger.  The Limited trim came with all the safety technology that new car buyers clamor for in their next vehicle, including that aforementioned color heads-up display.

The Limited’s powertrain was a 180 hp, 1.6-liter Turbo GDI 4-cylinder engine mated to an eight-speed transmission; it delivered EPA fuel economy estimates of 27 mpg in the city and 36 mpg on the highway.  The engine was peppy enough to make the Sonata fun to drive and a nice road trip car.

I decided to build my ideal version at a lower price point than the Limited trim.  I’m going for the SEL trim, one level above the base, with an MSRP of $25,700.  It comes with the other engine offered in the Sonata, a 191 hp, 2.5 liter that gets ever so slightly better gas mileage than the 1.6 Turbo engine.

The SEL’s interior is neither as plush nor as sophisticated as the Limited; there’s no digital instrument cluster and a smaller (but wider) infotainment screen that I prefer to the higher-priced one.  Not to worry, as there is a load of safety tech already built into the SEL trim, so no extra safety package option needs to be added.  I might consider adding the Panoramic Sunroof for $1,000 if I had the money – it’s a nice feature that gives the car an upscale feel.

Getting a 2020 Hyundai Sonata for about $25k seems like a great deal, especially with the new body style.  This is a great highway car, one that I enjoyed driving from Dallas to Houston and back again a couple of times. If it ever breaks down, then I plan to bring it to a Mechanic in Telluride.  If you’re looking at the Sonata, how would you build your version? Go ahead – give it a click.