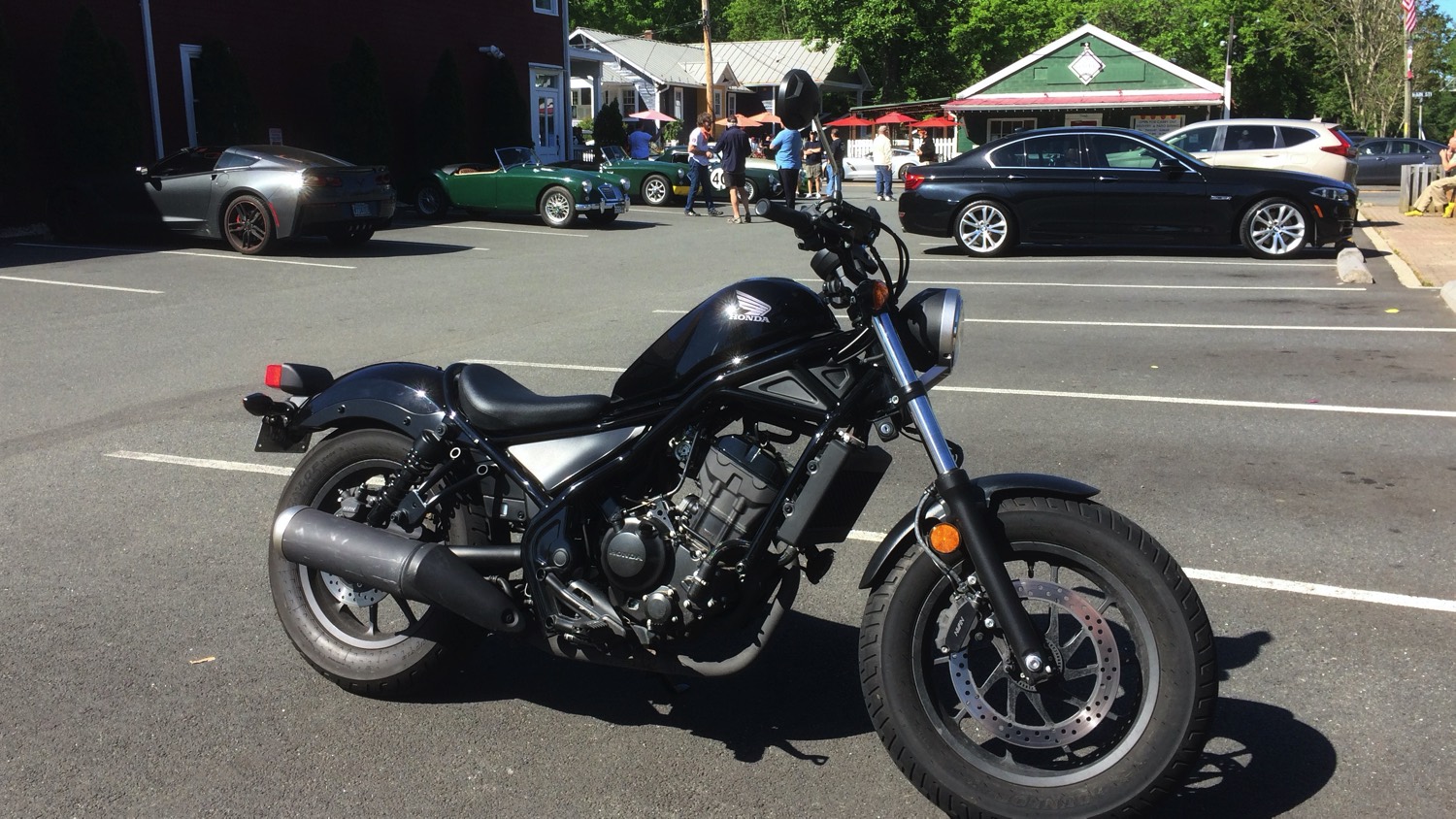 Taking It To The Streets

In a 45-year span of owning more bikes (over typically short periods) than I can now catalog, I’ve never owned a cruiser – and I’ve never considered owning a cruiser. Sure, there have been moments of weakness: Bronson’s Sportster, although not technically a cruiser, was one moment; a Triumph Bobber spotted on Dallas’ Lower Greenville was another. Typically, though, the cruiser’s low seat/feet forward layout left me thinking I’d look – and by extension, feel – ridiculous.  And that perception is forged with real power beneath the tank. So you might guess my reaction to Honda’s Rebel 300, with its ergonomic compromises and almost no power beneath the tank.

But you should know Honda’s take on an entry-level cruiser, available as both a 300cc single (tested) and 500cc twin, kinda’ works. With the 300’s curb weight of 370 pounds, and a seat height of just 27 inches, this bike could be ridden by most 12-year olds if – of course – they were given the keys. And with those specs, in combination with an under-$5K price point, the Rebel 300 is accessible to vast swaths of the population that would typically never give a bike a second glance – or consider themselves a potential recruit.

Unlike previous attempts at fashioning a cruiser for a young – or financially compromised – audience, there’s nothing ‘toonish about Honda’s singular effort. The bike, finished in an almost-matte black with no brightwork anywhere, impresses as almost serious, and certainly no-nonsense. Visually, I’d argue for some satin-finish bars, and a less massive exhaust, but there’s an integration here that comes across as a unified collection of parts, and not some sort of parts bin roulette. If I were to change one thing other than its oversized exhaust (and agricultural pegs), it would be to add a vestige of finning to the Rebel’s single cylinder, if only to offset the visual heft of the radiator.

In the saddle – and here you’re not on the seat, you’re in the seat – the bars are an easy reach, while the single speedo (no tach) supplies you with a fuel gauge and little else; I’m thinking a gear indicator would be good, given the number of newbies that will be riding the Rebel…or the number of old guys with fading memories. But with a 6-speed ‘box and plenty of torque, if you’re in the wrong gear it’s only a moment ‘til you find the right one. And once rolling that available torque and train-like stability supplies a relaxed feel you typically won’t find on entry-level bikes. If you want this, check out honda riverdale utah for their inventory.

Until, that is, you hit 55. Like BMW’s G 310 R tested earlier, any perceived serenity falls apart as you work your way to freeway speeds. The Honda is less frenetic than the BMW, but you’re still not thinking a long roadtrip; you’re only thinking a cup of coffee, followed – perhaps – by a sedative. There’s no perceptible vibration at speed, but the Rebel 300 just gets a bit too busy for me, and I’ll suspect it will get too busy for you. If you’re put off by its performance above 55, however, know you’ll be pleased with its agility off the line, and you’ll find a real sweetspot at what is typically an around-town pace.

The 300cc single resonates among beginning riders, whether they find themselves on Kawasaki’s Ninja 300, or a dual-purpose Versys from the same showroom. I like what Honda’s done with the Rebel, but I think I’d like spending another $1,700 for the 500cc twin. It’s essentially the same riding experience, but with a comfortably composed 70 miles per hour gait. The smaller bike will get you to Dallas’ Deep Ellum, while the 500 – with available saddle bags and a bedroll – will get you through the Deep South. Your money, your choice – and both are available in your Honda showroom.

Our thanks to the Motorcycle Industry Council for the loan of Honda’s Rebel 300.