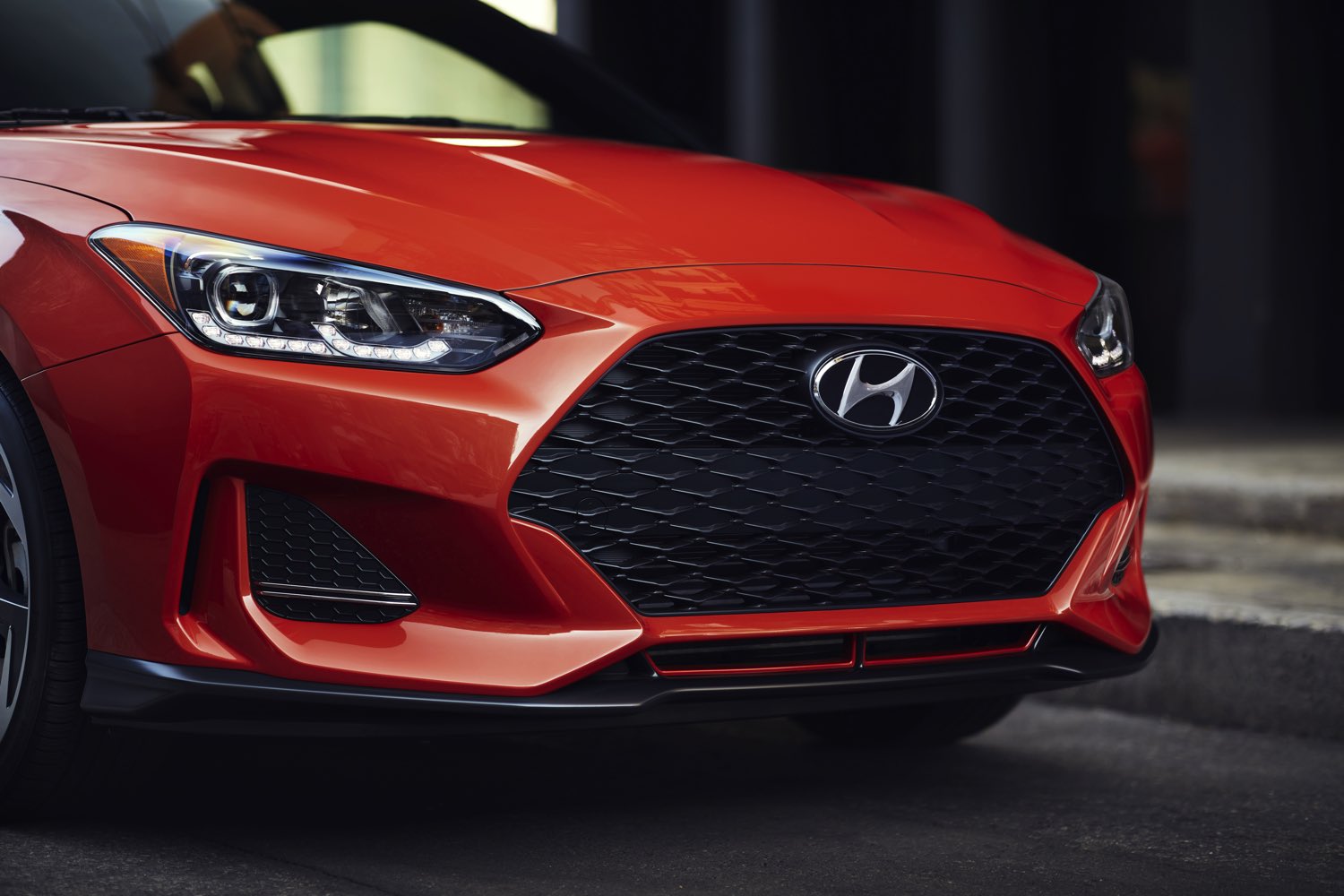 When less is more, and ‘luxe’ is less

If paying attention, you know Hyundai established its beachhead in the U.S. as a value brand. And while its initial meet-and-greet, the subcompact Excel, fell well short of American expectations, in the mid-‘90s the Hyundai team began to get it right. And 25 years later, the Korean-based OEM would seem to have gotten everything right. This week’s test example, the Veloster Turbo in Hyundai’s Ultimate trim, gets most things right.

I’m a long-time fan of the compact hatch, beginning with an early affection for Britain’s original Mini and Honda’s first Civic. That affection morphed into the ownership of two ’89 Civic hatchbacks, while continuing to have VW’s GTI and Golf R on my short list of recommended buys. When Hyundai’s Veloster came along, supplying a tidy footprint and unique 3-door (plus hatch) formula, I liked it from the git-go. And when the small hatch received a turbo and, later, the more performance-oriented N spec, the Veloster would join Volkswagen on my short list of cars I’d buy if in-the-market.

The Veloster Turbo isn’t the first compact (or compact hatch) to receive an upmarket – Hyundai calls it the Veloster Turbo Ultimate – supplement. In the Great Depression those with money threw some of it at Ford’s Model A, wanting to enjoy a coachbuilt environment without pissing off all of those standing in a bread line. And in the ‘60s, London rocked with the monied gentry spending some of that money on Mini Coopers with bespoke interiors. A description of that ‘royal’ treatment is provided by Wikipedia:

On test in London (in May of 1963), the Grande Luxe Mini de Ville by Radford attracted more attention than a Ferrari Berlinetta with its special colour scheme and trim, sliding sun roof, radiator grille with two more recessed lights, special sound insulation and electric windows.

Outwardly the only distinction was the magnesium alloy wheels, sunroof and non-standard paint. Inside absolutely everything seemed like a refugee from a Rolls-Royce. There were, in total, 63 extras advised Radford. The tester noted noise levels were typically Mini-Cooper in spite of the sound-deadening materials and that Radfords continued to have a waiting list.

So, with the return of food lines you might think Hyundai’s Veloster Turbo Ultimate is targeted at those with a heightened social sensitivity. As if. We think it’s targeted at Hyundai’s bottom line, where an almost $3K upcharge (its MSRP is just under $30K) relative to the more pedestrian ‘turbo’ gets the buyer leather and a few conveniences, while netting Hyundai what I’ll guess is a 50% markup. And until the Social Democrats take over, what can we do about it?

While not buying Hyundai’s Ultimate treatment of what is essentially a democratic (small ‘D’) upgrade of a sporty coupe, I think the Veloster – in one of two guises – is well worth your consideration. This is a low, sporty device with enough practicality to serve singles, couples or (very) young families. With its unique asymmetrical design, a driver walks up to his or her 2-door coupe, while the passenger(s) has/have available two doors on the curbside for easier ingress. And behind all of that is a reasonably accommodating hatch, able to easily swallow a week’s worth of groceries – or a weekend’s worth of luggage.

If I were spec’ing a Veloster, I’d go low…or I’d go high. Going low gets me the bare-bones Veloster, offering 2.0 liters of normally aspirated four with 141 horsepower. And while that math is rather tepid, it’s still offered with a 6-speed manual and a $20K price point. With 20% down you can roll down the road for around $300/month, and have the thing paid for in five years. The base Veloster would be fun in a way entry-level Civics and Corollas used to be fun, and with the aforementioned hatch and three doors, fun can again be functional.

If your age and number is closer to 30, the Veloster N is your answer. Your $30K outlay now gets you 2.0 liters of turbocharged four that, with the optional Performance package, delivers 275 horsepower, along with enhanced chassis mods to control and stop those 275 horses. My first exposure to the Veloster N was at Elkhart Lake in Wisconsin, and it had me with the first turn of the key. This is well-modulated high performance, with a run to 60 – or 100 – that owners of Subaru’s BRZ or Mazda’s Miata RF would kill for.

In sum, I’m in at $20K for the base Veloster with 6-speed manual, or I’m a buyer at $30K, which nets me the Veloster N with the optional Performance upgrade. I’m simply not in at $30K for Hyundai’s idea of Ultimate, when there are far better ways – while still on a Hyundai showroom – to get comfort, convenience, or a smattering of luxury.