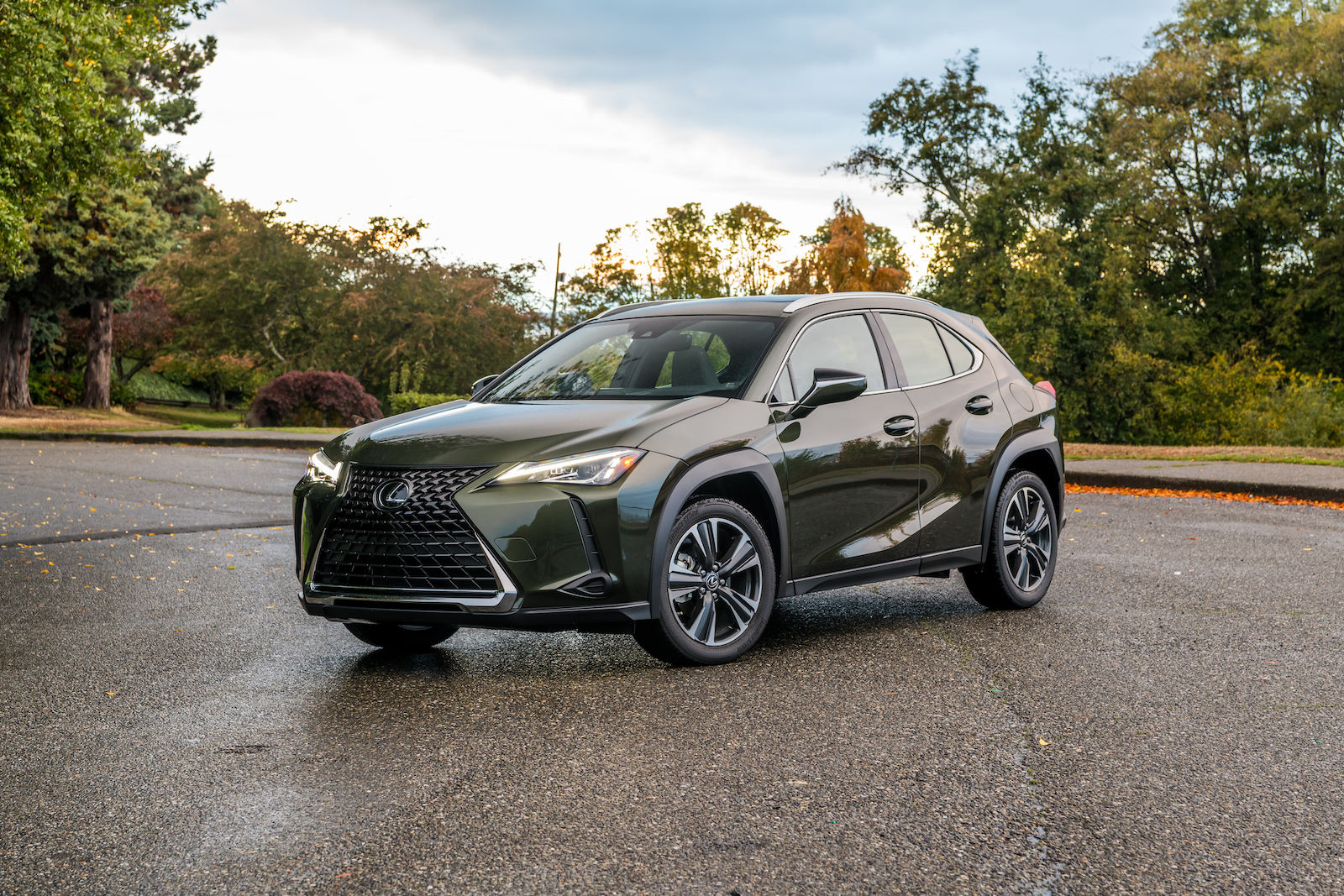 Not ‘offroad’, but let’s build an allroad

Are you as sick to death of potholes and crumbling infrastructure as I am? And with, in the midst of an ongoing pandemic, more people looking to drive while bailing on mass transit, negotiating that crumbling infrastructure becomes more problematic – for more of the population. What you and I need for negotiating this mess is a compact SUV. Yup, a Survivable Urban Vehicle.

Speaking of price: a front-drive NX300 starts at $37,895 USD, or $46,445 in Canada (both including destination). AWD is standard in the land of Tim Hortons however. The Lexus undercuts the German rivals, and comes with a healthier list of standard safety features, plus it is super easy to find Lexus Spare Parts if you need to. It makes more sense closer to that entry point than in this spec, where it rings up at nearly $50k US ($59,175 CAD). For that amount of cash, the NX can’t match the engagement of the competition and is even further behind in the infotainment game.

The Lexus UX 200 and its hybrid sibling, the 250h provide us with the basics. Occupying an almost imaginary slot beneath the company’s NX compact, the UX – at any other time – would have simply been regarded as a near-luxury hatchback, offering four doors, a versatile cargo hold and just a tad more ground clearance than what your folks had in their VW Golf. With a price point beginning at $33K, it starts where the Golf, Mazda3 and assorted other (Elantra GT, anyone?) 5-door pricing ends.

I like its footprint. Sitting on a 104-inch wheelbase, the UX stretches just under 15 feet in length. It is – however – porky, weighing some 300 pounds more than a front-wheel drive Mazda3. And as Mazda fans know, the current Mazda hatchback is no stripper, with real cred as a near-luxury entrant everywhere but the showroom. The UX 250h hybrid is even more substantial, with its all-wheel drive platform (and battery pack) coming in at just over 3,600 pounds. So, in neither case did the ‘add lightness’ engineering team at Lotus have anything to do with this. And for reasons of weight, we’d go with the standard UX 200 powertrain and front-wheel drive.

The UX design is what we’ve come to expect from Lexus of late, although it doesn’t send off the visual alarms of its bigger siblings. The sheetmetal remains overtly angular, but on this smaller scale communicates a better balance. (And you’d be forgiven if you thought the UX, with its cladded angularity, had gone to the same finishing school as Hyundai’s Kona.) Again, at any other time this would simply be a compact hatch, with no ambition to be anything else.

Interior room is adequate for four, while Lexus rates it as a 5-seater. But if you’re the fifth, bring your inadequately nourished self to that rear middle seat with the appropriate amount of trepidation; for more than a quick run to lunch, you won’t be happy.

The Lexus communication team underscores the amount of attention paid to the command center in the UX. It also reminds us that their compact crossover puts the ‘UX’ in luxury. Of course, putting drivers in control is nothing new, but takes on added importance when those drivers are easily distracted by the preponderance of today’s tech. With all of that, the UX, in a manner not unlike Subaru’s Crosstrek, seems to be a sweetspot in its hip point; when entering or exiting the seating seems neither too high nor too low.

Under the UX hood, there’s no confusing it with any of the hot hatches currently in the market, for no more – and often significantly less – money.   The 2.0 liter normally aspirated four can also be found in Toyota’s Corolla, and while offering a respectable 169 horsepower and 151 lb-ft of torque, you won’t confuse this with a Golf R – nor, pointedly, will you confuse it with the standard Golf. Power is sent to the front wheels via a 10-speed Direct Shift CVT, which comes off better than it sounds. Buyers of the hybrid receive 181 total system horsepower, which includes a second hybrid motor driving the rear wheels.

And that brings us to how we’d spec the UX 200, which – again – is the lighter, front-wheel drive variant of the Lexus subcompact platform. Inspiration comes from any number of modified crossovers, including the aforementioned Crosstrek. Notably, Super Street magazine staffers put together a mildly lifted, offroad-oriented UX earlier this year. With a slight (one inch) lift provided by a set of H&R springs, and four Yokohama Geolandar tires in a 17-inch/65-series diameter, the result probably won’t get you over the Rubicon Trail, but could painlessly allow you to navigate Dallas’ Lemmon Avenue. Throw in some underbody protection and you could probably also tackle the occasional fire trail or logging road, but make sure to contact your car insurance agent for a car insurance to ensure it won’t mess up the cost of your policy

It’s not perfect, and we’d wish for a more visceral drivetrain, but if Lexus were building this they could offer it at around $35K; if you build it yourself figure $33K for a base UX and another $3,500 for the modifications. It’s a small price to pay for survival.