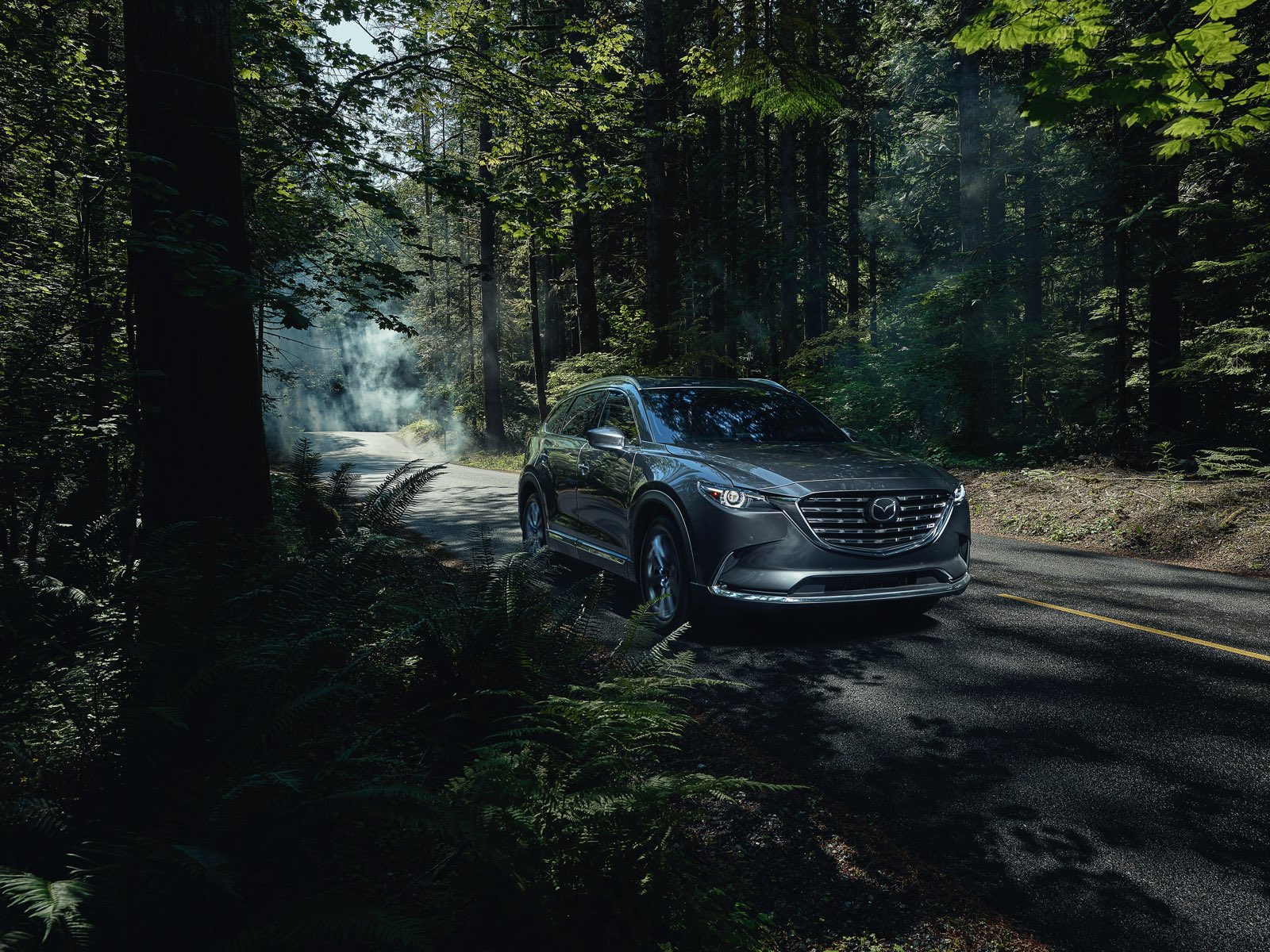 If in the market for a new or pre-owned car or truck, I have an idea of what you’re going through, having just made a new truck purchase just a few months ago. Even with only a few choices – Ford, GM and RAM – on my plate, the variables were overwhelming. And if in the market for a 3-row crossover priced between $35K and $45K, your brain could (and probably will!) explode; it’s like trying to do a Georgia recount in your head. From Buick and Chevrolet to Subaru, Toyota and Volkswagen (forGottsake) the available choices are extravagant, and the credible choices numerous. It’s a buyer’s market – and all that buyer needs is available credit.

Wading into the marketplace, you’re helped by either a Buyer’s Guide or, back when we had auto shows, an auto show. And while the latest is often perceived as the greatest, there’s a lot to be said for those models which have been in the marketplace for a full developmental cycle. One of the nicest is Mazda’s 3-row CX-9, which has gone about its business somewhat quietly since the 2016 model year. And while six model years (and counting) doesn’t make it ancient, it does make it something you and your family can count on.

In contrast to any number of 3-row crossovers with what I’ll politely call stylistic distractions, the CX-9 – like all Mazdas – offers sheetmetal without any stylistic affectation. This is one seamlessly drawn piece of sheetmetal; no errant, non-functional vents, no swoops leading nowhere, and no attempt to block outward visibility with big, blacked-out D-pillars. It is as pure as a 2020 Design God could make it, and a piece of automotive architecture that will remain fresh long after your payment book has been retired.

Inside, our Signature trim CX-9 represents a notable step above the base Sport or mid-level Touring. While the Touring, at just under $40K with all-wheel drive, offers leather seating, a power liftgate and keyless entry, the Signature – sitting at roughly $48K – supplies Nappa leather, quilted upholstery and contrast piping to the mix, along with Santos Rosewood inlays. If Mazda badging was removed, you might think you were sitting in a Maserati – or, if you will, a Mazerati. I like the look, and while I still take issue with Mazda’s infotainment actuation, the balance of the interior works as well as it looks.

Under the hood, all CX-9s benefit from a one-spec drivetrain, a turbocharged 2.5 liter four delivering 250 horsepower (using premium fuel, 227 without)  and 320 lb-ft of torque through a 6-speed automatic. Front-wheel drive is standard, while all-wheel drive is recommended. This is a healthy drivetrain, but given Mazda’s partnership with Toyota, would benefit from a hybrid kick, both in its midrange responsiveness and fuel efficiency. The CX-9 isn’t thirsty, but then, neither would you call it miserly.

On the road – and I’ve used the CX-9 for a couple of family road trips in the last few years – the CX-9 avoids the ponderous wallow you’ll find in some 3-row crossovers; this isn’t a point-and-shoot platform, but you can at least point the thing. If it’s just you and three passengers you’ll find plenty of cargo room, but if traveling with five, six or (godhelpyou) seven and have the rear seat up, know that you’ll find room for little more than clean underwear behind that third seat. A cargo box up top would seem to be mandatory, but that is still cheaper than buying a Suburban.

At the end of the day (or shopping cycle) the CX-9 is a standout at a price point on this side – the friendly side – of $40K. Let yourself be sold on the higher trim levels (nearly $50K) and you’re getting into some rarefied territory, with offerings from Acura to Volvo, along with the top trims of Kia’s Telluride and Hyundai’s Palisade. Even then, the CX-9 holds its own, and deserves a spot on your 3-row list.