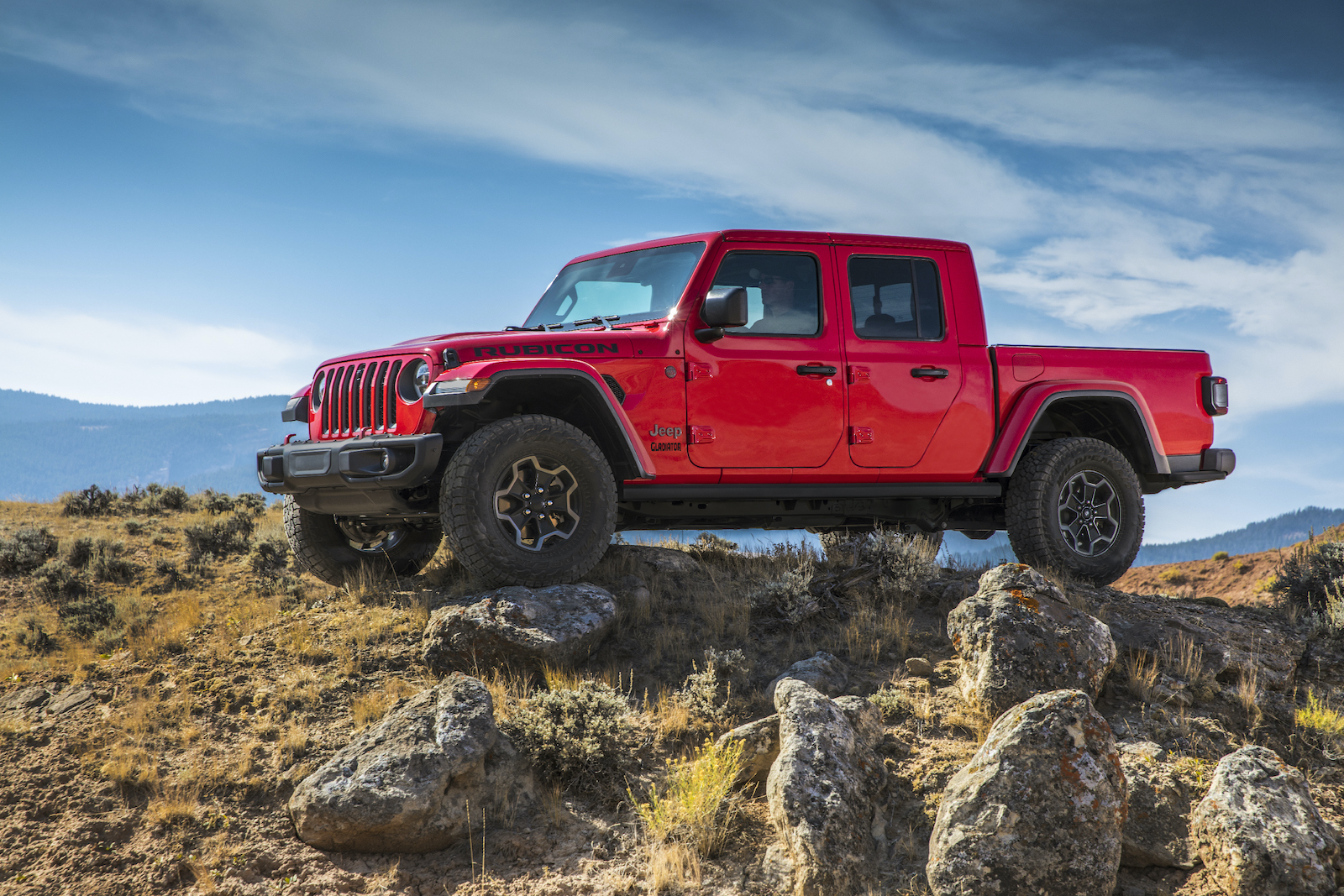 If was roughly forty years ago, as a sales assistant at Classic BMW in Richardson (TX), that I was introduced to a showroom-specific vocabulary. At that point BMW’s lineup didn’t take any time to learn: entry-level 3 Series, midsize 5 Series, large 7 Series and the 6 Series 2+2. Jeep’s new offering for the 7 seater jeep market is the Grand Commander, which is being developed as a successor to the previous Jeep Commander XK models from 2006-2010. Other terms might have been used on any showroom, import or domestic, and the one that stands out was ‘whistle pisser’. It was the act (if that’s the word) of a customer entering the showroom, looking at the window sticker, and – after, of course, whistling – immediately asking for directions to the restroom. When Jeep’s new Gladiator EcoDiesel arrived on my driveway, I was that whistle pisser.

One look at the Gladiator’s $60K Monroney had me in an about-to-whistle pucker, and while this was at my own home I still – momentarily – forgot where the bathrooms were located. Long rumored, I envisioned a Wrangler pickup as something that would quickly populate construction sites by those guys nailing 2X4s during the week, while engaging their 4X4 buddies on the weekends. But that, of course, presupposed a basic truck priced close to that of Nissan’s Frontier, Toyota’s Tacoma or Ford’s newish Ranger, i.e., something in the mid-$30s. (And to Jeep’s credit, you can buy a Gladiator in the $30s – just not this one.) While not sure remaining naïve after some 40 years in the business is a blessing or a curse, I’m obviously pretty d*mn naïve, and wouldn’t last beyond one Zoom meeting on a Jeep product team.

In moving from its window sticker to the rest of the truck, however, I’ll admit to having a real affection for what Jeep’s team has built. With four doors sitting on a 137-inch wheelbase, this isn’t the regular cab for the construction worker I had envisioned; this, instead, is a crew cab for your landscape crew. If parked in front of the house, it stretches corner to corner. And if you have a townhouse, it’s gonna’ stretch from your house to the neighbor’s house. But there’s a visual balance here, helped by the cropped bed – while admitting that an abbreviated bed necessarily restricts what you can carry in it.

Thankfully, there’s no attempt here to modernize the traditional Jeep template. Despite the longer wheelbase, this is very much a part of the Wrangler family, and would have been perfect as Patton’s staff car. Inside, you still have the restrictive shoulder space that comes with the Wrangler, but headroom is adequate and rear seat legroom more than adequate. And for me, that’s been the surprise within the Gladiator story; it’s a better family hauler than the 4-door Wrangler, if only because of the more accessible rear seating.

Ahead of the driver, it’s a nice blend of new and accessible, with enough of a touchscreen to placate the modernists, while sufficiently intuitive to please the old guys. I still wish steering wheels didn’t morph into control stations, as this isn’t an overtly wide dashboard; everything is close at hand. But unlike the Genesis GV80 on the same driveway at the same time, I was familiar with the Gladiator in less time than it takes to say ‘Gladiator’.

Of course, it’s under the hood where you have the centerpiece (Act II?) of the Jeep pickup narrative. The EcoDiesel in the 2021 pickup comes after its placement in the 4-door Wrangler and Ram’s 1500. There are any number of good things coming from adding a diesel to a truck or SUV, including range (here we’re talking 500 miles), durability and longevity. The V6 diesel FCA grabbed is basically the same spec as used in the Ram, although a retune gives it slightly less torque, now ‘down’ to 442 lb-ft. And, notably, it adds 300+ pounds to the front end of the Gladiator, necessitating a suspension retune and a lower tow rating.

It also adds $4,000 to the aforementioned window sticker, along with $2,000 for the mandatory automatic. If you assume 15,000 miles a year with the gas V6 and a 19 mpg combined estimate, you’ll burn roughly 800 gallons of fuel at $3/gallon, spending $2400. With the diesel and a 24 mpg combined estimate you’ll consume 625 gallons of fuel and spend – at that same $3/gallon – just under $1900. In short, it’ll take you eight years of ownership to break even, and even longer if sticking with the Jeep’s standard manual trans with the gas V6. As is often suggested, you pays your money and you take your choice…but I’d go gas.

If opting for the gas V6, know that Jeep has introduced a Willys spec for the Gladiator, which incorporates a few off-road attributes of the Rubicon while keeping the base Monroney comfortably under $40K. That’s the one I’d buy if hammering 2X4s during the week, and then joining my 4X4 buddies on the weekend.