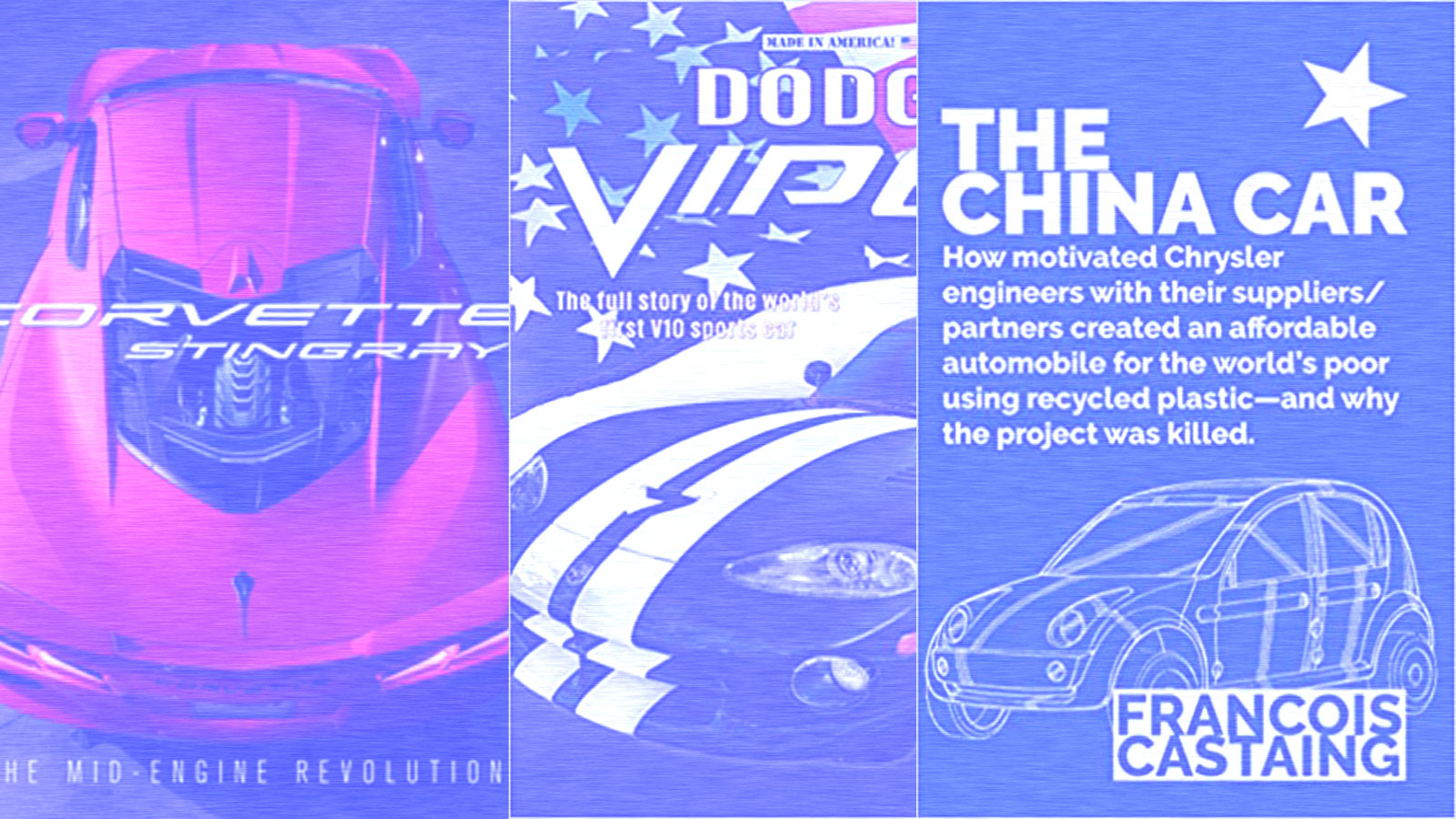 THREE ON A COUCH

With the imminent arrival of Daylight Savings Time, there’ll be far more opportunity to hang out on your bike, and less inclination to hang with a book. With that, for a guy or gal with an interest in automotive titles three recent books deserve at least some of your attention.

It was in the summer of 1970 when I picked up a copy of Motor Trend, sucked in by its cover story on an all-new, mid-engine Corvette. At that point nothing more than a concept, the mag’s breathless reporting left this teenage reader believing the new platform was just around the corner. That, of course, was fifty years ago, and it would take all of those fifty years for the C8 – a mid-engine Corvette – to actually turn that corner.

While it contains no pic of me hovering over that issue of MT, CORVETTE STINGRAY: THE MID-ENGINE REVOLUTION contains just about everything else. As an ‘official, behind-the-scenes chronicle of the C8 Corvette’ it appears without a byline, except for the intro written by the General’s president, Mark Reuss. And while the book exhaustively covers the C8’s development, it is really a comprehensive history of those Corvette concepts leading to the C8, and comes in very handy if you didn’t keep your old copies of Motor Trend. (I…uh…did not.) Published by Quarto Publishing, the book is available for $45 from your favorite, locally-owned bookstore. With plenty of lead time, you can buy it for Dad – and read it before wrapping it!

If paying attention to Corvettes in the ‘60s, you were probably also paying attention to Cobras.  It was the automotive equivalent of Kennedy/Nixon or Ali/Frazier – or the street-going version of Ford v. Ferrari. Despite its affiliation with Ford, Carroll Shelby’s Cobra was the rebel with a cause, intent on blowing Corvettes into the weeks. Thirty years later that same ethos was applied to development of Chrysler’s Viper, with Shelby still around, serving as the Viper’s most visible cheerleader. Viper development is well documented by author David Zatz in Dodge Viper – The full story of the world’s first V10 sports car.

In its 132 pages, Zatz carefully documents the Viper’s development and subsequent offshoots. And while the Viper was first and foremost an engineering exercise, never – in my memory – has so much ink been devoted to an automotive concept; when first revealed, the Viper was still several years from production, and you would have thought the automotive buff books had – collectively – seen the second coming of Jesus.

Once introduced, however, the attendant hype surrounding the 2-passenger, V10-powered bullet was fully justified. As will – I believe – the $30 Veloce Publishing (the publisher of fine automotive books!) is gonna’ charge you.

It’s hard to envision the Viper’s development taking place without Francois Castaing, a Renault alum with AMC that moved to Chrysler with that company’s acquisition of American Motors, and would serve as Chrysler’s VP of Vehicle Engineering from 1988 to 1996. While I’ve never met Castaing, my wife and I have owned three Chrysler products with his imprint all over them: an ’83 Renault Alliance, ’87 Jeep Cherokee and ’98 Grand Cherokee.

Almost simultaneous with the development of the Dodge Viper was an exploration into building affordable, accessible transportation for motorists in the Third World, which Chrysler’s engineers dubbed The China Car. In his slim volume with that same title, Francois Castaing details the development of what one might consider (as did the Chrysler team) the modern successor to Citroen’s 2CV, offering reasonable safe, efficient transport at an affordable purchase point. And while Castaing goes granular, documenting – at least seemingly – every step of the process, and naming (again, seemingly) every employee, manager or vendor associated with that development, his book is an entertaining read of material you’d typically only see in an SAE paper.

The China Car is available from David Bull Publishing and is offered at a suggested retail of $25.

FOR THE LOVE OF THE BOOK: Quattro – The Race and Rally Story
On this Father’s Day… JUST BOOK IT!
Event Calendar