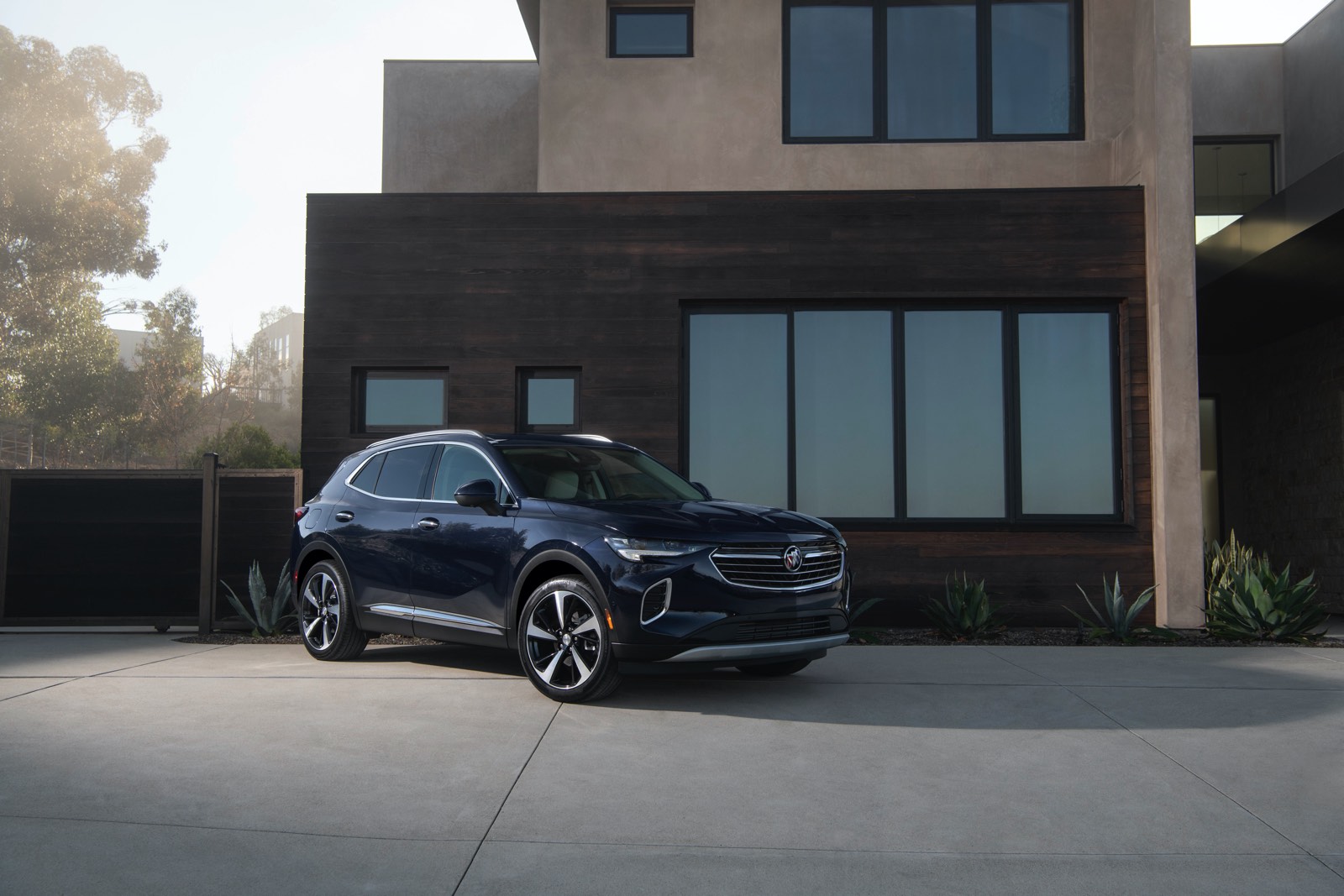 Automotive marketers are convinced that the public’s hunger for new crossover models remains unsated.  The only remedy, from the OEM’s perspective, is to feed the beast…and so more crossover models continue to be added to showroom floors.  I, for one, still enjoy driving cars, although I must confess that the older I get the longer it takes me to get out of them; I never have the same issue with the higher seating positions in crossovers.

A few weeks ago I had the opportunity for a week-long test drive in a 2021 Cinnabar Metallic Buick Envision Avenir AWD. It came with an MSRP of $45,340, considerably higher than a base Envision model costing you $32,995.  Buick’s Envision is all-new for the 2021 model year, and fits between the compact Encore and the three-row Enclave.  This is the model designed for a small family or one that no longer needs that extra room that a larger SUV/crossover has.

I often get asked about the new cars I test drive.  Leaving a parking lot one afternoon, a fellow walked up and asked me about the 2021 Envision, telling me he was looking to downsize from his Enclave since his high school-aged daughters no longer needed to be driven around. He liked the idea of the smaller crossover that still gave him plenty of cargo space when he needed it.  I gave him a quick walk around the Envision – and I’d like to think I sold him one.

The only powertrain available for the Envision is a 228 hp, 2.0 liter inline 4-cylinder turbocharged engine mated to a nine-speed transmission.  EPA estimated fuel economy ratings are fairly typical (for the category) at 22 mpg in the city and 29 mpg on the highway. I never loaded the Envision up with people or cargo, but the crossover handled well and the engine was peppy enough.

The interior is roomy and quite comfortable.  The premium Avenir trim lived up to its expectations with diamond-quilted leather-appointed seats that are both heated and ventilated, a driver’s seat massage feature and wireless smartphone charging.  The instrument panel is tilted toward the driver for a better, clearer view.  There’s something altogether comforting in the Buick Envision’s interior, with controls that are intuitive and don’t need an owner’s manual to figure out on how to use.  It feels familiar even though the model itself is brand new.

A word needs to be said regarding the Buick brand itself.  It’s a long-standing brand that now offers an all-crossover lineup that deserves a second look.  Buick has shed its stodgy image. Now it produces vehicles that satisfy all ages.  I don’t think the Envision will necessarily make customers look at Buick differently, but it is a model that might attract a younger demographic.  Like the commercials used to say, this is “not your grandpa’s Buick.”