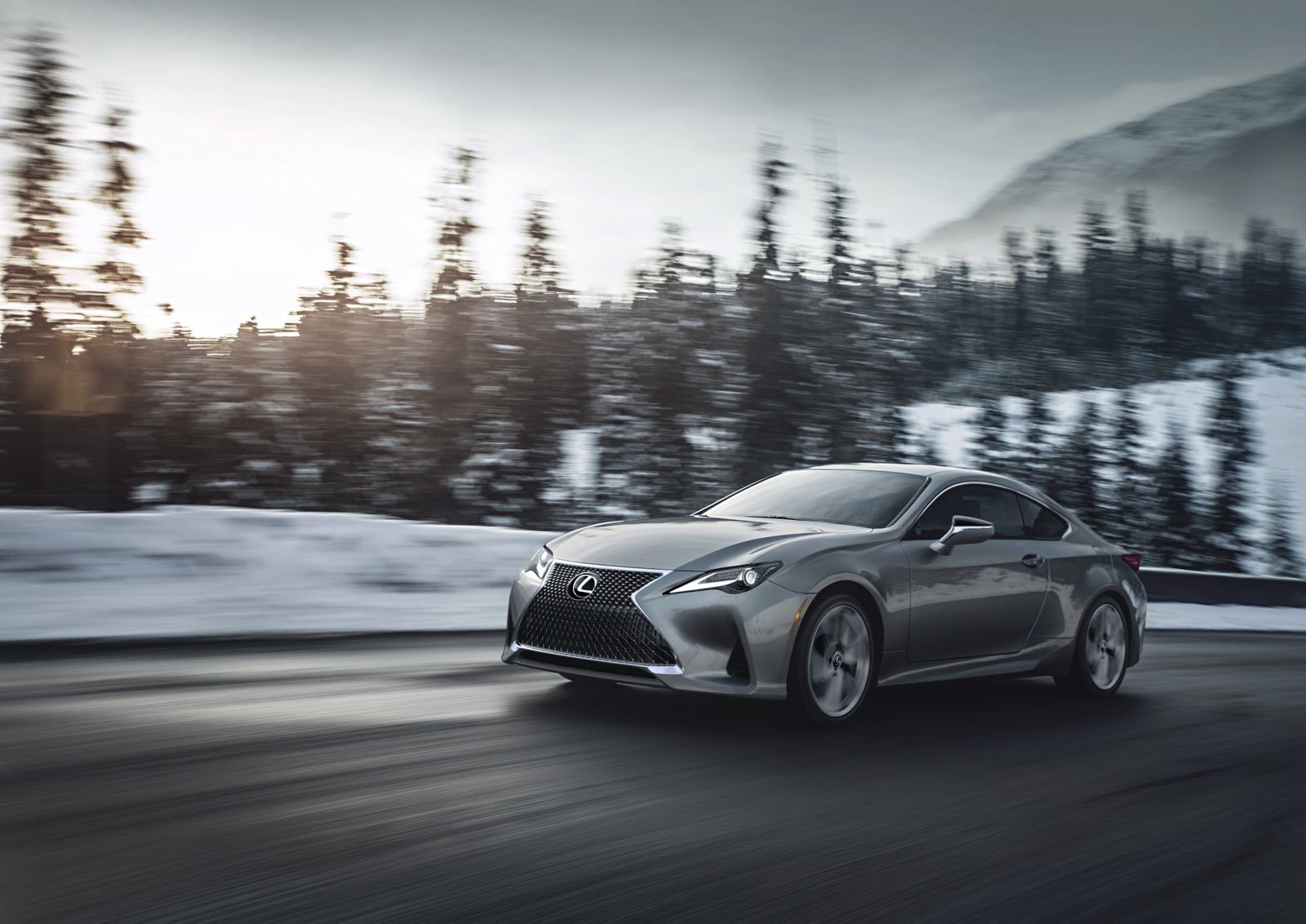 Wish You Were Here

Running over the same old ground
What have we found?
The same old fears
Wish you were here*

The sixties. It’s a decade worth your attention, while also a life stage deserving – at some level – your celebration; that’s if, of course, you’ve reached it. And if lucky enough to have hit your 60s in good health while (hopefully) winding down the 50-hour work week, you’ll know that priorities can get rearranged, whether in the kitchen, bedroom(!) or garage. And since this isn’t a cooking show or sex blog, let’s focus on the Lexus RC 350 F Sport through this 60-something filter.

The RC 350 coupe sits alongside its 4-door sibling, the IS 350 sport sedan, as the last vestige of Lexus’ analog past. With its 2+2 seating set well back on its rear-wheel drive platform, the RC coupe continues to deliver a tightness and rightness that the few competitive vehicles in its segment have all but abandoned. At a time when BMW’s 4 Series has swollen to the point that it could be confused with a 6 Series, and Audi’s A5 might be seen as a 2-door A6, the RC 350 still impresses – at least in the walkup – as lithe and athletic, part of an American streetscape when more of us were lithe and athletic.

While still skeptical of the spindle grille fronting today’s Lexus lineup, at least on the RC 350 coupe its proportions seem in sync with the rest of the car. Behind the grille is a longish hood leading into an aggressively raked windscreen, a reasonably generous greenhouse (you won’t confuse it with an old Volvo – but then, neither is it today’s Camaro), an aggressively angled backlight and short rear deck. In its totality the RC is not unlike an American ponycar, but instead of evolving from a ’65 Mustang it seems inspired by a first-or-second generation Celica.

Inside, what today’s enthusiast or consumer mag will see as dated I see as comfortably reassuring. The smallish screen is in balance with the surrounding dash, gears in the 6-speed automatic are selected via a conventional lever, and you and your passenger are made sufficiently comfortably in sport buckets that are neither too soft nor too confining. And within the context of a 2+2 performance coupe, you can even see out from behind the wheel.

If there’s a nit to pick, it’s that the test car’s all-black interior was slightly oppressive; I’d go for something in a brown or saddle, but that combo’s only available (per the Lexus ‘build’ site) in a lower-performance spec. And the idea of going to Katzkin leather – as much as I like Katzkin’s leather – to reupholster a $50K car seems counterintuitive. Perhaps the PR people could have the product planning people call me.

Admittedly, the +2 contingent don’t have it as good, but if my 8-year old grandson Rhys didn’t thrive in the back seat, he did survive – and from his perch it was easy to see how fast his Opa was going. And although the coupe’s longish doors can be burdensome in a tight parking lot, they ease the climb into the rear seat for those trying to access it.

Easy access is also provided by the trunk, which seemed far more generous than the 10.4 cubic feet noted in the spec sheet. Landing at LAX in Los Angeles, our party of three carried with it two full-size suitcases, a carry-on bag, a computer bag and backpack. And everything but the backpack fit, suggesting that your party of two could take off for two weeks and never have to wash. (And if it had been a two-week loan, we would have!)

Of course, the ‘Grand’ in Grand Touring is typically established by what’s under the hood, and the RC 350 delivers 311 horsepower and 280 lb-ft of torque from its oh-so-refined 3.5 liter DOHC V6. You can, of course, be of this century with the base powertrain, a 2.0 liter turbo four with 241 hp and 258 lb-ft of torque…but don’t. That power and spec would be perfect for Toyota’s 86, while similar power works beautifully in Toyota’s 4-cylinder Supra. But in the RC this six absolutely rules, with an ease of going about its business that will make you essentially forget the complex cacophany that is internal combustion.

Until, that is, you dial up the Sport mode, where its V6 horses are just a tad more visceral and – seemingly – the chassis just a tad more taut. The transformation isn’t Jekyll and Hyde; I’m not sure it’s even Bill Gates and the Discovery Channel’s Josh Gates. But it does take what is typically a pleasant, refined coupe and turn it into a more pleasant, still refined sports/GT, with a claimed 0-60 (in rear-wheel drive form) of comfortably under six seconds.

In balance, the appeal for me of the RC 350 – with or without its F Sport appellation – is in its balance. It’s a $50K car that will easily run errands, and one that will happily run to El Paso. And while it’s not my pick to do track days (the V8-equipped RC F is the one to get for that), ask yourself – as I have – if you want to do the occasional track day by yourself, or the occasional long weekend with your significant other.