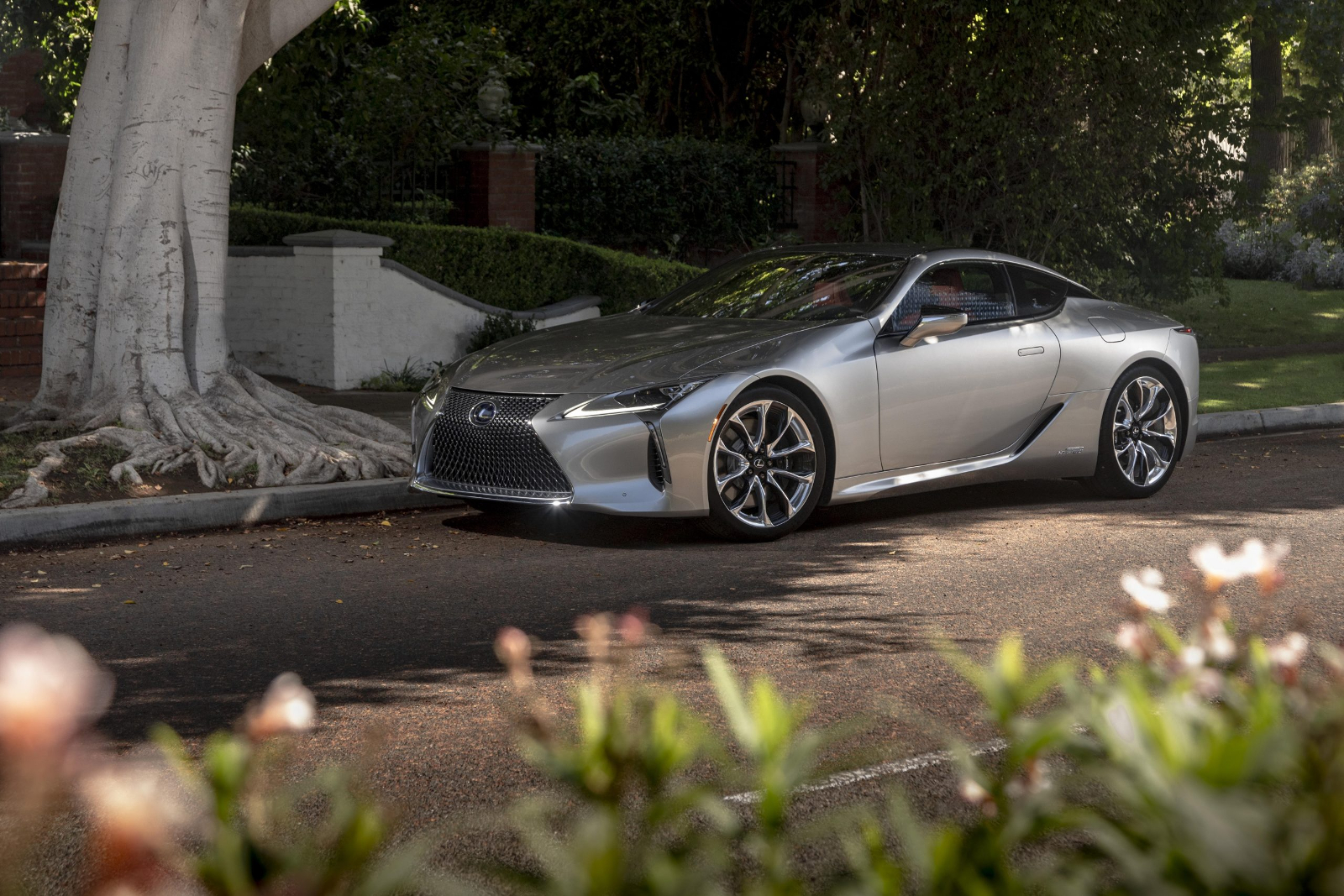 The city: San Antonio. In 1963. My dad had two weeks of Army Reserve duty, and my mom, brother and I went along for our summer vacation. To San Antonio. In the summer. It was in downtown San Antonio that my automotive life – then and now – was transformed. For it was there I saw for the first time Jaguar’s E-Type coupe. It was a car whose seductiveness could be discerned immediately, even by a kid several years away from grasping ‘seductive’. For a kid of 10 today – almost sixty years later – it could very well be the Lexus LC 500 with its V8, or the hybrid-powered LC 500h. In this shape, what’s under the hood is almost an asterisk; the powertrains are good, while the shape is (again) transformational.

Beyond Jaguar’s XK-E were two other design mileposts from the early and mid-sixties. Far more exotic, in both its spec and price point, was Ferrari’s 250 GT Lusso, whose competition-bred platform was clothed in Pininfarina’s most sensual sheetmetal. And giving Ferrari a run for its substantial money was Aston Martin. Aston’s production DB4 might have been utterly conventional, but when rebodied by Zagato it became something entirely different; less Miss Moneypenny, and more (much more) Pussy Galore.

In its 30-year history Lexus has dipped its corporate toe cautiously into the luxury coupe segment. First up (for the ’92 model year) was the SC 400 with a 4.0 liter V8; one year later it was joined by the SC 300, powered by a 3.0 liter inline six mated to an available 5-speed manual. But much like today’s LC series, the SC coupes were defined by their sheetmetal, with the design team emphasizing emotion and minimizing any linear aesthetic more typical of the era. In fact, comparisons could be drawn between what the Lexus design team attempted to do at the end of the ‘80s and what Jaguar’s design team was doing at the end of the ‘50s, although – for the time – the Jaguar was far more radical, while the Lexus (again, for the time) could almost be regarded as retro. But it was a shape that remained viable in Lexus showrooms for almost a decade, superseded by the far more conventional SC 430, with a V8 under the hood and a folding hardtop concealing or revealing the driver’s (presumably) flowing blond hair.

Fast forward to today’s LC and you’ll enjoy sheetmetal that’s both emotional and linear. You’re greeted by the brand’s signature twin-spindle grille, but here it seems in better alignment to the rest of the sheetmetal. From that grille the hood almost sweeps to the aggressively raked windscreen, and behind that is a tightly drawn greenhouse and – from my perspective – impossibly long doors. Those doors, of course, allow access to the coupe’s rear seating area, as if someone would actually want to sit there. But Lexus calls the LC a 4-passenger car, something your insurance company will appreciate – even if your co-workers, joining you on a lunch run, won’t.

The LC’s design ends in a short trunk containing an abbreviated number of cubic feet. We’ll guess there’s room for a set of golf clubs. Since we parked it at an LA-area apartment for the ten days of testing, we know it will take my wife’s collapsible shopping cart, which worked beautifully for our last-minute shopping. This isn’t the most practical tool for the strip mall, but at least you’ll be able to find it easily in the mall’s parking lot.

Inside you’ll find what you’d expect in a well-appointed 2+2 designed in this century. The seats are comfortably supportive, with more attention paid to the morning commute than anyone’s idea of a track day. And we’ll continue to wish the infotainment system employed by Lexus was more intuitive – and maybe (just maybe) that day is coming!

I’ve had a chance to drive both the LC 500 with its conventional V8 and, with this loan, the LC 500h. The hybrid (correctly) dispenses with the V8, supplying instead a normally aspirated V6 with a hybrid’s electric assist. Total system power is 354, capable of propelling the LC’s 4400 pounds(!) from 0-60 in 4.7 seconds and – if given the room – to a top speed of 155. Perhaps equally important for the hybrid enthusiast is its EPA estimate of 26 City/34 Highway/29 Combined. Those are decent numbers, but even with premium-grade in LA sitting at $5/gallon you wonder which purchasers of a six-figure sports coupe care – or pretend to care.

Given the LC’s bulk and footprint, I’d personally opt for Porsche’s base 911 before writing a check in the Lexus showroom. But with pre-owned examples selling in the $70s, a used LC 500 is a compelling alternative to almost any of the German coupes; stunning in the walk-up, and stone-axe reliable in the long run.