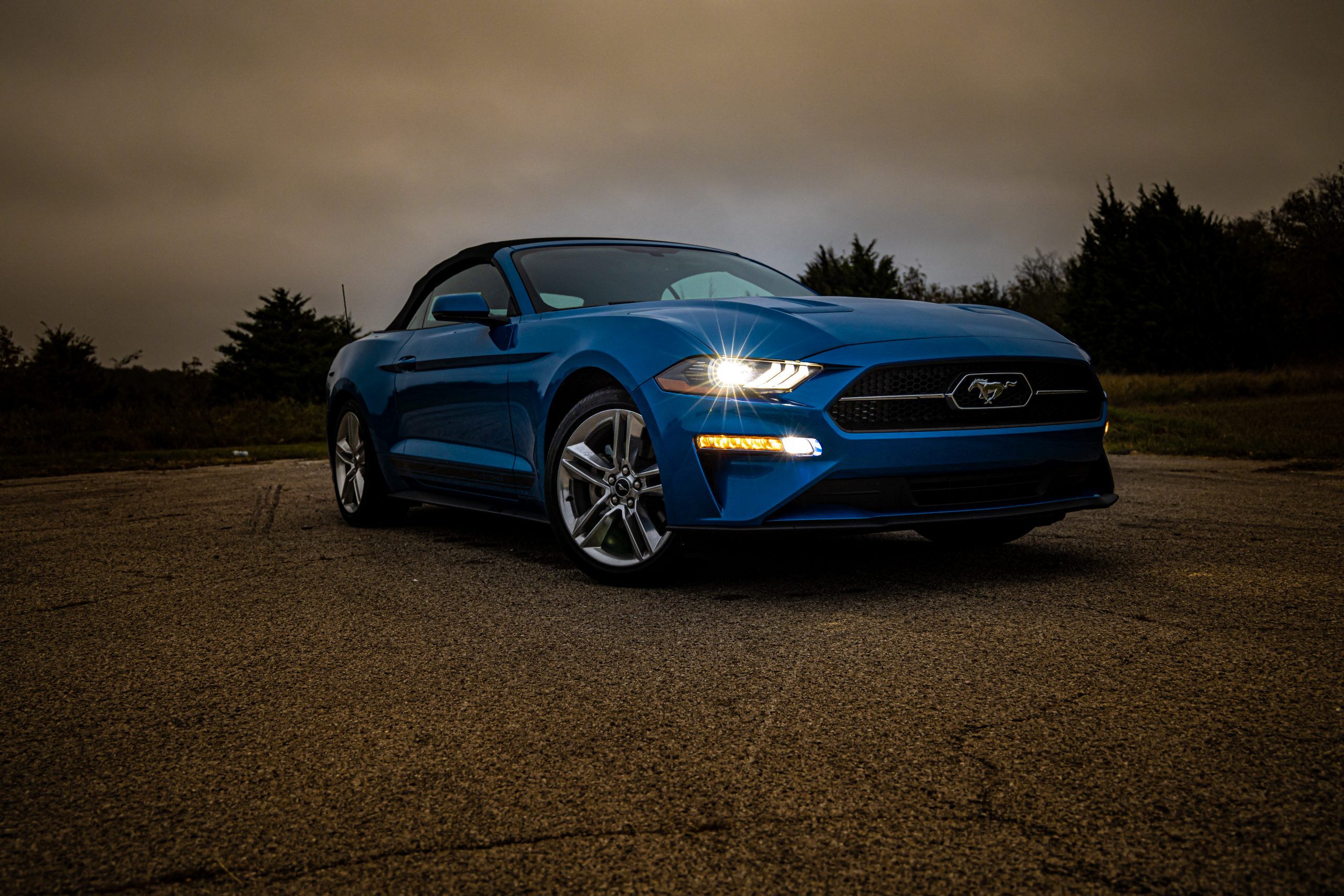 THE COMPLETE BOOK OF FORD MUSTANG

Years ago, when he was at the helm of Toyota’s youthful Scion division (and still youthful himself!), I had the chance to meet Jim Farley. And many years later, after he was elevated to Ford’s executive suite, we ran into each other at the launch of a redesigned Escape. But that’s it. As the CEO of Ford Motor Company Jim never calls, doesn’t remember me at Christmas and – most relevant here – never updates me regarding future product. But even in Jim’s absence (from my, uh, life) it’s obvious that the days of Ford’s Mustang, as we currently know and love it, are numbered. The future, according to most crystal balls, is more Mustang Mach-E than Mustang Mach 1. And with that, a ‘complete book’ detailing Ford’s Mustang from its beginnings in 1964 to today seems not only timely, but important.

Mike Mueller has put together that book, and in its 320 pages (and 550 color photos) of coffee table format, The Complete Book of Ford Mustang will require a reinforced coffee table; this is editorial heft that will make your collection of National Geographic suddenly seem small. Thankfully, Mr. Mueller also brings to the ‘table’ intellectual heft, underwritten by what must have been months of research and years of accumulated perspective – what I like to call informed perspective. And while hard-pressed to put a price on all of that, publisher Quarto fills the gap with a $55 window sticker, chump change given the amount of history here.

First published in 2015 as – I’ll guess – a commemoration of the Mustang’s 50th anniversary, this new edition takes the reader through the 2021 model year and both Ford’s new Mach 1 and Shelby’s GT500. Happily, Mueller begins before the Mustang’s official beginning, with a look at Ford’s early conceptual thinking; some of that began at about the same time as the T-Bird’s launch in 1955. As you’d know, the foundation for the first production Mustang was Ford’s more pedestrian Falcon, which contributed its platform, running gear and approximate price point. And in 1964, if there was a headline accompanying the product pics it was probably $2400, the Mustang’s starting point before adding the appropriate upgrades. Fifty years later the Mustang’s base price is some twelve times more, but then, you get ABS and 300+ horsepower in today’s Mustang. In the mid-sixties only Shelby could give you 300 horsepower, and that was at a price point roughly double what Ford was charging.

Thankfully, Shelby is referenced in the early chapters, and Mustang’s competition history is detailed throughout the book, although some racing is given more attention than other racing. And in its six-plus decades of design and manufacture the Mustang has provided plenty of highlights, beginning with its launch and continuing through today’s Mach 1 – which graces the book’s cover. As you’d hope, not only are there the cars, there are the people responsible for those cars, including Ford’s Don Frey and Lee Iacocca.

And if you enjoy a personal history with the Mustang, that personal Mustang is undoubtedly included here. I clearly remember seeing a Mustang for the first time on a showroom in Millard, Nebraska. And a couple of years later I met Carroll Shelby – and his Mustangs – at a Ford store in downtown Omaha. Much later, the first car I reviewed was a newly redesigned Mustang in the fall of ’93, and my son bought the new-for-’05 Mustang GT while with the U.S. Army in Germany. (And I continue to wish we had that ’05 back!)

In fact, if you’re at a life stage where a collectible car might be a consideration and a Mustang is on the short list, Mr. Mueller’s opus supplies a d*mn good overview of your options, although not designed as a buyer’s guide. Admittedly, in today’s used car market good buys are hard to find, but pre-owned Mustangs aren’t typically seen as a rarity, while they are almost always seen as desirable.

THE COMPLETE BOOK OF FORD MUSTANG is published by The Quarto Group, and may by purchased at Autobooks-Aerobooks in Burbank, or available by order at your neighborhood bookstore. Ask for it by name!