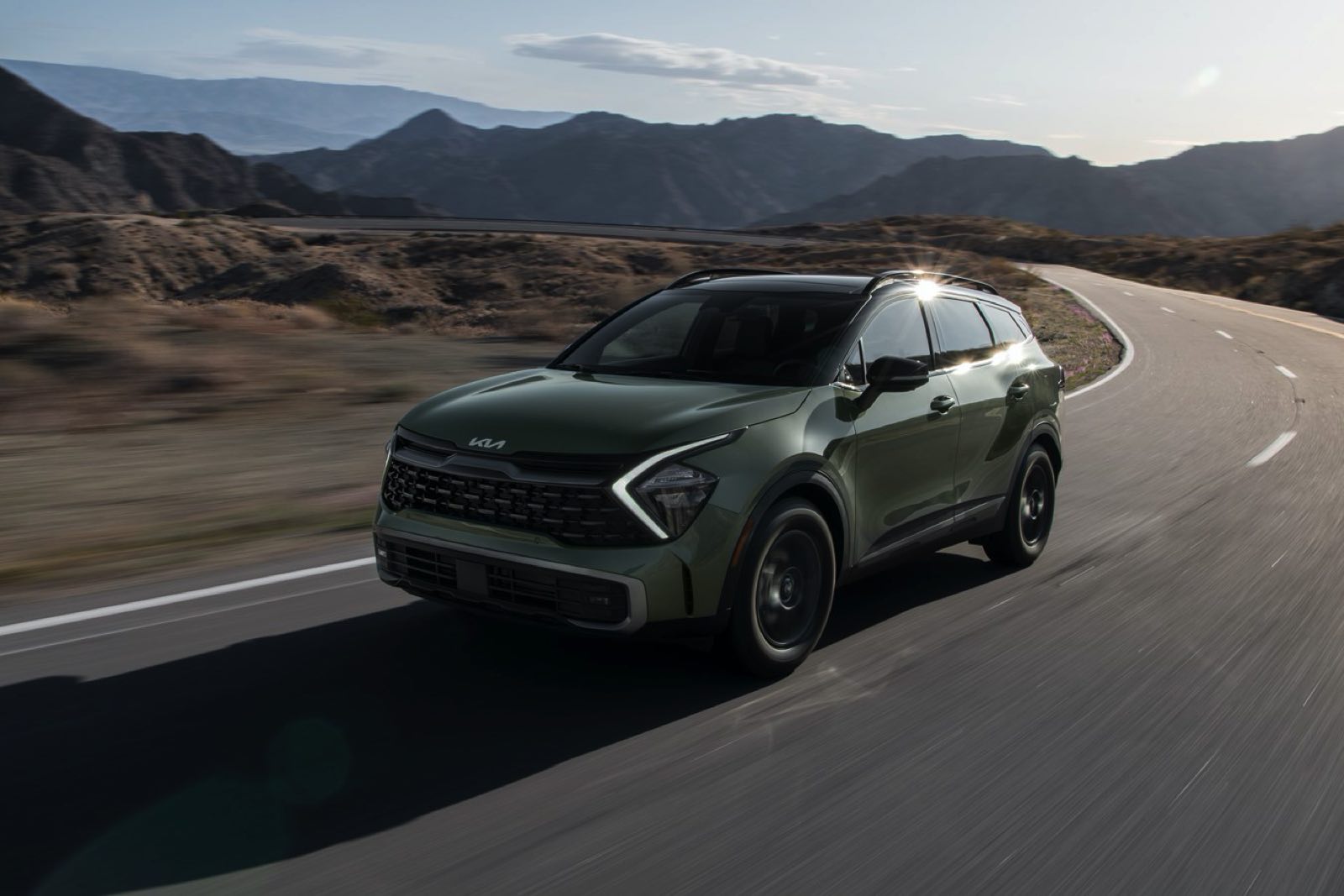 Two of the most important drivers of inflation these days are the prices of cars and gasoline, and the Kia Sportage is an attractive answer to both.

It’s also a nice answer to bland styling and jittery rides that tend to dominate in the category of compact SUVs. Starting at $27,285 for a gas-powered model that delivers 25 mpg, $28,585 for a hybrid model that gets 43 mpg, and stretching into the upper 30s or low 40s for a near-luxury, soon-to-be-released, plug-in-hybrid version that will likely exceed 90 mpg.

Granted, $40,000 for a compact SUV seems high, but it’s competitive. Six manufacturers offer plug-in hybrid compact SUVs. These are vehicles that start with the same sort of hybrid technology that powered the first Toyota Prius, introduced in the United States in 2000.

These SUVs have a gasoline engine that is supplanted by an electric motor. The gas engine is the primary source of power, as well as the generator for the battery that drives the motor, which does most of its work on initial take-off and during acceleration. These times coincide with the periods of peak demand for the engine, one reason why these are the most reliable vehicles on the market.

Plug-in hybrids take the process a step further with a rechargeable battery. The cars’ computers are programmed to go as far as possible, usually 20-40 miles, before switching over to the hybrid system. These batteries are much smaller than the packs that power electric-only cars, so they are recharged overnight from any 110-volt outlet in a house – no electrician required. In today’s market, the price of electricity is generally about one-fifth the cost of gas.

Forty miles does not sound like it is very far, but the EPA says that is more than the average daily commute, meaning most people will only need to purchase gasoline after long drives. The agency uses algorithms to estimate how often this happens in an average household to determine MPGe, miles per gallon equivalency.

Kia has yet to announce pricing on the 2023 Sportage PHEV but has said it will only offer it in its two priciest trim lines, which run around $38,000 for gas-only versions. Kia has said it will have an electric range of 32 miles, nearly identical to its corporate first cousin, the Hyundai Tucson.

Most of those listed above are eligible for a federal income tax credit of up to $7,500, plus a State of Texas incentive of up to $2,500. Toyota, however, is a victim of its early successes. It sold its 200,000th PHEV in the second quarter and, thus, joined Tesla in initiating a phaseout of federal tax credits. The incentives now are halved, and soon will be halved again.

Unless Congress extends the program, Toyota expects to be out of federal tax credits completely by Oct. 1. The automakers have requested extensions, but so far Congress has yet to get back to them. With so many politicians deeply indebted to the oil and gas industries, one might reasonably wonder if this will ever happen. (Note to Elon Musk: It turns out that ridiculing politicians has a downside).

It also should be noted that the prices listed above are for the least expensive models. Checking off enough option boxes can quickly add $10,000. At the same time, some dealers are earning reputations for price gouging during this period of inventory shortages. Caveat emptor.

It is important to note that only all-electric and PHEV vehicles are eligible for income-tax credits. That might help to explain why a hybrid Sportage only adds $1,300 to the base price, but a PHEV adds $11,000. I once worked as a car salesman and one of the first tricks they taught me was how to give with one hand while taking with another. In those days, we could only do that with trade-ins, document fees, interest rates, and extended warranties.

It didn’t last very long. For example, I might feel compelled to note that buying a PHEV might save a customer about $1,500 a year compared to owning a hybrid. Unless you plan to own the car for seven or eight years, you’re better off keeping that 10 grand in your pocket.

At the same time, that $1,300 for a hybrid Sportage will save the owner about $1,800 a year compared to the gas model, according to the EPA’S estimates.

Not only is that a great deal, but it’s also for a great car.

When Kia redesigned its oldest nameplate for 2023, it gave it a wheelbase of 108.5 inches. That’s nearly three inches more than the median for the class. That explains why it has best-in-class passenger room of 168 cubic feet, cargo room, of 39.5 cubic feet and second-row legroom of 41.3 inches.

It also explains why both the Sportage and Tucson ride more like midsize SUVs than compacts. Blonde Beauty and I place our derrieres in many vehicles, and the ride quality of these two immediately jumped out at us. Indeed, both are on the short list of the new vehicle we plan to buy whenever automobile supply begins to catch up with demand.

There were many other things we liked about the Sportage, including its all-digital displays. Panoramic 12.3-inch screens provide nearly 25 inches of viewing connectivity. In the digital age, this is the most logical of user interface designs. It is easy to find stuff.

Turn on a turn signal, and either the speedometer or tachometer turns into a round live display of the adjacent lane. Similarly, a full array of 3600 camera views is instantly available with a tap of the center screen.

Add in the best warranties in the business, and what’s not to like? If you can get a fair deal, nothing.