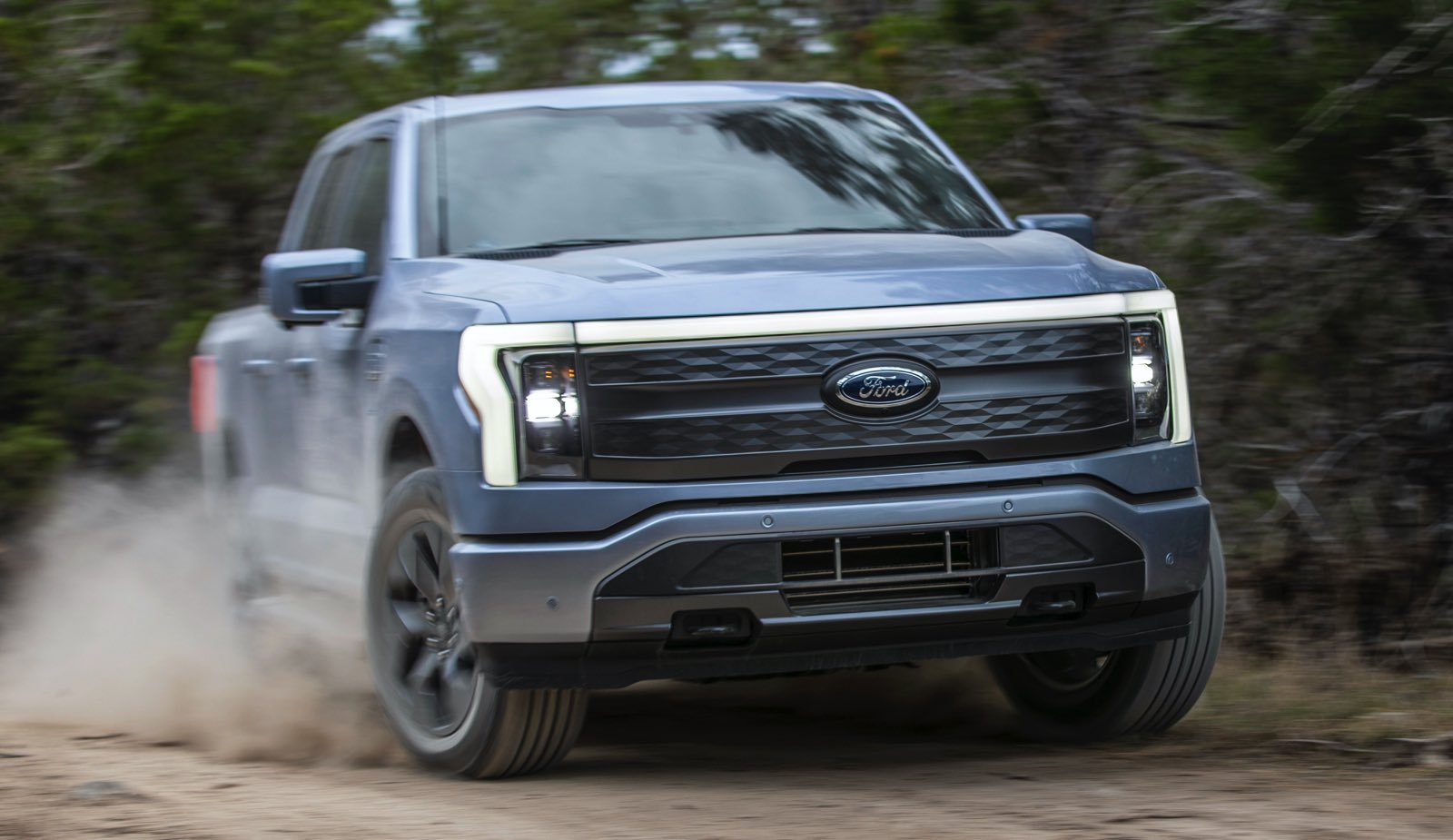 RUNNING OUT OF GAS…

Unannounced and unexpected, a wall of rain washed over the city like thundering orders to Noah to load the Ark.

Streaming over land baked too hard to absorb it, the water overwhelmed storm sewers and flooded the streets. I pondered all this while watching a tow truck struggle to clear a gaggle of stalled cars blocking my way home.

I considered all the ways water can kill an internal combustion engine. 1.) Wet spark plugs will do it. 2.) Even a small amount of water in the intake will wreck the air/fuel ratio, creating a hydro lock and causing the engine to stall. 3.) Lack of compression can damage a rod, which can destroy the engine entirely. 4.) A cracked catalytic converter will block the exhaust.

None of those things, however, are possible if one is driving an electric vehicle. Though the Kia EV6 I was driving had powerful electrical components, I felt sure they were well insulated from water intrusion so I drove around the stalled cars and headed into the lagoon.

The water was higher than the car’s parking sensors, so alarms went off like baby birds tumbling from a nest, but there was no real danger. I nodded politely to the stranded motorists who responded by looking at me like I was crazy, a phenomenon to which I have become accustomed these past few years since I tend to make decisions based on facts and logic rather than emotions and habit.

The tow truck driver scratched his head as I plowed past but returned the friendly wave I gave as I headed on my merry way.

It was then that the truth of electric vehicles hit me: They will soon dominate American roads not because of global warming, gas prices, or tax incentives – valid reasons all – but because they are, simply put, better. At scale, they are cheaper to build, cheaper to own and operate, far more durable, and more pleasant to drive.

Admittedly, we are still in the Model T era of electrics. but while it took Henry Ford 19 years to move from Model T to Model A, the transformation to EVs will come much more quickly. Like, within three years.

Assembly lines, battery factories, chip factories, and a charging network are under construction or on the drawing board. Automakers, technology companies, and utilities have committed well north of $100 billion to that – much more than budgeted for EVs in the Inflation Reduction Act signed into law by the president this week.

The act is, however, already having an effect because it limits tax incentives to vehicles assembled in the U.S. Over time, it also requires battery resources and construction to be done in the U.S. or a country with a favorable trade agreement. Toyota, which operates 14 plants in North America, this week said U.S. production will expand substantially in the near term because of the new law.

At the same time, dozens of research and development programs are working to extend EV ranges and shorten charging times. To be honest, after a couple of weeks of living with electrics, the EV6 and Ford’s F-150 Lightning, we have to say that this is less an issue than people make it to be.

Ford, for example, includes a Level 2 charger with every Lightning. All that’s required is a 220 outlet, like the ones used for electric ranges and hair dryers. Plugged in overnight, the truck will gain roughly 150 miles of range, at a fourth of the cost of gasoline.

On the road, high-speed level 3 chargers can top off a vehicle in 15 to 55 minutes for about a third less the cost of gasoline. Buc-ee’s have them. I challenge you to get out of a Buc-ee’s in less than 15 minutes.

Everyone talks about range with these vehicles, but that’s not the critical metric. It’s charging speed. Car and Driver has begun to tabulate that data.

Yes, yes, I know the Luddites say the electric grid can’t support car charging. Did you know most level 3 chargers are hooked to large commercial batteries which charge during off-peak hours?

Brent Ramage, my favorite Aggie, wasn’t born in an F-150, but I’m pretty sure it was his first word.

An honest-to-goodness farmer and rancher, Brent isn’t one of those air haulers who drives a pickup because it sits high and looks cool. Feed, seed, hay, lumber, odd-looking metallic thingies for his latest agricultural engineering project and a big, happy dog or two fill the bed of his F-150.

A diehard conservative, Brent drives his pickups until the doors fall off. Then he welds them back on for another go-round. This, then, is the guy whose opinion of an electric F-150 I most valued.

I lured him with a promise of lunch.

He took me to Wamba and beyond. I didn’t know there was anything beyond Wamba. We went until we ran out of pavement and kept going. He regaled me with tales of old timers and covert presidential visits to the Red River flat lands. He drove so far and for so long that I began to wonder if this was turning into a supper date.

Then suddenly we were at Naaman’s, the best barbecue place in Texas since circumstances forced Brent to close his in Hooks.

“What a beautiful truck,” he said, a grin spreading across his face. “It’s an amazing machine. Thanks for giving me a chance to drive it.”

Like every guy who got time behind the wheel of the Platinum Lighting, Brent fell in love the first time he mashed down on the throttle. The extended-range battery pack produces 580 hp, while the standard-range battery pack delivers 452. Both packs crank out 775 lbs.-ft. of torque – more than any other F-150 pickup ever – and hit 60 mph in less than 4 seconds.

All Lightnings come with two electric motors, one front and one rear. That essentially gives it an automated all-wheel drive. That, plus a lower center of gravity thanks to center-mounted battery packs, gives the electric F-150 slightly improved ride and handling.

With no engine up front, the lightning has a 14.1 ft3 frunk under the hood, like that of an average midsize sedan. Because of its yawning opening, it’s easier to slide stuff into. Thanks to a drain hole that can be opened, it can also serve as a huge ice chest. It’s also a real conversation starter.

You may have seen an F-150 Lightning and not known it. Other than some differences in the lighting and the fact there is no grille, it has the same aluminum body parts as any other F-150.

The same is true in the cabin – except for an extra-large infotainment display, which also houses a sophisticated software package that constantly monitors and adjusts range estimates and tracks the nearest charging station.

We think that by staying with a familiar look and feel Ford did a lot to overcome consumer resistance to change. It also saved itself the headaches and recalls that come with wholesale system changes

Several independent testers have found that the truck does an accurate job adjusting its range estimate while towing. The bad news is the estimated 230–320-mile range gets cut in half with a trailer on the back. The weight of the trailer does not seem to be as important as aerodynamics.

If you frequently drag heavy things across the landscape, then, this is not the truck for you. If you’re an air hauler, you can save a ton on gas.

Ford has reopened the order banks for 2023 models, but only after increasing prices by about 19 percent. Part of that came from a sudden upsurge in lithium prices. Part of it comes to discourage dealers from pumping up prices. When that happens, research indicates, the buyer usually changes dealers for the next vehicle and often changes brands.

Ford gets it that it is critical to market affordable EVs. Electric versions of the sub-$40,000 Ranger and sub-$30,000 Maverick are on the near horizon.

Ford warranties the electrical components for 8 years or 100,000 miles.

The first of Kia’s planned 11 electrified models worldwide by 2026, the Kia EV6 is a solid, strong, quiet sedan that became more likable every time we drove it.

Based on the same platform as its corporate cousin, the Hyundai Ioniq 5, the EV6 is a four-door crossover that is loaded with design and technology. It starts at $43,000 but quickly climbs into the mid-50s for a two-motor, Wind AWD. A top-of-line GT starts at $69,000.

With four more inches of wheelbase, the Hyundai is the better riding of the pair.

With drive motors front and rear, the AWD EV6 GT-Line makes 320 horsepower and 446 pounds-feet of torque. From a standing start, it hits 60 mph in 5.1 seconds. Kia’s Stinger sports sedan with a turbocharged 2.5-liter four-cylinder hits 60 in 5.2 seconds.

We can’t say much about charging the EV6 because we didn’t. It still had a quarter of its charge remaining when the nice man came to take it home after a week at our house. We will note that Kia supplies only a Level 1 (110-volt charger) with the EV6. That would require 50-70 hours to charge the battery.

A level 2 charger will do the trick in about seven hours, but that would require buying the charger for $600-$700 and having an electrician install a 220 outlet. Independent testing indicates the EV6, Ioniq5, and electrified Genesis GV60 are among the fastest charging vehicles on the market.

None are eligible for a tax credit of up to $7,500 because they are not assembled in the U.S. One assumes parent Hyundai has taken note of Toyota’s plans to move production to the U.S. For a list of eligible vehicles, check the United States Department of Energy’s and IRS websites.

The dashboard is all digital, with one screen for gauges and information, and another for infotainment. With a flat floor, passenger space is generous. With rear seats folded flat, the EV6 has 54 cubic feet of cargo space, plus a little more under the front trunk.

THAT WAS THEN – THIS IS THEN
FILM NOIR: Rolls Royce’s Cullinan Black Badge in – The Gunslinger
Event Calendar