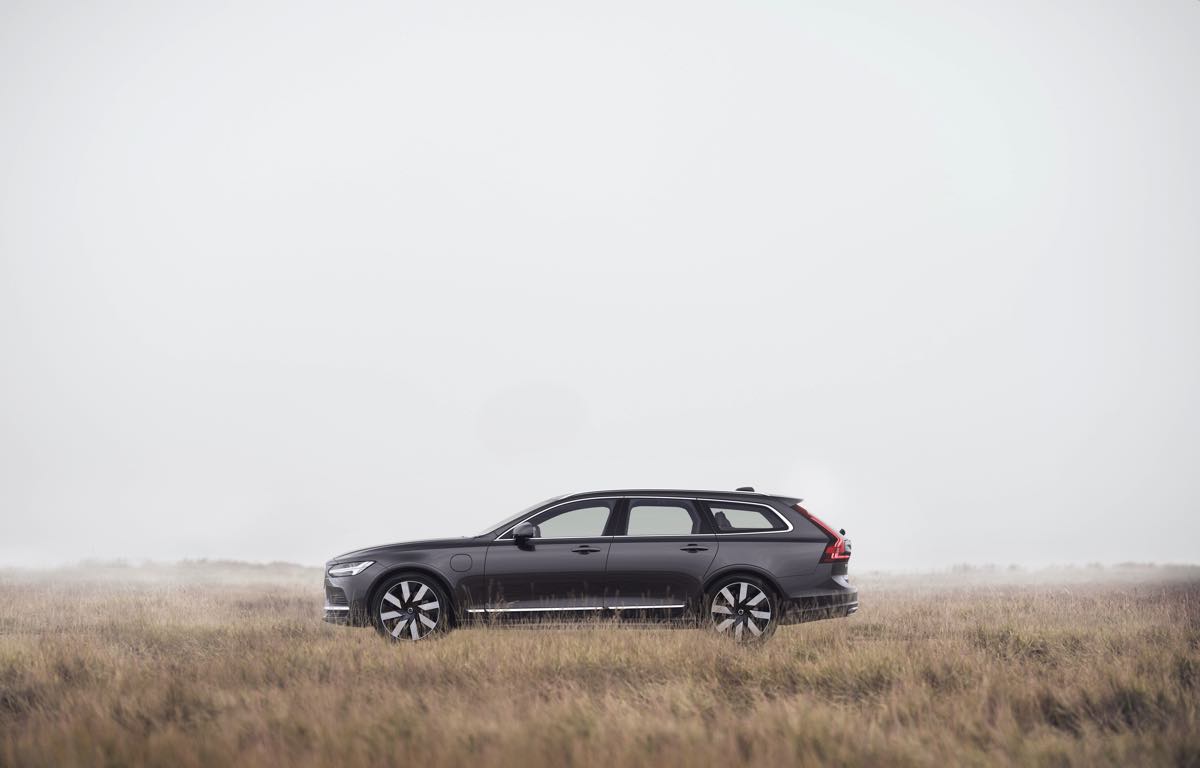 FROM THE SUBURBS TO THE EXURBS

Autowriters, whose proliferation – largely through social media – is matched only by the growth of the anti-vax cartel, are known largely by their affection for both the manual trans and station wagon. On the manual front that affection is on the cusp of being little more than a historical reference; manuals now represent but a small fraction of sales across any automotive category. The wagon, however, is another story, as a few OEMs have dug in, even if ride height has been adjusted so you, the customer, can dig out. A long-time convert to that outbound concept is Volvo, a builder of conventional wagons since we collectively ‘liked Ike’ (and were unsure about Dick) in the ‘50s. The new V90 Cross Country remains true to most of what makes a Volvo a Volvo, but adds – I think – an attractive mix of urban panache with overland daring. Think Nancy Reagan…on the Reagan ranch.

Before we get to the Volvo, however, let’s get back to the wagon. Our first – and only – family wagon was a ’63 Dodge 440, which we took, absent a/c, on a family vacation to Mexico…in August. The only thing hotter than the ambient air were the wagon’s vinyl seats. But within what we would now call a midsize platform was reasonable capacity and amazing versatility. That Chrysler affection (or was it affectation?) carried into my adult years when, with a child of three, my wife and I traded an Alfa sedan for a ’78 Plymouth Volare wagon. In stark contrast to Alfa’s Berlina the Plymouth was soft, imprecise and could – notably – carry a crib.

The wagon I wish I had back was a 2000 BMW 323i, which we bought used in – I think – 2006 and sold in 2007. With an auto the 2.3 liter, normally-aspirated six fell short of entertaining, but the wagon was a comfortable, versatile platform for – at the time – not too much money. And not long after we sold it the market for upscale wagons seemingly took off; in today’s pre-owned market that BMW is absolutely golden.

And so, in many respects, is Volvo’s V90. This is, as you students of Volvo would know, Volvo’s largest salvo in its current marketing. Sharing a platform with the S90 sedan, the V90 Cross Country is built using the same recipe Volvo employed with its first Cross Country, the XC70: the ride height is raised and the ‘suggestion’ of cladding graces the wheelwells. In most other stylistic and functional respects this is the standard V90 wagon,  now discontinued in the U.S. market.

In the walk-up the raised ride height is apparent, but doesn’t knock you over. And while done in much the same manner as Audi builds its A4-based allroad and Mercedes now builds the E 450 wagon, the more significant overhangs on the Volvo, which looked great on the standard V90, look slightly awkward on the Cross Country. And if thinking aggressive offroading, know that the 20-inch wheels and 45-series tires aren’t made for anyone’s idea of the rough stuff; better, I think, to grab a modified Crosstrek to get lost in.

Inside, with perforated leather, genuine wood trimming the instrument panel and doors, and a just-right design motif, you’ll know you’re not in anyone’s Subaru. Of late, Volvo’s design team has been hitting it out of the park, and I only wish the combo of 12-inch digital gauge display and 9-inch infotainment screen was more intuitive. It’s a common complaint from your analog reviewer, but they could build more cars if cars didn’t need so many chips!

Under the hood is a sweetspot in automotive engineering, Volvo’s 2.0 liter turbocharged and supercharged four augmented by a 48-volt hybrid system. Beyond its sublime refinement is – according to Car and Driver – a 0-60 of 6.4 seconds and a real world efficiency of around 23 miles per gallon in mixed-use driving. Notably, that is almost identical to what we achieved with the Mazda3 Turbo hatchback one week earlier, with the Volvo footprint significantly larger.

Within the V90 Cross Country’s 116-inch wheelbase and 195 inches of overall length you’ll enjoy 26 cubic feet of cargo room behind the rear seat, and that’s made significantly more spacious – as you’d hope – when folding the rear seat. On the tail end of a move from an apartment to townhome the Volvo did what wagons are supposed to do – carry our stuff. And it did its job both efficiently and enjoyably.

The bottom line with the V90 Cross Country and its competitive segment: You will have a platform you can enjoy driving, which you’ll not often say about most crossovers and SUVs. And when you need to carry cargo you have a folding rear seat and a long roof. And a six second 0-60. As with previous Volvo wagons, you’ll find it an eminently intelligent way to spend – in this case – about $60K.