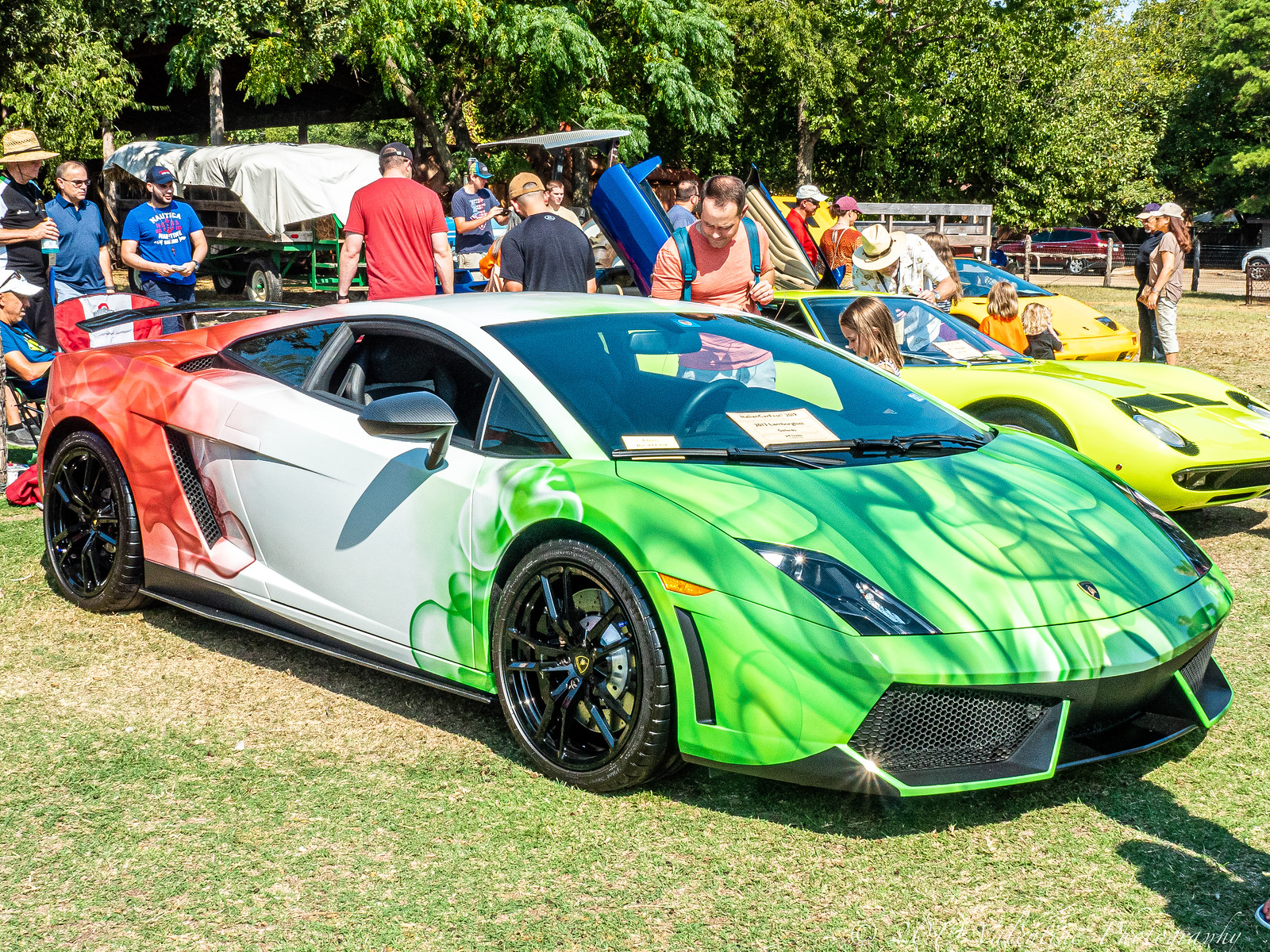 all photos by Paul Valentine

It’s been some 35 years since a small group of Italian car enthusiasts, led by Dallasite Bill Preston, produced a celebration of Italian cars – Automobili Italiane – on the Willow Bend Polo Field in Plano. As the manager of Classic Ferrari I enthusiastically joined that discussion, and remained in that same conversation long after I was no longer connected to Classic Ferrari. Then – as now – it was very much a collaborative effort; notably, it gave Fiat and Alfa owners a seat at the same table as Ferrari and Maserati enthusiasts. More recently that table has moved to Nash Farm in Grapevine, where the Italian Car Club of North Texas and the Grapevine Convention and Visitors Bureau host the Italian CarFest this Saturday, September 10th, beginning at 10 a.m. and closing at 3:30.

If you’ll allow a detour, it would have been around 1966 that Ferrari and its Italian stablemates appeared on my personal radar. It was then I first started reading Road & Track, and the year in which John Frankenheimer’s Grand Prix appeared in Cinerama theaters. In both R&T and Grand Prix Ferraris were front and center; the magazine regularly supplied both reviews of the Ferrari lineup and detailed coverage of Ferrari’s Formula One and sports car appearances, while Frankenheimer’s film put you behind the wheel. And beyond Ferraris, Alfa Romeo enjoyed a real presence in the sports/GT marketplace, while even Fiat was credibly represented in U.S. showrooms in most parts of the country – something Fiat enthusiasts don’t enjoy now.

Fast-forward almost six decades and Ferrari showrooms are standing room only, Maserati seems enroute to a viable comeback, Lamborghini is successfully working the crossover crowd with its well-received Urus, and Alfa Romeo intends to work that same crowd – or that same crowd on a budget – with its all-new Tonale. In short, there’s much to celebrate, and the Italian CarFest is designed to do just that.

The original Automobili Italiane remained at Willow Bend for a few years, and later moved to Southfork (yup, that Southfork) before eventually relocating to Grapevine’s Nash Farm. Although offering a smaller, less expansive venue than either Willow Bend or the Ewing’s front yard, the Grapevine locale provides easy access to car enthusiasts in both Dallas and Tarrant counties. And those enthusiasts aren’t limited to North Texas zip codes; if the CarFest hasn’t achieved a national rep, it’s certainly well known as a regional event, in a city well known for its regional reach.

And, notably, it’s well known for its participants. Having retired to Arizona – and taking his 250 GTE with him! – Bill Preston has stayed in touch with both Dallas-area friends and, as publisher of a newsletter devoted to the 250 GTE, remained connected to the Ferrari community. Cindy and Robert Rodgers continue to own and operate an independent shop – Shadetree Enginetrics – devoted to race prep and restorations, while Karen Phillips and Richard Cross still bang the drum for Italian machinery, with an Alfa Romeo Milano, Fiat 500 Abarth and – most recently – a Maserati Ghibli gracing their garage space(s).

While the event went the way of many public gatherings during the pandemic, we think it’ll be good to go as North Texas’ bruising summer gives way to what we hope will be a more comfortable fall. The Italian CarFest serves as a prelude to Grapevine’s GrapeFest, which begins September 15th and runs thru September 18th. If wishing to get your own prelude while at Nash Farm, Grapevine’s Chez Fabien and Main Street Bistro will be onsite. Although attendance and parking are free, the food isn’t. Or do what I’d do, and have a meal at Grapevine’s Mi Dia From Scratch at the show’s 3:30 conclusion. Mi Dia is its own kind of ‘fest’.