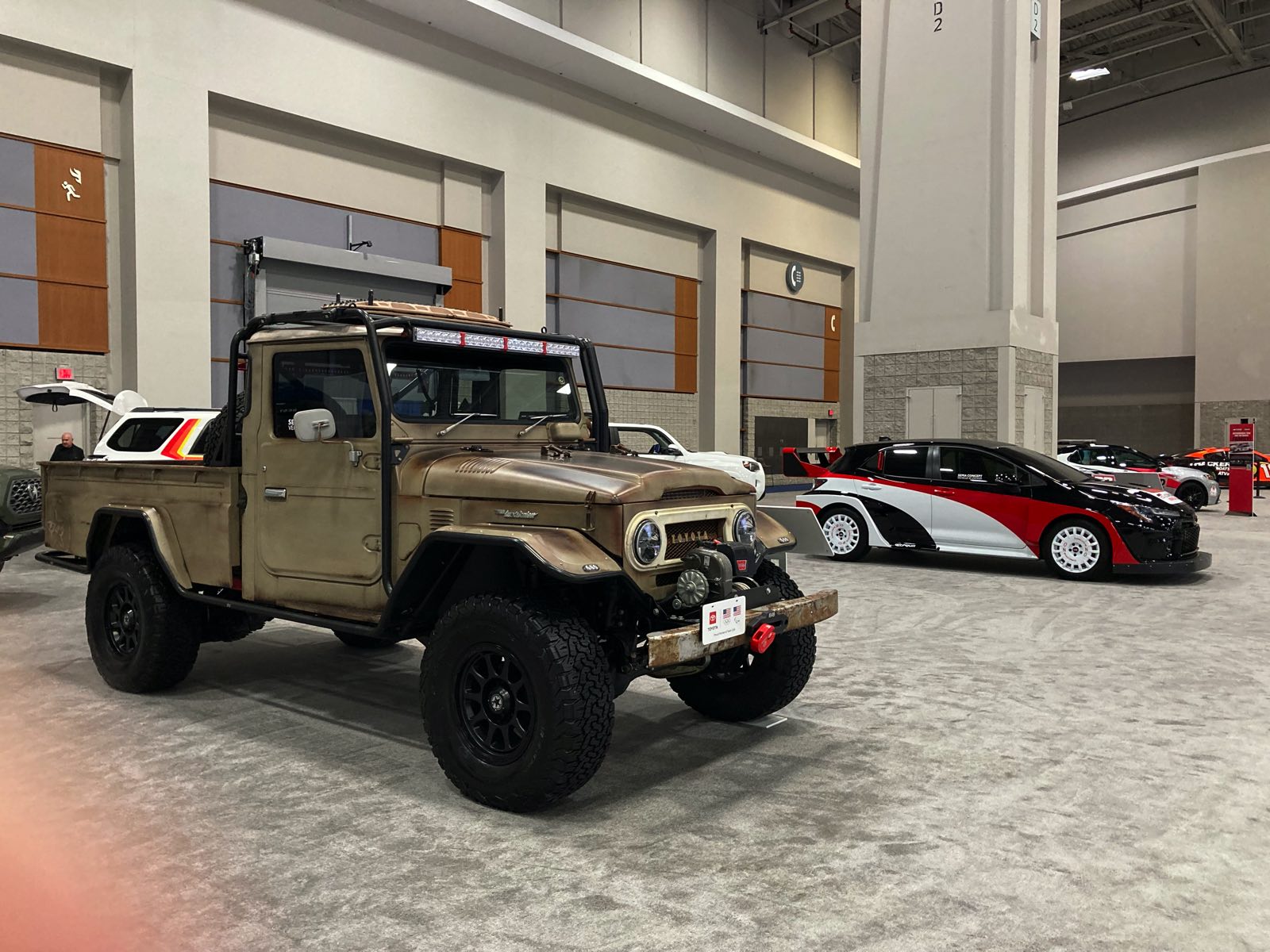 It’s been eight years since first walking into the Washington, DC Auto Show. Prior to 2015 I hadn’t seen the show, but had always assumed it was, you know, an auto show; no ifs, ands or buts about that. However, the organizers of the show, the Washington Area New Automobile Dealers Association, insist it’s more than an auto show – it’s the Public Policy Show. With that positioning the association believes it to be more than an auto show, while I’d argue it’s notably less.

Of course, in our post-Covid environment I’ll give any public offering at least a partial pass; most auto shows were simply canceled during the pandemic, and the revivals are – at best – problematic. But in a metropolitan area boasting one of this country’s most affluent populations (in part because it boasts one of the best educated demographics) while sitting at the very center of both political power and military might, you’d hope those typically supporting an auto show – your know, the automobile manufacturers – would be there. While a few OEMs were, a great many weren’t. And while having a media pass meant I didn’t need to buy a ticket, if I had bought that ticket I’d want my money back.

First, let me focus on the positive. In partnership with the Washington Automotive Press Association (my Cars and Coffee cohort, Kevin Joostema, currently serves as its president), a few of the OEMs participated in an abbreviated media day.

Our first stop was at the Chevrolet display, where its PR representative walked us around the E-Ray Corvette. While most would think 495 horsepower and 470 lb-ft of torque would be what Rolls-Royce execs once described as ‘adequate’, the E-Ray’s drivetrain adds 160 horsepower of hybrid motor, for a combined output of 675 horsepower – which this Miata owner would think is more than adequate. Notably, the E-Ray was on display for the VIP audience attending the show’s VIP preview that evening, and pulled prior to the show opening to consumers the following day. That confirms what we already suspected: No one can predict what constitutes common sense at GM’s HQ.

Other bright spots at Chevy included what looked to be showroom-ready prototypes of the Equinox EV (starting at $30K!) and a Blazer EV priced in the mid-$60s. If experience is any indicator, you won’t find a $30,000 Equinox EV, and if you elect to order one you should anticipate a long wait. But let’s give Chevy credit for trying.

Hyundai provided an overview of its area downstairs, large enough for its displayed vehicles to all benefit from six feet of social distancing. Beyond the buzz surrounding the already-introduced Ioniq 5 was its about-to-be-introduced Ioniq 6. A 4-door sedan boasting an impressive range coupled with drop-dead gorgeous looks, I’d be a player if – of course – I was a member of DC’s affluent demographic. And if you needed an idea of where the market’s mojo is going, you need only look at Hyundai’s midsized Sonata, parked in a corner – and not even near a public restroom.

From Hyundai the ‘assembled media’ (there were about twelve of us, ranging in age from – I’m guessing here – 18 to just this side of 80) grabbed a box lunch, listened to opening remarks from Delaware’s U.S. senator Tom Carper, and saw product announcements from Lamborghini and Bentley. Notably, these announcements were made by area dealers and not the communications teams from Lambo and Bentley, despite both brands being part of the Volkswagen product portfolio, and VW’s U.S. headquarters just 30 minutes from the Washington Convention Center. The box lunch was filling, and Senator Tom Carper main point was incisive: Visit Delaware!

With this being my only chance to tour the 2023 Auto Show, I took the opp to walk off lunch and see what I could see. Downstairs, where the luxury imports have historically been on display, only Acura, Volvo and Lexus elected to show up. That leaves Audi, BMW, Jaguar, Maserati and Mercedes MIA. Also missing was Genesis, despite Hyundai renting a surplus of available space and Washington offering the aforementioned affluent demographic. And it probably goes without saying – but I’ll say it anyway: No one from Lucid or Rivian or Tesla wrote a check or booked the airfare, despite DC serving as the nation’s capital, and with so much of its legislation impacting the EV business model.

If the media preview had a high point, it was the energy provided by Toyota’s PR team and product specialists at the how-big-is-this? Toyota display. Pride of place was taken by the all-new Prius, looking even better than the preview pics had suggested. With a base price of $27K and an EPA Combined estimate of 57, this would be an easy choice if looking to reduce your carbon footprint while waiting for a more expansive charging footprint.

The Toyota booth also featured the all-new Sequoia, still-seductive Supra, a built-for-SEMA Land Cruiser and the Gazoo Racing GR Corolla, which I’d still like to take for a spin or, you know, GO RACING. But with its abbreviated time in the DC press fleet, I’m told I need to buy one…and that ain’t gonna’ happen.

From there we went to Nissan for a product presentation scheduled for 3:30. At 3:35 no product specialist had shown up, but not to worry – his or her absence gave me a chance to beat the rush hour traffic. Walking out I asked for a refund, only to remember that I hadn’t bought a ticket. And neither, it you’re an enthusiast or in-market consumer, should you…

THE RANCH RELIC – A SEMA Build by Mike Satterfield
The 2023 Houston Auto and Boat Show – WE PLUG YOU IN!
Event Calendar