Driving on icy highways is no fun anywhere, but in Central Texas it becomes downright dangerous. A large percentage of Texans drive trucks, rear-wheel-drive with no traction. Couple that with the fact that we never seem to be prepared for ice or snow and it really gets dangerous. Heading home from visiting family for Christmas Eve, we hit the worst part of a bad snow day. A two hour long journey would be turned into a five hour marathon as we crept along the icy highways. We hit an enormous amount of traffic and hardship along the roads. Trucks would spin their tires desperately trying to climb hills; 18-wheelers would jackknife or would be unable to gain traction; Mustangs and 350Zs littered the ditches and medians; and mangled vehicles crept down the highway trying to get home. All I could think of, after the safety of my family of course, was not hurting this new press vehicle loaned to me by Ford. Surprisingly though, this 2010 Mercury Milan handled the snow and ice with ease, never did I think I would be happy that I was driving a front-wheel-drive car. 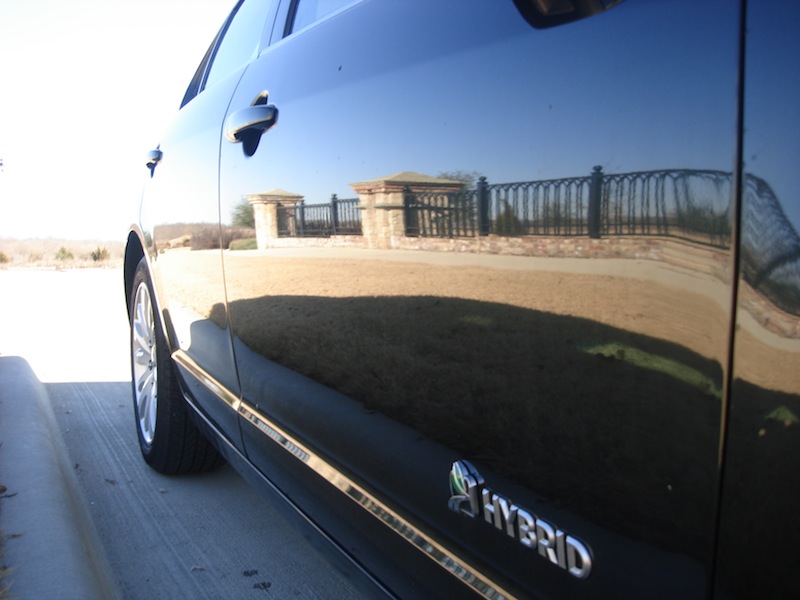 There have been quite a few rumors floating around for years now that “next year” is the year that Ford will dump its Mercury brand. Although the entry level luxury Marquee has been around since 1939, the brand hasn't been a sales contender in any class for as far back as I can recall. The 2010 line-up consists of only three vehicles, the Milan, Mariner, and Mountaineer – you can also still buy a Grand Marquis, but only by special order now. So seemingly the skeptics are right. Ford isn't investing much into Mercury and has been starving it for years.

I personally, after seeing and driving this new 2010 Milan, hope the rumors are not true. Although the Milan is still nothing more than a Ford Fusion with elegant sheet metal, at least it’s a big step in the right direction from previous generations. With the new looks and standard equipment on this car, it really does have enough to distinguish itself apart from the Fusion. For the money, I believe that the Milan is a much nicer and better looking than almost any other car in its class right now. I say “right now” because the upcoming Hyundai Sonata will be a fabulous car, not to mention the new Buick Regal that is going to hit the auto shows soon. With Ford absolving itself of Volvo, Jaguar, Land Rover, and Aston Martin, you would think that in the coming years Ford would be able to put more R&D into the Mercury brand giving them a new life-line.

So why is this Milan so important and so much better than its predecessor? Well just look at it! Mercury was really allowed to break from the Fusion body design and produce something drastically different in looks to the Fusion. Starting with the trademark “waterfall” grille the Milan has a curvy and lustful appeal to the front end. The headlights are more squished and stretched to curve up into the hood with the flowing body lines. The rear of the vehicle is more of the same with a more rounded rear end and tear drop tail lights with a beautiful new lighting design.

The interior of the car, although not distinguished much at all from the Fusion, is still one of my favorite interiors to be in for a car in this class. By far one of my favorite things about the interior is what’s not there as much as what is, namely fake wood grain. Why car makers connect wood grain interior with luxury is beyond me, but Mercury opted for a darker grainy material that looks better and really gives the car an upscale feel. The second best thing about the interior is the seats. The two-tone leather with exposed stitching looks wonderful and the bolstering and eight-way power adjustable seats make it incredibly comfortable, even on a five hour drive. You also get creature comforts like heated seats, dual climate control, ambient lighting, and steering wheel mounted controls. The next best thing about this Milan’s interior is Ford’s SYNC system. It’s a system you have to play with to understand how great and easy it is, although do it before you take off otherwise you will crash your new car. The menus are easy to read and understand, you get lots of information at your fingertips. You also have a great voice interactive system that allows you to hook up a phone or a USB device (i.e. iPod). It didn’t take long before I had my iPhone hooked up and playing my playlists, and when a call came in I could simply answer it via Bluetooth with a touch of a button on my steering wheel. The SYNC system has been hailed as one of the best infotainment systems, even over Mercedes and BMW, and is now being copied by many manufacturers. The only real gripes I would have with the interior firstly would be the extra storage compartment on the top of the dash. It makes good use of the space, but is the only part of the car made of cheap plastic and didn’t look like it fit well. Secondly, my daughter’s car seat had a hard time fitting well in the back seat; it just wasn’t wide enough from seatbelt to seatbelt buckle. Lastly, would be a radio mute button. It is always nicer to be able to hit one button to mute the audio and hit it again to bring it back to the volume you had it, instead of turning a dial or holding the volume button down on the steering wheel. That’s it, my three complaints of the car and they are nitpicks.

I know what you’re saying, yes it looks good and yes it has a nice interior but how does it drive? This is an enthusiast site after all. Well for a simi-luxuries, hybrid, sedan it’s not that bad. The driving dynamics match directly with the Ford Fusion, as it shares the chassis and steering, and we really liked the Fusion. There is not a lot of body roll, although it does exist, and the steering is tight and gives good feedback. This isn’t a car you’re going to buy to take to the track or even drive enthusiastically, but it’s not the boring slush-mobiles of the past.

My test car had the hybrid system in it, with a 2.5 liter four cylinder motor and an electric motor under the hood. The battery pack is stuck back in the trunk taking away some of your space but I still found the room plentiful. You can also get this car with the standard 2.5 liter Duratec four cylinder engine pushing 175 hp and 172 lb.-ft. of torque, or the 3.0 liter Duratec V6 engine with 240 hp and 223 lb.-ft. of torque. No matter what engine you get, Ford says that the Milan and the Fusion are “America’s most fuel-efficient midsize sedan” thanks to the Duratec technology. Of course we got the most fuel-efficient option with the hybrid system that Ford says will do 41 MPG in the city and 38 MPG on the highway, they say you can get 700 miles per tank, and that you can run the car in electric mode up to 47 mph. Let’s start with the mileage statistic because most MPG ratings on cars seem to be inflated. When I first got the car I reset the miles per gallon recorded in the information display, then drove the car like I would any normal day. My normal day of driving consist of two minutes of country road to the highway, then thirty-five minutes of highway driving to my exit, then about 2 more minutes of city roads to my office. So let’s just call that highway driving. My average, normal driving, on the highway was just at 38 MPG, astonishingly right at the advertised number. My next task was to reset the MPG again and take some time to drive some city streets. After a day roaming around Dallas wasting gas, I came away with 42 MPG. Thats 1 MPG higher than the advertised figure! What a great system this is! So I set out another task, two birds with one stone kind of task, where I would drive the car hard and see what kind of fuel economy I would get. This is a two bird with one stone approach because I was determined to prove to other drivers that hybrid drivers don’t have to be slow, pain in the neck, hyper mileage drivers. So after a few days of thinking not about fuel economy and jamming the right pedal to the floor, I came out with an average of 34 MPG. Most cars couldn’t get that if they tried their hardest. I was actually impressed. Of course all this great gas mileage comes at a price, almost $4,000. It is a hefty price for a great new technology, and living in a state where most commuters are like me – having a mostly highway driven round trip – won’t really get the benefit of the gas savings. We also have new technologies coming out with diesel engines and even Ford’s own EcoBoost engines that deliver great gas mileage without stripping an extra four grand from your pocket book. It would be more of a determination of your commute and where you live on if it would be worth it for you, although 34 MPG average is nothing to sneeze at. 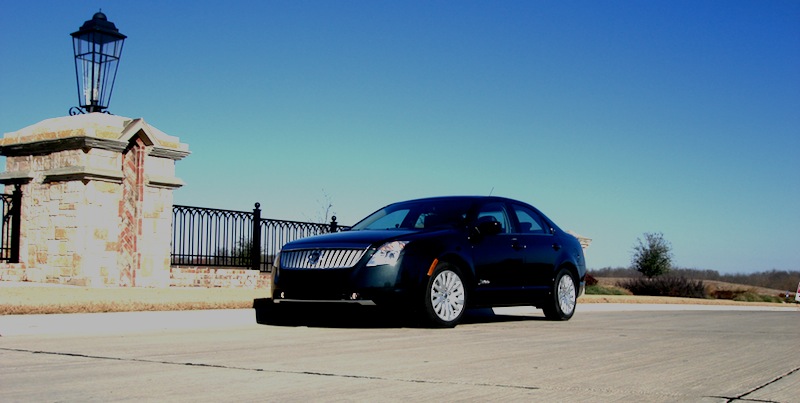 All in all, I was pretty happy and impressed with the new Milan. It has a great new body that sets it apart from the Fusion. It has a fantastic interior, and it has fuel-efficient new powertrains. Ford still has a long way to go though to bring the Mercury brand up to a level above everyday Ford vehicles. They need to continue to differentiate their models with nice bodywork and upgraded interiors. They need to focus on competing with brands like Buick, Acura, and even Infinity, not with Honda, Toyota and Chevrolet. More exciting refreshes like the Milan will allow Mercury to compete with these brands if only Ford will give them the opportunity. Otherwise the rumors we all have heard may bring Mercury to the same fate as many other, now non-existent brands.