This is the iconic American supercar that beat out Ferrari at Le Mans in the 60’s and reinvented itself for sale in 2005. The original GT40 was a purpose built race car that didn’t make much sense as an everyday car. Being only 40 inches tall, it was difficult for most to even fit in the race car. When Ford decided to reinvent the iconic car, they set out to make it a great road car over a race car. They succeeded, and put out a car that was so good even auto icons like Jeremy Clarkson bought into the action. Powered by a 5.4 liter Modular V8 that is all-aluminum with a Lysholm twin screw supercharger bolted to the top, the GT pushed 690 horsepower and 610 lbs-ft of torque. The GT’s engine was matched up with a Ricardo six-speed manual transmission and featured a limited-slip differential.

The Ford GT has proved itself on the road, but has yet to prove itself on the track which is understandable considering this car wasn’t meant to be a race car. it is, however, a fantastic American Supercar. 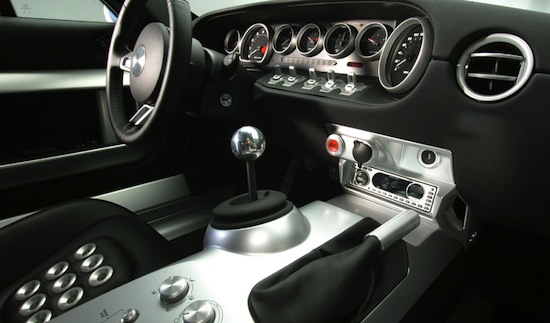