It’s not very often that an automotive company is able to break a stigma of selling cheap, semi-unreliable cars to selling luxury sought after flagships. However, this is the direction that Hyundai is headed. Even their low end cars, like the Elantra and Sonata, are making waves in the industry. The Genesis and Genesis Coupe have exploded onto the scene outselling even Hyundai’s expectations. Now, they are bringing a car that has been around in the Asian market since 1999; one that is pitted against the Germans and the flagships of the American auto companies.

The Equus was introduced to America at the 2010 North American International Auto Show.  Hyundai debated bringing the flagship to America, but after the response they had, they decided to make it happen.

We had our first run-in with the Equus at the Dallas Auto show last year, where it was locked up tighter than a bank vault on Labor Day. Then during the State Fair of Texas, they had an Equus open to the public. This was the first time we were able to sit and and investigate the interior. Last week, we had the opportunity to give it the txGarage treatment. We tested out that touted V8 under the hood by roaring up and down some country roads. Put ourselves in the driver’s seat as well as a place we don’t usually find ourselves while reviewing a car:the back seats.

Let’s start with the size of this car. From the outside, it doesn’t seem overly big. That is until you park it next to a Sonata. In actual length, it’s just smaller than a Mercedes-Benz S-Class, and a little bigger than a Lexus LS 460. It’s wide too, as wide as a BMW 7 Series.  The stretched version, or “Limo” version, of the Equus won’t make it to our shore, but it gives the car an even longer wheelbase allowing the Equus to compete with the likes of the longer wheel base 7 Series and S-Class.

As big as it is on the outside, it feels enormous on the inside.  Hyundai points out that the Equus has nearly 4 inches more legroom in the front and very competitive cabin space. I have no doubt as I’m 6’1” and my trusty side-kick, Toby, is 6’2” and we had absolutely no complaints of space or comfort. The leather is as plush and soft as any other luxury car we’ve tested, and there is lots of it. The iDrive-like knob sitting by the armrest controls the infotainment system and the 8” screen sitting in the middle of the dash. That is unless the rider in the back seat decides to change it. This car is catered to the back seat with full audio controls, controls to adjust the front seat, reclining rear seat, heated and massaging seat, and this list goes on and on. This is the place to be in the Equus.

The ride in the Equus is smooth and premium as well. On most cars we test, we are looking for crisp and hard suspension with very direct steering feel. If you are looking for these same driving characteristics in the Equus, you’ll be at a loss. That’s not really how this car was made to drive. You don’t get BMW crispness to the car, but it does feel Mercedes-esque feel – non AMG. This is helped by Hyundai’s air suspension that is adjustable by the push of a button, the sport button. Push this button and Hyundai says that the suspension firms up, throttle response is upped, and the steering is heavier. In our stint with the Equus, we couldn’t tell any difference with the sport button on.

Hyundai is thinking outside the box with their new premium car. One way they are doing this is eliminating a paper version of the owner’s manual. Others companies have talked about it before, but as of now, the Equus is the only car you can buy today that comes with an iPad owners manual. We are talking about fully functional iPad, no one, not even Mercedes is doing this. You also never have to enter a Hyundai dealership. Order the color you want and they will ship it to you. Need service? Call up the service department on your iPad and they’ll swing by and drop off a Genesis sedan or another Equus loaner, perform the needed service, and bring your car back. This isn’t revolutionary thinking in the auto industry, but for Hyundai it’s a step up. They are even talking about including this to the purchase of a Genesis in the future.

Who is this car for?

It is Hyundai’s hope that this car will appeal to the younger, more tech savvy customers willing to spend $65k to $70k on a luxurious, big, and executive sedan. I agree with that for the most part. You are not going to convert a lifetime S-Class or 7 Series driver into a Hyundai owner. And although Motor Trend tested the Equus against the 2011 Bentley Mulsanne, I don’t see much conversion there. For the younger professionals looking to buy their first executive sedan though, this car should be on their list for sure. For the price, Hyundai should be making waves in this class.

Brought to you by: 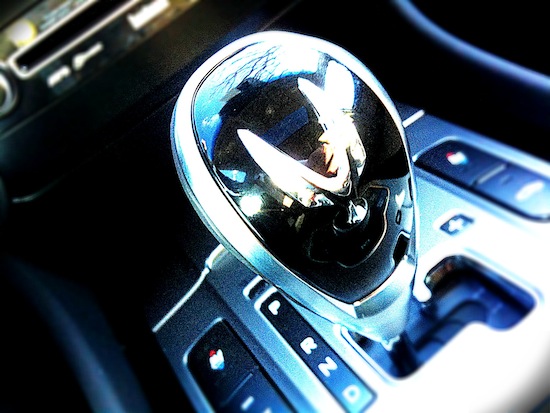 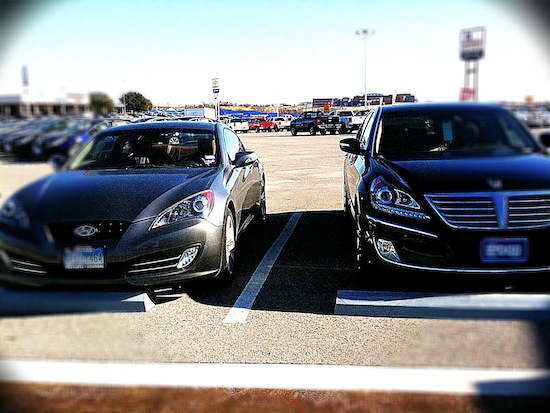