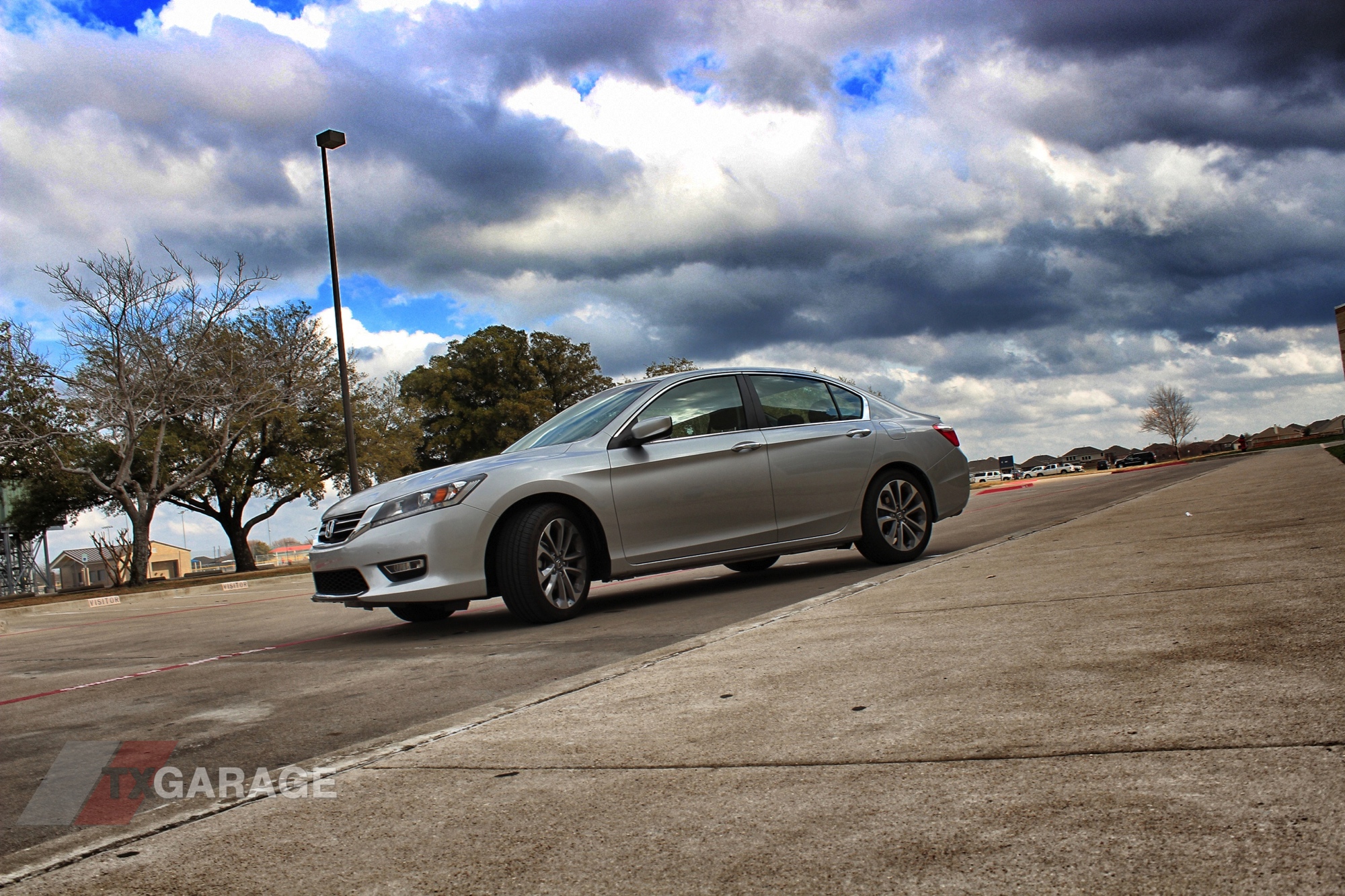 Lately Honda seems to be one of those companies that’s hit and miss when it comes to renewing and trying to revitalize vehicles. For example, the Civic has been through a few different face-lifts in the past few years as they can’t seem to catch the enthusiasm in the market they once dominated. We reviewed the 2012 Civic Eco and were thoroughly unimpressed in almost every aspect. When we sat down and drove the 2012 Civic Si, we were thoroughly impressed as it’s quite a good car. This past week, we’ve been driving the 2013 Honda Accord Sport. This is the ninth-generation Accord and we’re hoping it’s much more of a hit than it is a miss. Of course, the Sport in the name seems promising.

Looking around the exterior of this new car, I have to say it’s pretty good looking. They haven’t gone crazy and it’s still an evolution in design as you can instantly tell this is a Honda. This is especially true while looking at the front end. The grille and headlights are not revolutionary, but they give the Accord a grown up look and actually look masculine and sporty. Down the side of this sedan, you’ll notice two sharp lines going from wheel to wheel breaking up the side view. On our tester, you should also notice some nice 18-inch alloy wheels that add to the sporty looks. Around back, you have a more refined look. The taillights actually remind me of those on the Hyundai Genesis Sedan and they really work well here to bring up the elegance. Also adding to the sporty looks is the dual tailpipes poking out of the rear fascia.

Although the overall length of the car has shrunk a bit, the inside has basically the same dimensions. It was spacious and easily fit the family in comfort, even for long rides. I was able to take this car down from Dallas to Houston for our coverage of the Houston Auto Show, and during my 4-hour trip down I-45, the Accord never felt harsh, cramped, or uncomfortable. Luckily, the quality of drive is enhanced by better sound deadening over the previous generation. 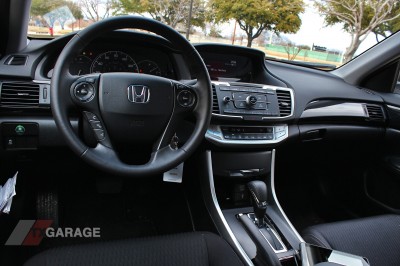 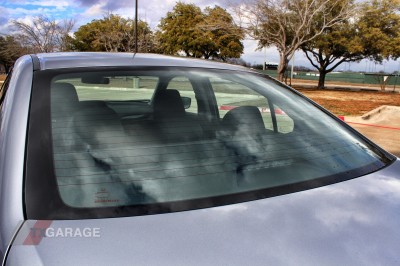 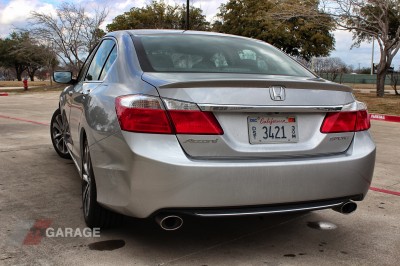 Our tester was equipped with black cloth seats, and that’s the way we’d prefer knowing what we know about Honda and their leather seats. I’ve just never sat in a Honda with leather seats that I was impressed with. The dash has a modern and techy look and feel to it. In the very center is an 8-inch infotainment display, non-touch screen, which handles all your information and entertainment needs. This is controlled by a small knob in the middle of the rest of your buttons on the dash. It’s a decent system, but the small knob is harder to reach and control while in motion than I’d like. The gauges have a 3D-look, they shine bright, are easy to read, and look real good. Our tester was also equipped with paddle shifters mounted to the steering wheel, which was odd as we have a CVT, but we’ll get to that.

Under the hood lies a 189-horsepower 2.4-liter 4-cylinder engine. Not exactly what we were looking for in a car labeled Sport, but we’ll hold judgment for now. This engine is dubbed to have “Earth Dreams Technology” and is the first Honda to have direct injection. While some manufactures have engines named SkyActiv, BlueTec, and EcoBoost, Honda has gone with Earth Dreams Technology.

Like we mentioned before, the transmission hooked up to this 4-cylinder engine is a CVT, or continuously variable transmission. This means you have no gears, but one continuously moving belt that simulates gears. This is good for fuel economy as power delivery is smooth. It’s also more cost effective and can be manufactured in a smaller overall package than a traditional gearbox. The smoothness also can give a vehicle a more upscale feel as you don’t get jerky gear changes.

The downside to the CVT, especially in car trying to be sporty, is the sluggish and slow responding shifts. It also lacks immediacy of power delivery. For everyday driving, this isn’t that noticeable and the car actually behaves quite well, but when you’re trying to drive enthusiastically carving up traffic or a backcountry road, it just becomes annoying. You may be tempted to do some enthusiastic driving too as the Accord has confident handling and a firm sporty ride. It also has electric steering, but its feel is consistent and never numb. 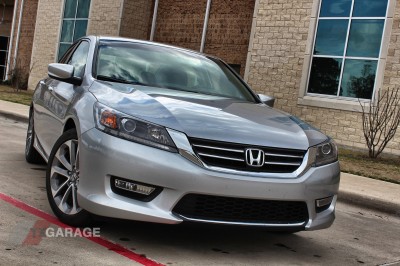 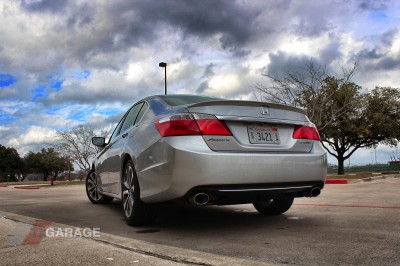 If you’re putting your money on one of these cars with a 4-cylinder engine, you can have a 6-speed manual and I’m betting that that would greatly enhance the overall sportiness of the car. If you’re really going for sporty though, you might look at upgrading to the 3.5-liter V6 which pushes 278-hp.

The list of competitors in this segment could stretch as long as our drive down I-45 and the Accord has consistently been toward the top of the list. Now-a-days, it’s facing some much stiffer competition from both domestics, like the new Ford Fusion, and Koreans like the Kia Optima and Hyundai Sonata. Our tester had an MSRP of $24,980 and although our car wasn’t equipped with navigation, that’s actually a pretty good price and the base car can be had for just over $21k. Of course, this car has been around since 1976 in one form or another so that says something about its quality and viability in the market.

After driving the Accord for a full week, including a long road-trip, I’m happy to report that I’m very pleased with it overall. I’m not a big fan of the CVT transmission, but I think that for every day driving it won’t bother most people. I’d definitely recommend this car to anyone looking in this segment, but be sure to also test-drive the new Fusion, Altima, Sonata, Malibu, or Optima if you’re looking for competitors priced similarly but with small differences which makes each their own. 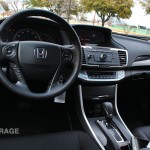 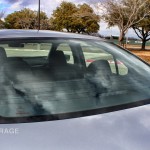 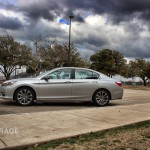 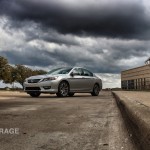 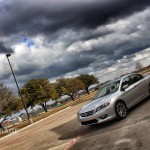 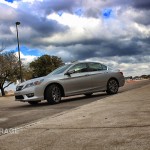 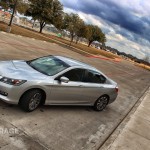 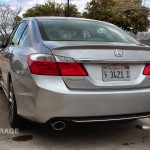 2013 Honda Accord Sport Sedan – This hot looking rear end gives the Accord a sporty and up scale look. 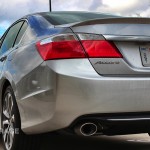 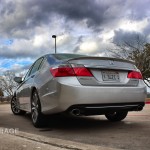 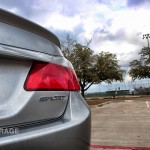 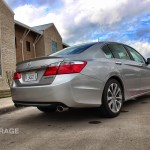 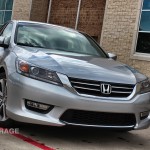 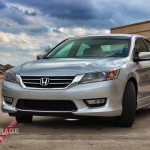 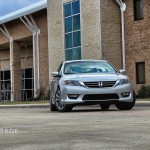 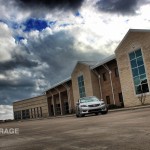 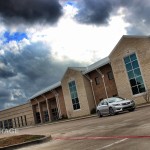 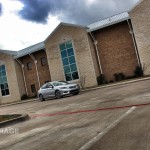 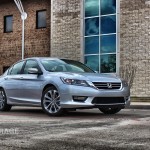 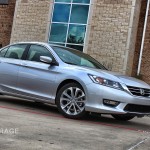