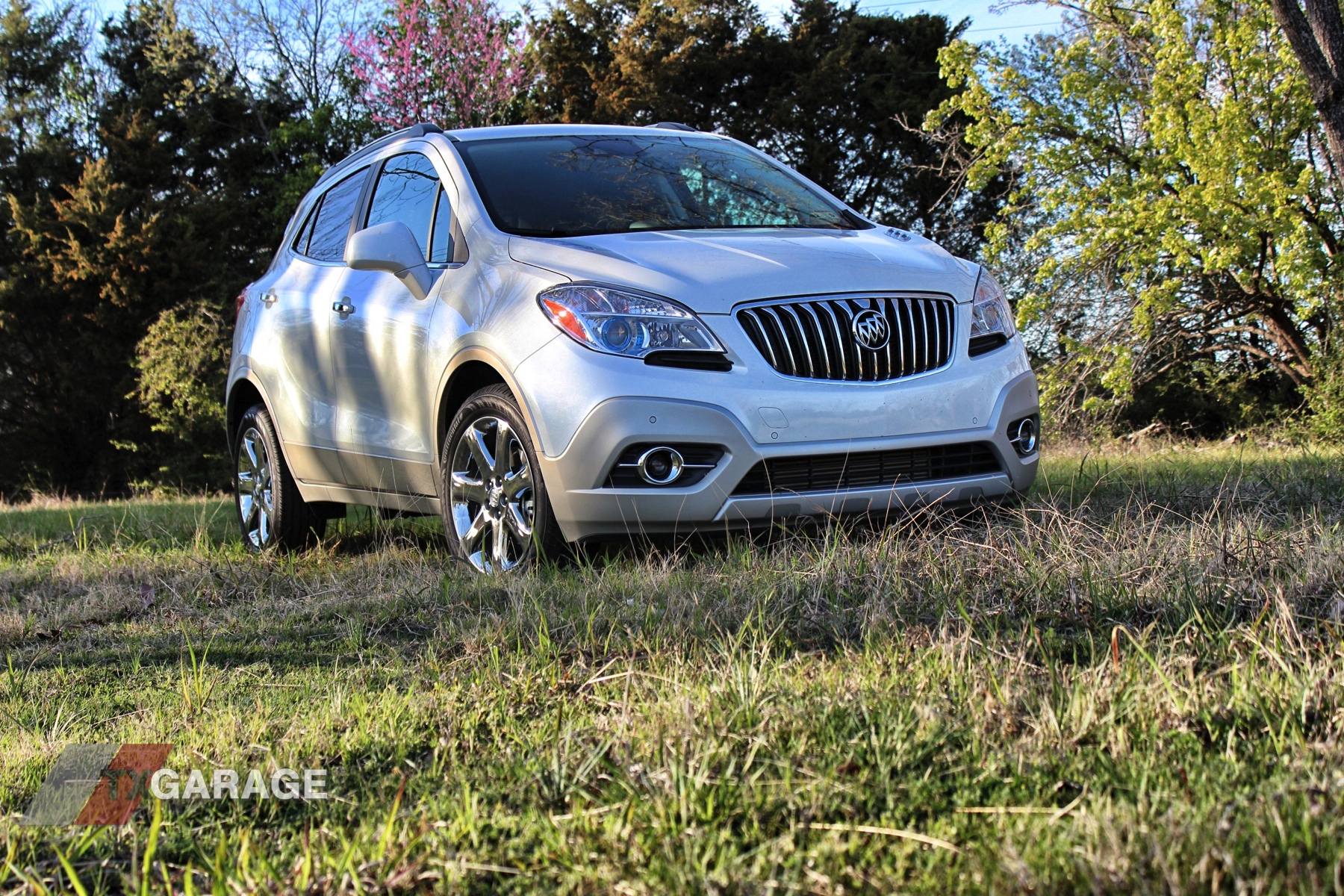 The Encore is not just a new vehicle for Buick, but it’s really a new and emerging segment in the U.S. market. Buick needed a new crossover to fill a gap in their lineup slotting under the Enclave. Instead of going with the traditionally sized crossover though, they decided to introduce a compact crossover, and a luxury one at that. To put it in perspective, this is just a little bigger than a Nissan Juke and the Mini Countryman and smaller than a Chevrolet Equinox. Obviously, the traditional wisdom is bigger is better, so how will this non-traditional compact crossover fair?

Inside this compact vehicle Buick did a great job of not showing its size. It feels roomy inside the cabin and you don’t really feel its size while behind the wheel. Even a small car can be packed with safety and that is the case with this Encore as the it’s packed with ten standard airbags, including side curtain and knee airbags. A new technology featured inside this vehicle is called QuietTuning utilizing Bose active noise cancellation technology. This is no gimmick either as the ride of the Encore is noticeably quiet. Other standard features inside include a backup camera, ice-blue interior ambient lighting, a seven-inch touchscreen display with Buick IntelliLink, and heated side mirrors.

It’s not just the technology either, but also the quality. The interior quality is in line with that of the Buick Regal, which is pretty good. Our model was stuffed with leather seats, a leather-wrapped steering wheel, and some nice brushed aluminum for an accent.

Exterior::
Outside, you’ll notice some key Buick features including the signature waterfall grille and fake hood portholes. It’s a compact but upscale take on the overall Buick design direction and I think it works really well in this case. The blue-accent projector headlamps look great in the front and the LED tail-lights round off the exterior treatment. Although the interior makes you forget how small this crossover is, looking from the outside makes it very apparent.

Engine::
The name of the game under the hood is efficiency. This crossover shares a platform with the likes of the Chevrolet Sonic, so it’s only natural that it shares its powertrain as well. Under the hood is the Ecotec 1.4-liter turbocharged 4-cylinder engine that we liked so much in the Sonic RS. Matched up to a six-speed automatic transmission, this engine puts out 138-horsepower and 148-lb.-ft. of torque. While this may be a fuel-efficient option with an EPA rating of 28-mpg combined (25-city/33-highway), it’s not a very powerful option. One of my only gripes with driving the Encore is that it’s sorely underpowered. It doesn’t need to be a hot-rod, but when you’re in a smaller vehicle, you want that power to get you around traffic.

The Drive::
The overall driving experience of the Encore is quite good. It doesn’t feel like a jacked up Sonic with a Buick badge. It really feels like a refined and well thought out vehicle that deserves to be in the same family as the Regal and the La Crosse. Other than being underpowered, it handles the road quite well and is comfortable and predictable. Even with the higher stance, you don’t get an abundance of body roll when you take the corners in an enthusiastic manner.

Competition::
It’s hard to really make a list of vehicles that truly compete with this one at the moment. Buick was smart at being one of the first to market with a compact crossover in a luxury segment. You could look at the Mini Countryman which is more expensive and smaller. The Volkswagen Tiguan is closer in value and comforts but is a bigger overall vehicle. The new BMW X1 is closer in size and market but is a more expensive offering. With the Encore starting at $24,200, it’s at a great price to make some real movement in this new segment. But I guess the question still remains, is it worth it?

The Bottom Line:
So this is a small vehicle; we’ll make no bones about it. If you’re looking for a smaller hatchback, you can find much more in the Chevy Sonic with a much lower cost. If you’re looking for a luxury SUV you’ll probably want something a little bigger and maybe more grown up. This does make for a great urban crossover though. You have some height to help you see over other SUV’s and trucks. You get decent enough fuel economy. You get a short wheelbase that is easy to park and easy to get around tight spots. Most importantly, you get a great looking and nice driving vehicle you’ll be happy driving every day. If you’re looking for all that, then I’d say yes, give the Encore a test drive.