The truth can hurt sometimes but it can also bring around some of the best outcomes. I think Ford is on it. I was never a fan of the 2000 model Ford Trucks this was more of a Chevrolet Decade for me, but I must say 2014 – 2015 has brought some seriously great looking Ford’s in the line-up. The one I am talking about specifically is the 2015 F-350 Lariat King Ranch Edition aka “Best of the Best”.

The appearance has changed just enough on these trucks to make me notice a difference. I haven’t liked the older models because without the proper lift and tire size this truck can seem ‘squatty’. But with the upgraded suspension and a tweak in the body, it seems that they have hit the golden ration for me. And is almost overnight making me want a big Ford Truck – the F-150, F-250 or F-350. They’re all very strong and durable looking. Which when I get in the cab of a truck, I don’t feel that, to me it’s just not a truck. I want to know that the truck I am driving will be there when I call for power and luxury.

Under the hood isn’t a joke either. Typically the bigger the engine, the better you feel about yourself. With this 6.7L Power Stroke Turbo Diesel Engine you feel the power, it’s clear as day when you tap the throttle. Traditionally, when I have been a part of certain discussions about the old 7.1L engine, guys have raved about how that is ‘THE’ engine. And although that might be the case this 6.7L will get you where you need to go, hauling what you need to haul (rated for 19,000 pounds!!!) , all the while doing it comfortably and safely. This 6.7L engine delivers horsepower of 440 at 2800 rpm, with ease. 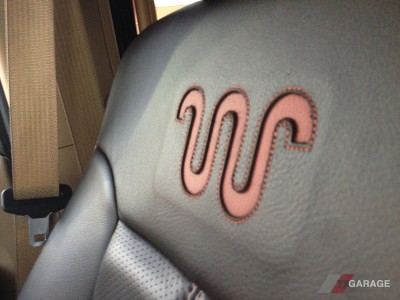 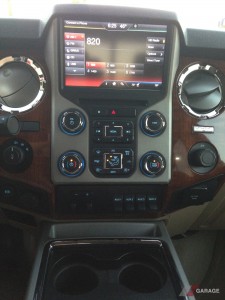 Now let’s talk about this King Ranch Edition, and what that means for interior. Well it basically means Luxury. My exact quote when I first climbed up in the truck was, “Finally, Ford with this 2015 model has mastered the King Ranch Edition Interior.” The reason I said that was because I have been in some 2006 models (around there) that have been King Ranch Edition and the interior was nice and rustic looking but as far as comfortability, it wasn’t a truck I was willing to spend hours on end in. I have been down on the King Ranch for some hunting; it’s a well known ranch around Texas for sure, and I think this interior fits the bill for one of the nicest truck interiors I have been in. I could see myself hauling it down to the deer lease and back, and not feel like my body took a beating when I return. That’s just part of the interior. With the touch screen dash displaying all your music right at your fingertips in an elegant order, it’s definitely something that could probably get really dirty when rolling around Ranches all over Texas. I worry about how long it would take for something to get so dirty that it starts to lose connection with the display. Since it displays your music, backup camera and other things, this might be problematic. But this isn’t just this truck, it’s all electronics and one of my pet peeves, so it’s something I feel I have to notate. I will say the dashes they started putting in, in 2011 and building upon since is starting to look very appealing and functional all at the same time. Which I love. Overall, this interior is so nice. As a graphic designer and front-end developer at times, I look at this interior as one that’s come the furthest, right next to the Toyota Tundras and Tacomas.

This truck is going to come at a price for sure. This model costs right at $65,478. With this comes a bunch of options, that are nice but not necessary for a work truck. But I will say, coming from someone whos been in a lot of 350s all across South Central, and North Texas, this was one hell of a truck! 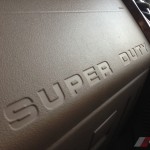 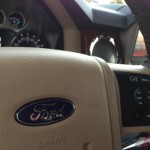 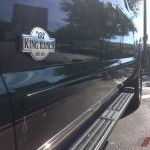 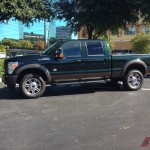