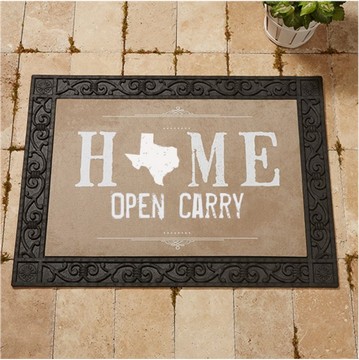 The Welcome Mat Is Out! 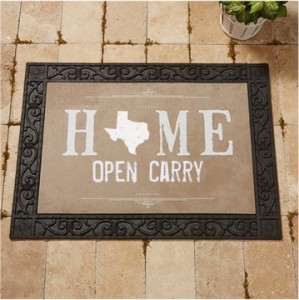 A Texas Welcome With Open Arms!

Since Toyota’s announcement of its pending move from Torrance, CA to Plano, TX, there has been – on the part of many in Toyota’s California offices – the handwringing that accompanies most moves of any consequence. And this move, of course, is a big one. Since first securing its U.S. beachhead almost sixty years ago Toyota Motor Sales has been firmly established in Southern California. More recently, of course, Toyota has extended a broad reach across the entire country, with technical support centered in Michigan, and manufacturing facilities in – among others – Indiana, Mississippi, Tennessee and Texas. And don’t forget – or dismiss – the very real presence Toyota and Lexus retailers have established throughout all fifty states. In short, while Toyota employees are well aware of something of consequence east of Riverside County, they may not want to go there. This is a very small attempt at providing the emotional support necessary to consider such a life changing event – and then, of course, act on it.

Dearest Toyota: We were genuinely surprised and delighted upon hearing that your company would be relocating its corporate headquarters from Torrance (CA) to Texas. Of course, you aren’t the first sizable concern to consider such a move. After all, Texas was first founded by real estate interests wishing to move their businesses west. While the number of companies relocating to the Lone Star State is far too many to list here, know that before you are about to do it Chance Vought, Exxon Mobil, AT&T, American Airlines and J.C. Penney have already done it. And despite the occasional bump in the corporate road, most of these companies – and their employees – appear happy with the decision.

With California’s geographic diversity, as a Torrance-based Toyota employee you’re minutes from the beach and but a couple of hours from the mountains. As you may have heard, in Texas geographic diversity is a tad harder to access. At your new headquarters in Plano’s Legacy West, you’ll be but minutes from the prairie and but a few hours from more prairie. Of course, Austin is just four hours south – and the Winstar Casino is just over the Oklahoma/Texas border. But Austin – despite its youthful personality and laidback demeanor – isn’t Catalina, while the Winstar isn’t Las Vegas’ Wynn. The good news: What you’ll net from your 2,000 square feet of 50-year old ranch in Torrance will get you over 4,000 square feet of brand new casa in North Texas. And its expansive backyard will come with a cement pond every bit as nice as Miss Ellie’s… 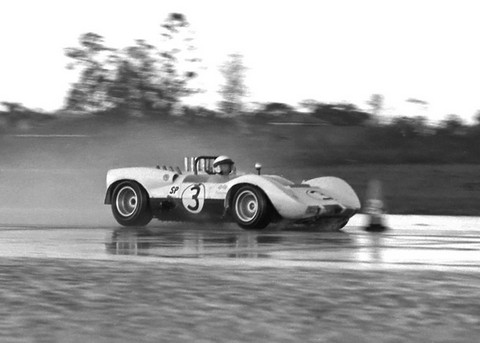 DESPITE ITS MIDLAND LOCATION, JIM HALL’S CHAPARRAL LONG SERVED AS THE EPICENTER OF TEXAS PERFORMANCE

That, of course, takes care of the real estate. Let’s take a moment to discuss recent news…Texas House Bill 910 — otherwise known as “open carry” — will lift a 140-year-old ban in Texas on the open carry of handguns in the state, allowing licensed gun owners to openly carry a holstered handgun in any location that allows the carrying of a concealed gun. The legislation is being signed by Governor Greg Abbott as this is written, and once enacted will take effect January 1, 2016. With your headquarters scheduled to open – and the majority of the personnel moves to commence – in the 2017 calendar year, this gives you plenty of time to evaluate the success of open carry. At one time, of course, Texas allowed you to carry an open beer in your vehicle while driving. Ultimately, that was ruled too dangerous. Now you’ll be able to carry an open gun in your vehicle, which provides an interesting variant of ‘dangerous’.

As Governor Abbott was grabbing a pen in Austin, McKinney police officer Eric Casebolt was grabbing his gun in McKinney. While knowing most of you in California are either in your offices or at the beach, you couldn’t have helped but notice the nationwide coverage of the McKinney policeman’s response to teenagers crashing a pool party in the North Texas ‘burb immediately adjacent to Plano. Since the incident McKinney’s police chief labeled Casebolt’s actions indefensible; Mr. Casebolt subsequently resigned. In evaluating this, know that most Texas boys have at one time imagined tackling a teenage, bikini-clad girl, but never in anger – and certainly not in uniform. Most of us outgrew this notion by, well, fifteen. 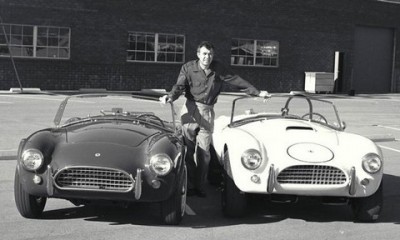 WHILE THE COBRA WAS BORN IN CA, CARROLL SHELBY NEVER TRULY LEFT TEXAS

That Officer Casebolt hadn’t outgrown this immature impulse suggests some form of prolonged adolescence that – hopefully – he’ll be allowed to deal with while retired from law enforcement. And although his almost immediate resignation won’t reduce the amount of thoughtful analysis and discussion, know that North Texas is a collection of communities that – for the most part – are comfortable with their multiethnic mix. But remember, also, that most of Dallas’ suburban growth, including that of Plano, was fueled by school desegregation and the subsequent white flight. Going forward, who’s gonna’ crash a pool party once we have open carry?

So, what’s left? For those of you with an urban-oriented lifestyle, know that the area immediately around your new headquarters will be full of mixed-use development, including luxury condos. And if you enjoy a reverse commute of some forty minutes, you can buy or lease within walking distance of American Airlines Center in downtown Dallas, with the Mavericks and Stars doing a credible imitation of the Lakers and Ducks. Finally, while there’s no substitute for the visual provided by the coastal Pacific, lake levels in and around Dallas are at record highs. Bring yourselves and bring a boat. And, of course, a gun.