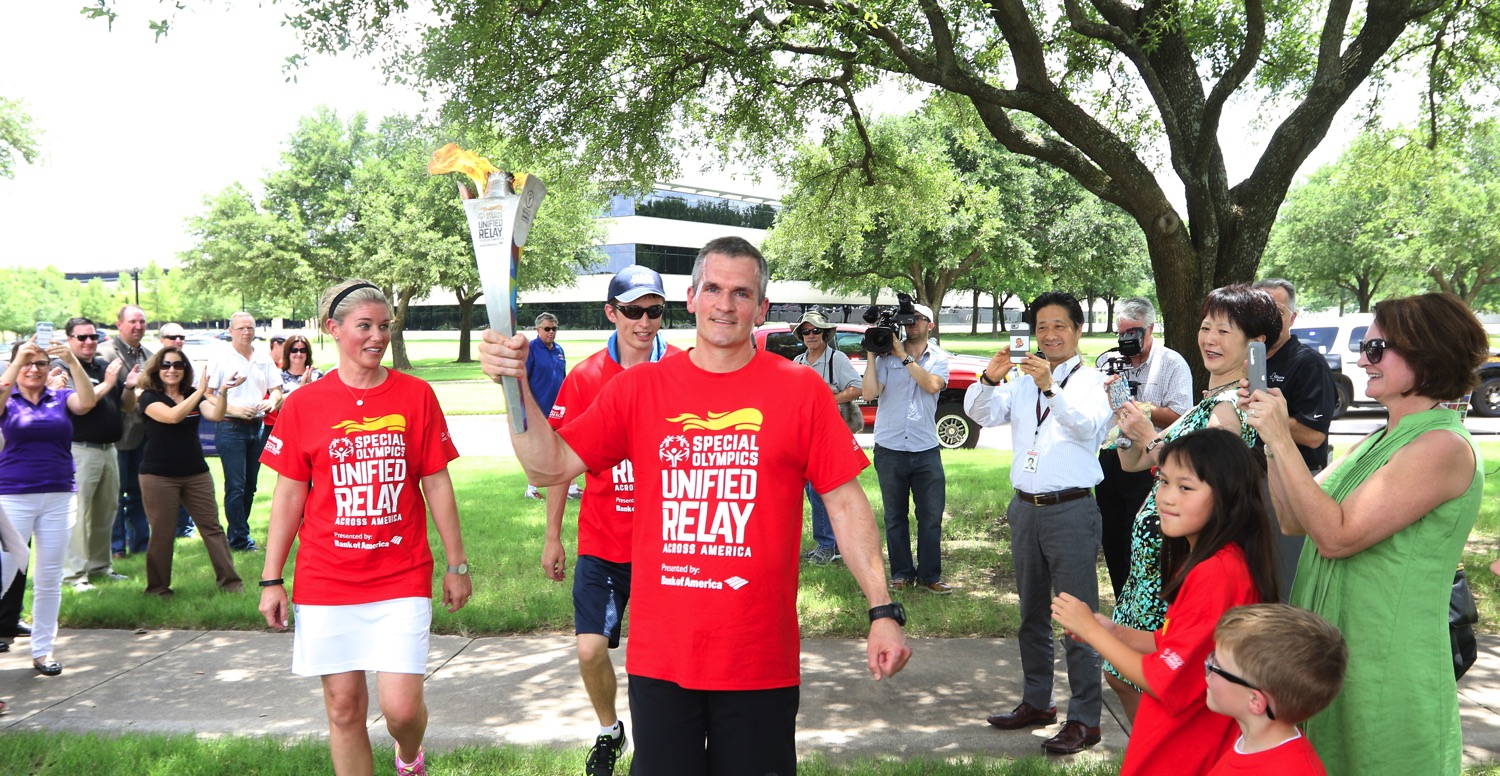 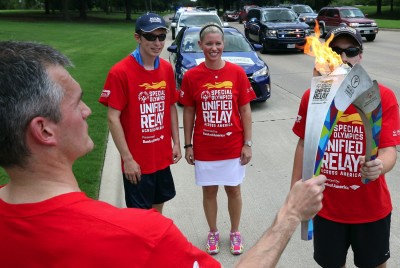 On Its Way to L.A….Toyota Hosts Special Olympics Flame

The ceremony, with remarks by both Toyota CEO Jim Lentz and Plano mayor Harry LaRosiliere, was attended by the athletes and their families, along with most of the first 100 employees who have moved to North Texas. Given that relatively small number, it was possible to include everyone, something Toyota would have been hard pressed to do in Torrance, where Toyota employs several thousand. Notably, the lunch was handled by one food truck.

With Avril Lavigne’s Fly soaring through the ceremony’s temporary sound system, the torch arrived and departed in relative quiet on this suburban corporate campus. Once in Los Angeles, the Flame of Hope will stand at the epicenter of a competition hosting some 7,000 athletes, 30,000 volunteers and roughly 500,000 spectators. The USA contingent will comprise 482 athletes, coaches and official delegates to the games, which begin July 25th. The athletes will compete in 17 sports, including aquatics, track and field, basketball, gymnastics and powerlifting.

In his remarks, Toyota CEO Jim Lentz noted that Toyota’s participation was a “truly gratifying and humbling experience for Toyota.” As it was for those watching with a notebook… 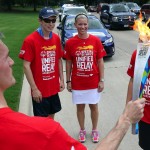 On Its Way to L.A….Toyota Hosts Special Olympics Flame 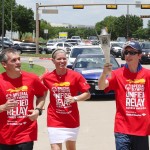 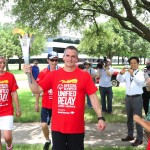 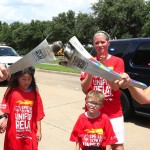 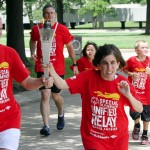 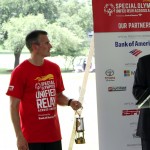 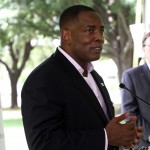 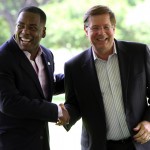 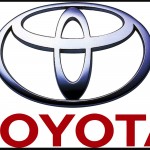 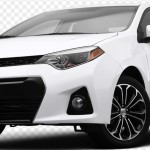 An Open Letter to Toyota Employees:
Epic road trip time: make sure your tires are up to it
Event Calendar