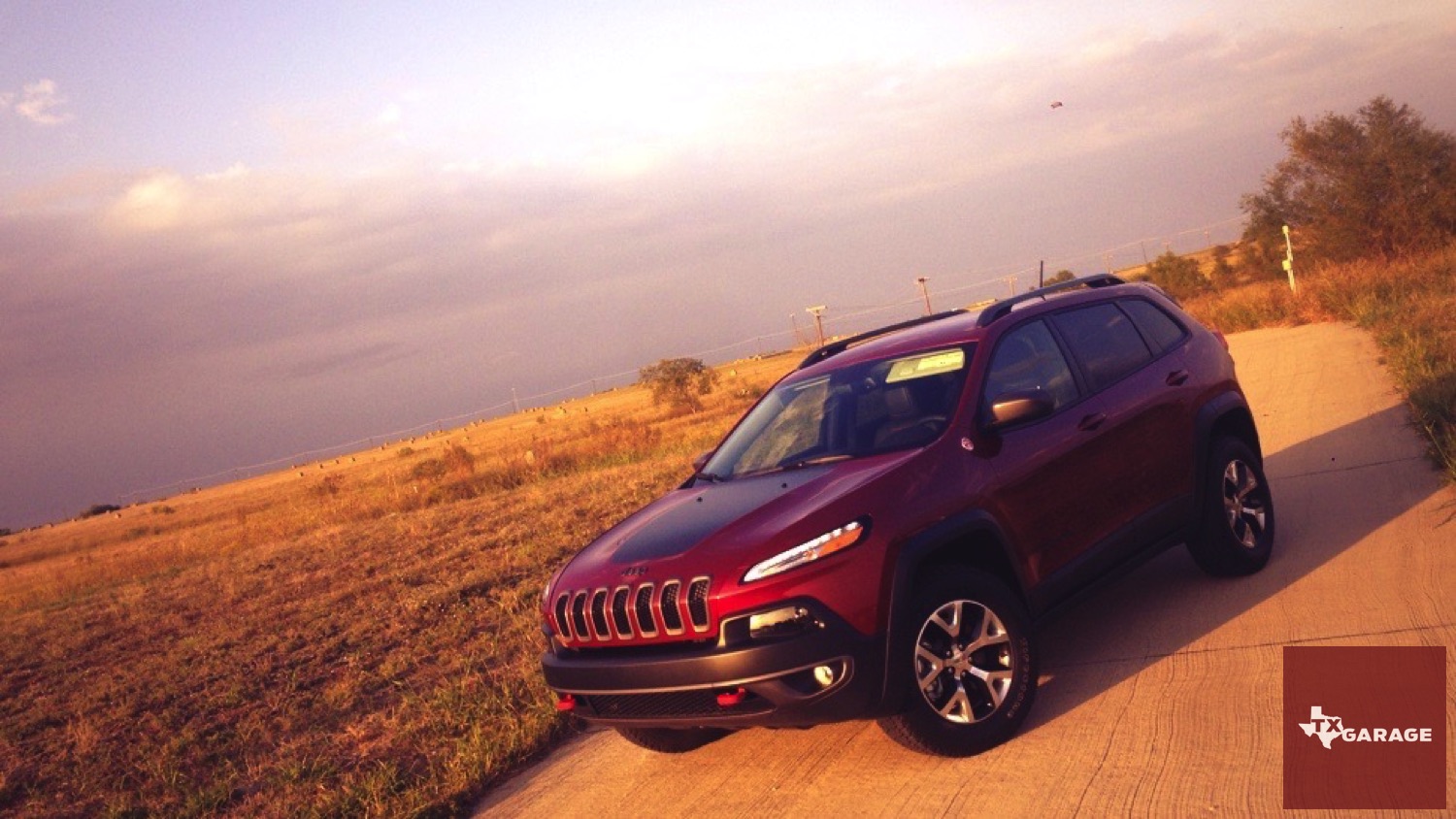 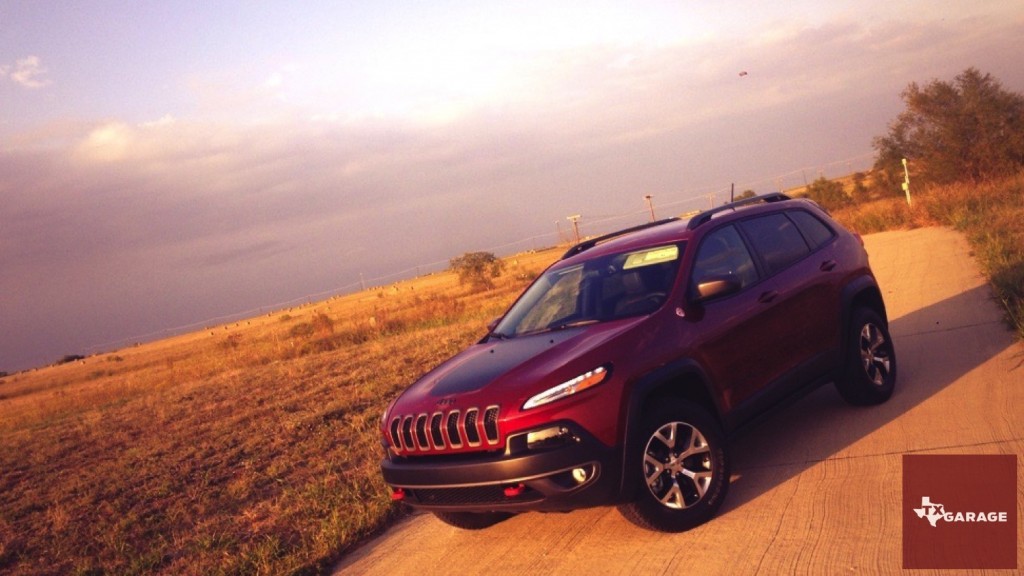 The 2015 Jeep Cherokee Trailhawk by txGarage

At one point in the last century Jeeps were driven by no one beyond farmers, fishermen and iconoclasts. Jeep CJs were so far from the mainstream owners couldn’t even see, feel or hear the stream. With all-terrain capability, a stone axe powertrain and bodywork so minimalist you wouldn’t call it bodywork, the postwar Civilian Jeep was as back-to-basic as Henry’s Model T. And if those early adaptors are still alive, the 2015 Jeep Cherokee will undoubtedly give them pause, both individually and collectively.

To be sure, it wasn’t just traditional Jeep loyalists scratching their heads as Jeep launched the latest Cherokee. With a platform originating in Italy (the same one that underpins Dodge’s newish Dart and – after a fashion – a smallish Alfa Romeo) and sheetmetal (to hear some tell it) that could awaken the dead, this is a Jeep more unconventional than is typical of even ‘Jeep’. And with Toyota’s RAV4, the Honda CR-V and Ford’s Escape as its stated competition, Jeep execs will take the controversial exterior and real off-road capability up against a veritable suburban Romper Room, trying to sell it to Mothers of the Year.

Our first drive of the Cherokee was a revelation, especially when comparing the new Cherokee to its most recent predecessor, Jeep’s Liberty. While the Liberty did nothing to endear you to its dynamic, the new Cherokee actually had a dynamic. It was the upscale Limited, stuffed with the 3.2 liter V6, and went down the road during our brief drive outside of San Antonio as if it had been engineered by BMW’s SUV team. It was extremely refined, especially when compared to what Jeep has been doing previously for compact and midsize CUV prospects: Liberty, Patriot and Compass. 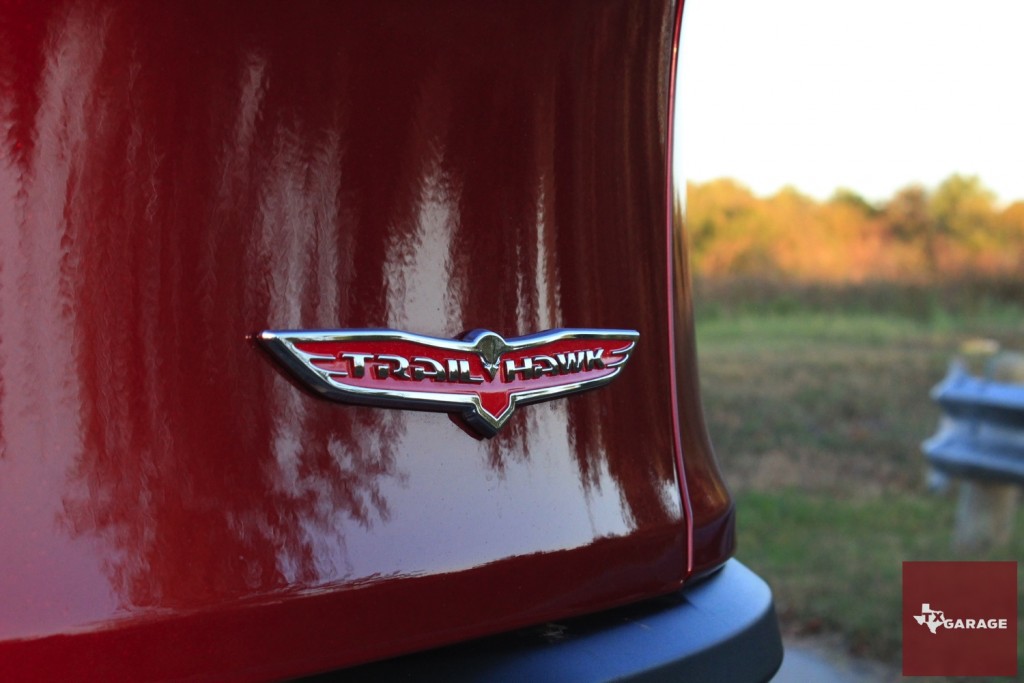 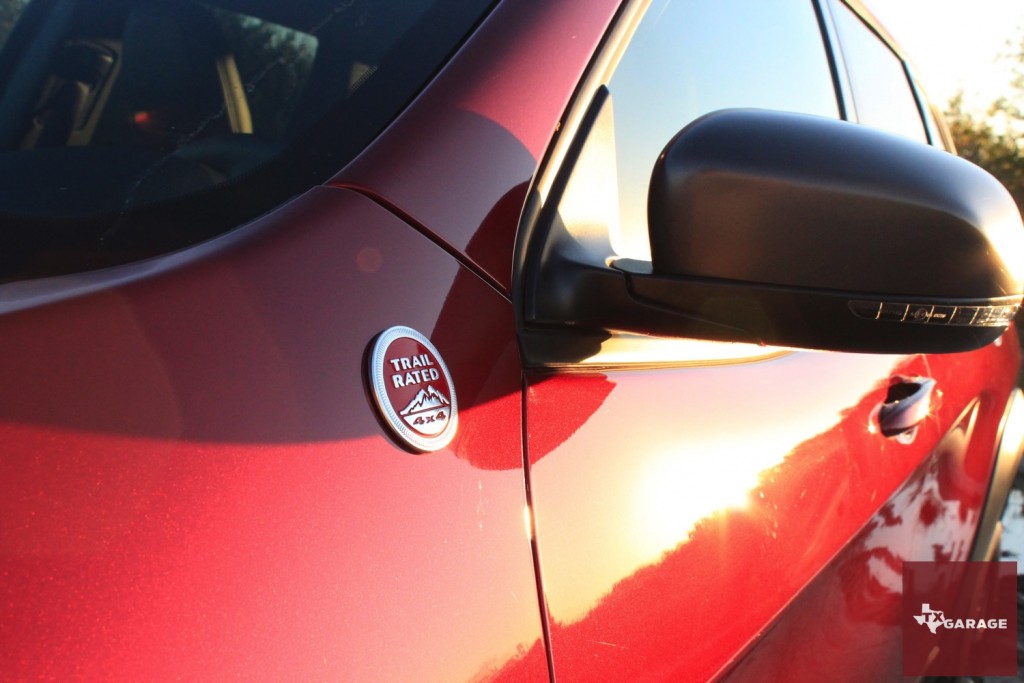 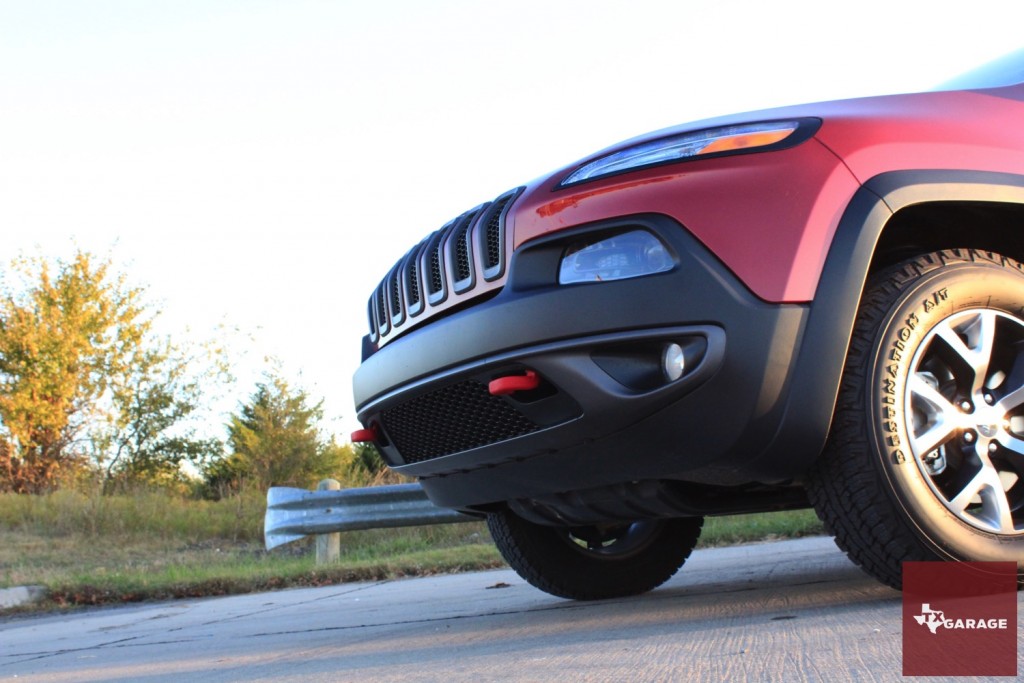 Whereas the visual bulk of the Cherokee makes lesser trim levels look a tad under-tired (and/or undernourished), the Trailhawk – with more aggressive all-terrain rubber – looks just about perfect. An athletic stance, the aforementioned ground clearance and reasonable front-and-rear overhangs (if we forget – for a moment – the Cherokee’s de Bergerac nose) provide quite the look, one almost smack dab between our personal (2006) Grand Cherokee and Range Rover’s neoclassic Evoque. It’s a visual and stance I like, and enjoyed even more after our week of driving. 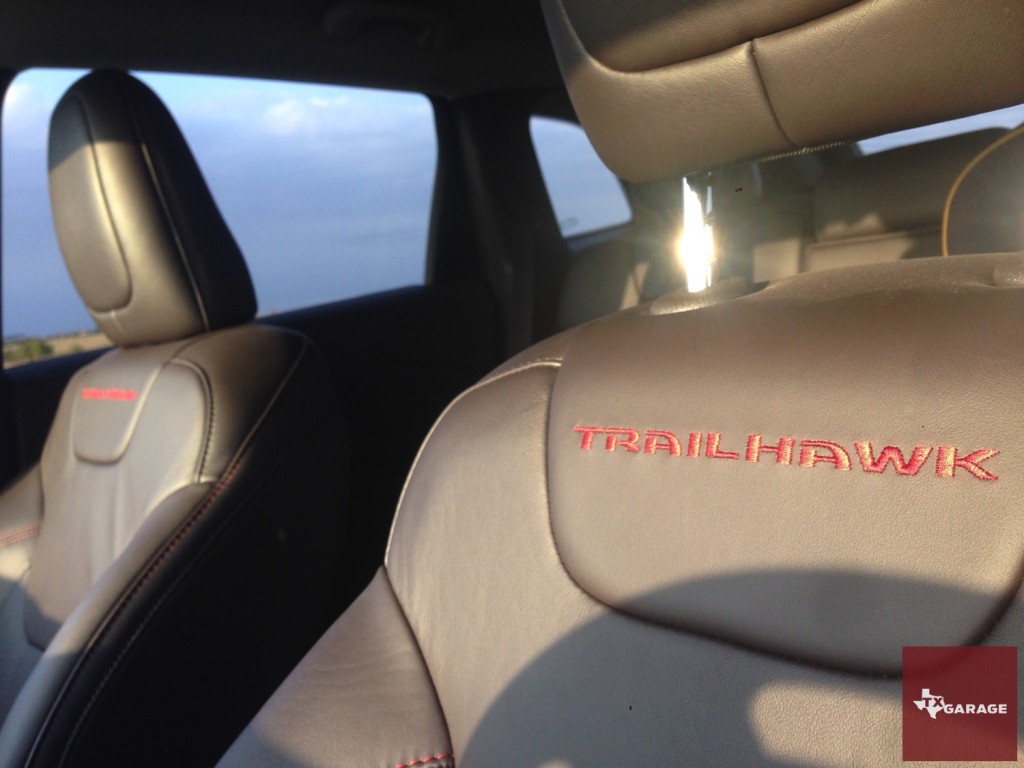 Inside, the Cherokee Trailhawk benefits from leather-trimmed seating, heated front seats and heated steering wheel. Inexplicably, the driver’s seat and wheel were always on with the ignition, and needed to be manually turned off via the center-mounted touch screen; not a big deal, but curious. When engaged the heated seats work (you could grill your brats, uh, sausages there…) to even my wife’s satisfaction. And while the individual buckets weren’t designed for your local SCCA meet, they did an adequate job of holding you in place in most areas this side of Moab.

Of course, with an MSRP of almost $40K (on a base of over $30K) our Trailhawk also enjoyed/suffered its share of nanny-type assists. The Technology group provides parallel and perpendicular parking assist, blind spot and cross path detection, and a bunch of other things necessary only if you’re not paying ANY ATTENTION. Comfort/Convenience does a lot of things automatically, if you’ve grown too tired of paying attention (fat chance…). Add the aforementioned leather trim and Chrysler’s Uconnect infotainment and navigation system – which we liked about as well as any – and pushing $40K. 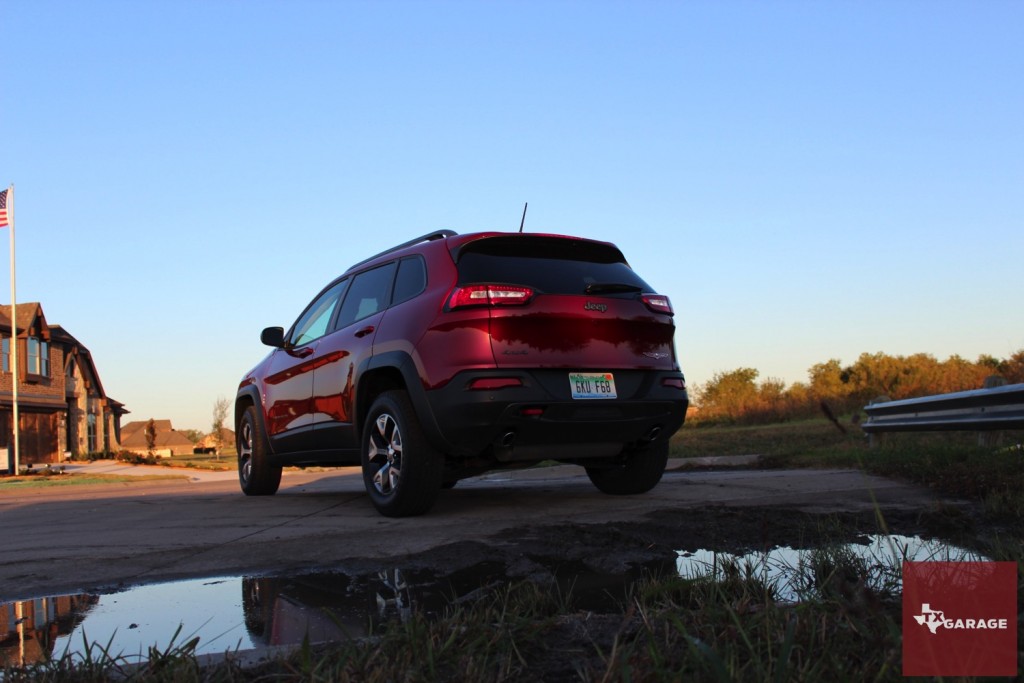 Young sporty looks with the capabilities of a Jeep!

During our test week we didn’t subject the Trailhawk to any off-road trails, but continue to think this newest Jeep would be just fine doing what most activity-oriented adults do: getting to the trailhead for hiking, biking or other adventures. We did, however, have a chance to go gnarly at this year’s Truck Rodeo in San Antonio, and the Trailhawk did everything you’d ask of it on the rocky terrain of Knibbe Ranch. (Of note: a rep for a well-regarded Euro brand thought the Cherokee was worth owning, which is serious praise for a domestic crossover.) For hopping boulders the Wrangler is still the one, and for toting friends and loved ones there’s a good argument to be made for a modestly equipped 4X4 Grand Cherokee Laredo, selling for roughly the same money as the Trailhawk. But for those wanting to drive – on-and-off-road – from the last century to this one, few will do it better than Jeep’s newest Cherokee. 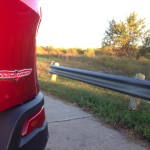 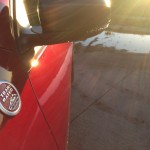 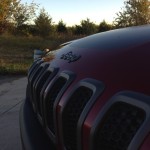 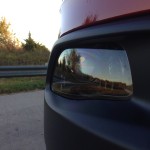 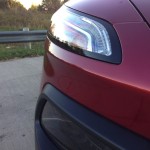 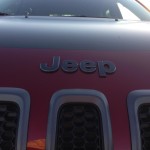 The 2015 Jeep Cherokee Trailhawk by txGarage 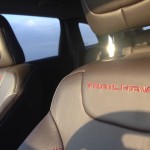 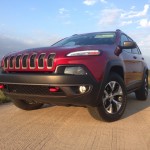 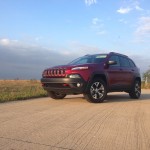 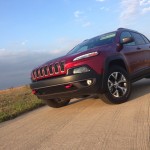 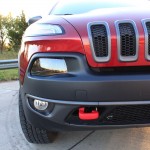 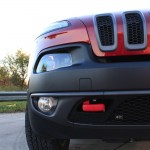 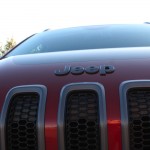 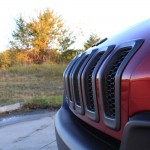 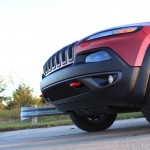 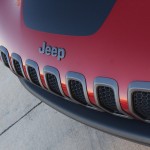 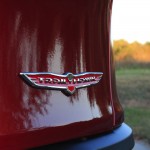 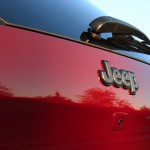 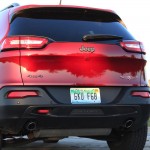 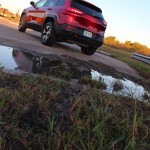 Young sporty looks with the capabilities of a Jeep! 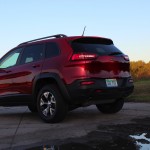