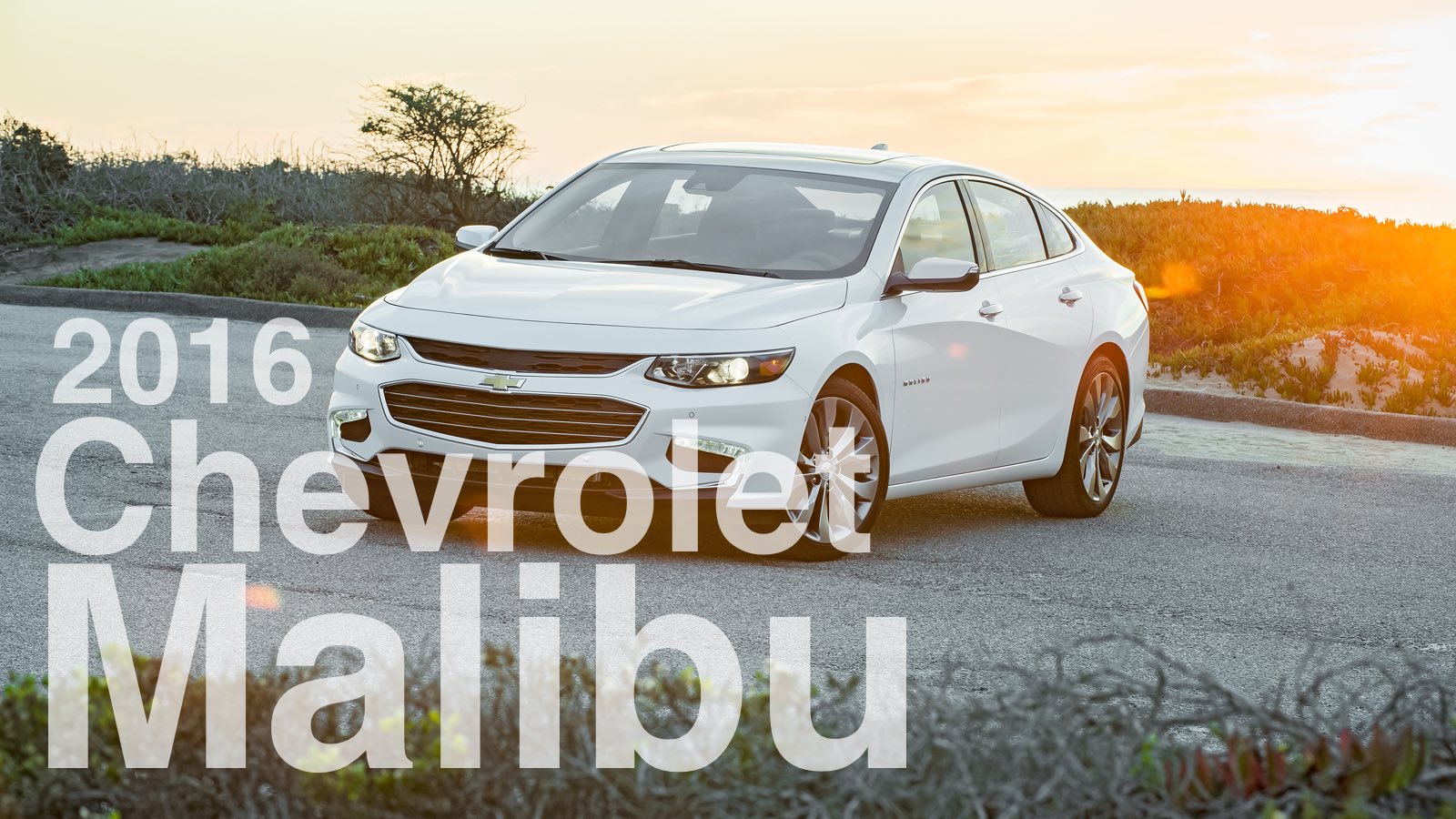 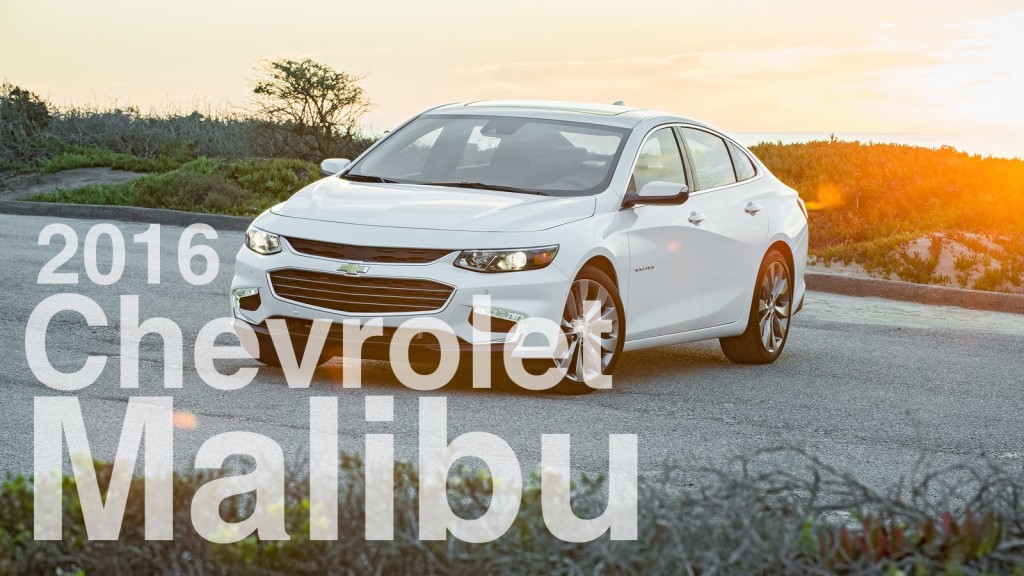 You’ve seen the ad on TV if, of course, you still watch broadcast TV. The discussion leader/moderator has roughly a ½ dozen ‘civilians’ walking around a new 4-door sedan, and the sedan has no brand markings. The leader asks them what they think it is, at which point they begin to pull responses from their heads, their hearts and – we’re guessing here – their b*ttocks. Audi is mentioned, as is BMW, along with a couple of others. No one, at least while the cameras are running, comes up with the correct answer. No one.

The car featured in the ad is Chevrolet’s new Malibu, and while the sheetmetal is artfully sculpted, and its fastback roofline does – in some way – mimic that of the Audi A7, not once while driving around our ‘hood, clogged as it is with German fare, did I once feel a bond with my BMW-owning brothers and sisters. Not once. And while that speaks more to the interior of the Malibu than it does to its sheetmetal, once again Madison Avenue – or what’s left of Madison Avenue – seems more than slightly mad.

At one time an all-new Malibu, or an all-new Chevy of any kind, was big – like ‘Dinah Shore is having Burt Reynolds baby’ big. Before 1974, when the domestic OEMs were ravaged by first OPEC and then, soon after, the rising tide of affordable, efficient imports, a new Chevy Malibu or Impala would be on the cover of Motor Trend before you could say ‘I like Ike’. And while small imports made up a substantial part of the second car inventory, there was still (typically) a domestic holding down the other side of the two-stall garage, or – more likely – the one car finding its way into the one-stall garage. My own family enjoyed a ’66 Beetle in combination with a variety of land yachts, including Dodge’s ’66 Monaco (it didn’t recall the F1 race – instead, it reminded me of the casino…) and Mercury’s Grand Marquis.

At the time of its intro in the early ‘60s, the 2-door Malibu (in both coupe and convertible guise) brought a discernible degree of panache to middle-income households. Now, after seemingly decades in the design desert the new-for-‘16 Malibu brings us dessert. From any angle this is one artfully crafted example of automotive sculpture.

EXTERIOR: Fronted by a fascia striking a nice balance between passive and aggressive, the new Malibu doesn’t exactly rewrite the book on automotive design, but at the very least it looks as if its design team had read a book (or two) on automotive design. A modestly sized grille bisects the front fascia horizontally; above it is a small opening framed by the Malibu’s slim – Chevy calls them ‘stunningly slim’ – headlamps.

Aft of the front fascia is, well, the rest of the car. The Malibu’s side sculpting tapers toward the rear wheel wells similar to a surfboard tapering from front to rear, begging the question: Did someone from the design team actually hang out in Malibu? The greenhouse is proportional to the section height of the car, implying neither a 4-door coupe nor an old Volvo in its height or visibility; instead, it implies a tightly drawn 4-door sedan with an almost-athletic vibe. Both front and rear doors provide generous access to the Malibu’s 5-passenger interior, while the rear backlight is – as was implied by the Audi enthusiast – almost fastback in its execution.

It’s from the Malibu’s rear-¾ view we think the midsize Chevy looks its best, as the 4-door’s greenhouse and sides merge into what may be one of a sedan’s most successful conclusions. This, in short, is an almost sexy *ss, with an upscale execution that could easily adorn a sedan costing $10K – even $20K – over and above the Malibu’s $30,000 window. And while dual exhaust outlets always seem a bit much when gracing a 2.0 liter four – even a turbo four – the Malibu’s are nicely executed.

Our only disconnect was with the wheel/tire package. Many midsize sedans could use a bump in tire diameter and width, so the Malibu isn’t alone in deserving more rubber meeting the road. We also wish our test Malibu had a simpler wheel pattern; they exist, but were not on our 2LT-trimmed Malibu. We think the 17-inchers on the 1LT look better, while the tires’ taller sidewall would probably ride better. You pay your money and take your choice, but we’d offer the salesman a crisp $100 to get us anything other than the 18-inchers on our test car.

INTERIOR: If the Malibu exterior surprises and delights, we were left less impressed by the Chevy’s interior, especially when you consider its competitive segment. We expect, of course, an interior environ built to a modest price point, but don’t expect an almost egregious use of plastic which looks entry-level Korean when the window sticker is closer to $30K than it is to $15K. The plastics – especially on armrests and map pockets – are simply too downmarket when compared to the impression left as you walk up to the Malibu. The argument wasn’t helped, of course, by our Malibu’s ‘Atmosphere’/Medium Ash Gray interior combo; what wasn’t plastic was basic cloth. And that cloth also graced the passenger side dash panel, where it’s not gonna’ mix with Church’s take-home for much more than a weekend.

From what we can tell, leather-equipped cars will fare better, if for no other reason than you have something to take your eye past the not-quite-pathetic plastics. We’ll take ours in Dark Atmosphere with Loft Brown…if anyone cares.

Moving beyond plastic, know the seats are reasonably supportive in front, and very accommodating in back. The rear seat supplies generous legroom and headroom, while also (surprisingly) implying enough shoulder width to actually accommodate three. We didn’t try it, as rounding up three friends takes most of the week, with no time left over to actually drive the car. And the seat backs fold flat; that, in combination with a large trunk, makes this Malibu possibly the SUV – Sedan Utility Vehicle – of the midsize sedan segment.

As you might guess, our GM press vehicle was armed with a Wi-Fi hotspot, OnStar navigation options and a generously-sized center screen with rearview camera.

ON THE ROAD: This is truly a spec for the era; more modestly equipped Malibus are equipped with a 1.5 liter turbocharged four, while our 2LT comes with 2.0 liters of turbo four producing 250 horsepower and 280 lb-ft of torque. That latter figure comes in at an oh-so-low 2000 rpm, and hangs on ‘til 5000 rpm. Driving the front wheels through an 8-speed automatic, the Malibu was responsive when needed, calm when wanted and, with a 22 City/32 Hwy EPA estimate, always efficient.

Suspended by MacPherson struts in front and a four-link independent set-up in back, the Malibu offers a ride perfect for both highways and byways, in-laws but not outlaws. The Malibu – any Malibu – won’t be your pick for trackdays, but is an absolutely perfect offset for the Suburban or Silverado sitting on the opposite side of the garage. It may be named for Malibu, CA, but will play even better in Midland.

Like the suburbs for which it was first designed, today’s Malibu is both easy and artful. And while considering this year’s election cycle, ‘easy’ and ‘artful’ ain’t a bad ticket.

2016 BUICK CASCADA:
A MIATA FOR MOM, DAD AND THE DOGS
Reviewed: The 2016 Kia Soul EV: Get Charged
Event Calendar