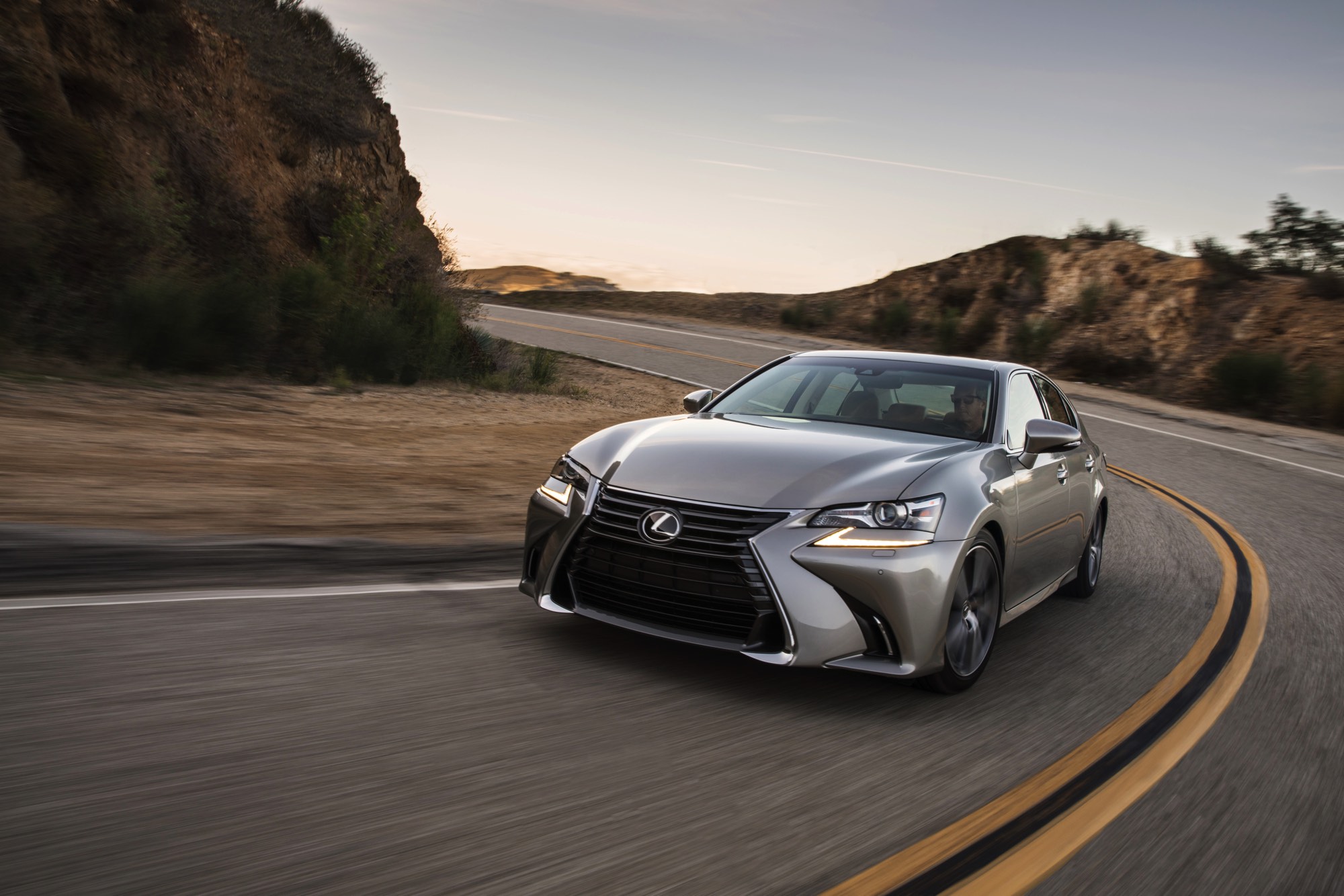 It is the middle child in a family of overachievers. And with the appropriate apology to middle children everywhere, you know who you are and what you are. Without the newness of the first or novelty of the last, you’re left to wander the familial hinterlands with neither the expectations of the oldest, nor excitement of the youngest. Instead, you’re inserted into a parental purgatory that isn’t of your own making…but might as well be of your own making. And in the extended family of Lexus offspring, the GS – in all of its variations – is the middle child.

In the beginning, the Lexus GS, introduced to the U.S. market in 1993, provided high hopes. In contrast to what was then offered by Benz and BMW, Lexus was offering a midsize sedan with bodywork penned by Giugiaro’s Ital Design. With that Italianate sheetmetal, the new Lexus embarked on its own course, eschewing the Mercedes influences proffered by the Lexus LS, or – thankfully – the Camry influence of the smaller ES. This wasn’t, by any stretch, an in-your-face exercise in individualism, but rather the Eurocentric take on what Jaguar might have done if Jag (at the time) had elected to be more Eurocentric. We liked it then and, almost twenty-five years later, we still like it when we happen to see one.

Now in its fourth generation, the GS combines an Asian-generic – albeit totally pleasant – shape aft of the front fascia with a face (apparently) developed by the team at Bass Pro. For in the Lexus attempt to make the lineup distinctive the execs canned Ital Design and looked to Jack Nicholson’s Joker for inspiration. The front, employing the twin-spindle grille used to less-than-glorious effect on the Toyota division’s bigger fish, is grafted onto the GS front clip with (at least subjectively) less-than-stellar results. We’d liken it to Trump’s combover, but the combover is more artfully executed.

Inside, the execution isn’t – thankfully – an execution. Here we’re reminded of Melania Trump. As the Lexus marketing material puts it, ‘while the exterior styling screams performance, the interior beckons with comfort and innovation.’ And that’s exactly how we saw it, with supportive buckets enclosed in perforated leather, a dash that balances a somewhat traditional look with of-this-century innovation, and enough space to take the occasional fifth, even if that ‘fifth’ is 200+ pounds. This size category seems to be the just right combo of accessibility, utility and maneuverability. And with an overall length of 192 inches on a wheelbase of 112 inches, the GS doesn’t seem as swollen as BMW’s most recent 5 Series.

Under the hood we see a traditional platform meeting the assumed reality of 2017. Where you would expect to see a V6 and wouldn’t be surprised by a V8, you’ll instead find four turbocharged cylinders – and only those four turbocharged cylinders. With 241 horsepower it falls 70 horsepower short of its 3.5 liter V6 stablemate, the GS 350. And while that deficit would suggest a big gain in its efficiency, the EPA City estimate is only 10% better (22 for the turbo four, 20 for the normally aspirated V6), although it does achieve a more competitive rating (32 vs. 28) on the Highway cycle.

Connected to an 8-speed automatic, the 2.0 liter turbo is capable of ticking off 0-60 in seven seconds, which won’t prove embarrassing ‘til you try running with a V6 Camaro. Our immediate impression was colored – or discolored – by our time spent in Alfa’s Giulia Quadrifoglio, but working our way through that highly visceral fog we found the GS to be an entirely acceptable way to navigate the urbs and suburbs. And with its 32 Highway estimate, you can do that Interstate thing ‘til your bladder gives up.

In an almost 30-year connection with the retail industry, either selling the stuff or reporting, the midsize import with a six always seemed to be an ownership sweetspot. A co-worker at Classic BMW (this was ’79 and ’80) enjoyed a pristine ’75 530i (silver with lipstick red interior), and the impression that car made is still with me. This is a long way of saying this: If kicking the tires at a Lexus showroom, I’d spend the $4K on a GS 350, bumping your budget from the mid-$40s to around $50K. And if you’re hellbent on owning something turbocharged, slip down into the Lexus IS 200t. There you’ll find a responsive platform, comfortable seating for four, and the chance to have fun with the many thousands driving a 3 Series or A4.

2017 Alfa Romeo Quadrifoglio: In love with the shape of you
2017 Mazda CX-3 Long Term: It had me at ‘hello’
Event Calendar