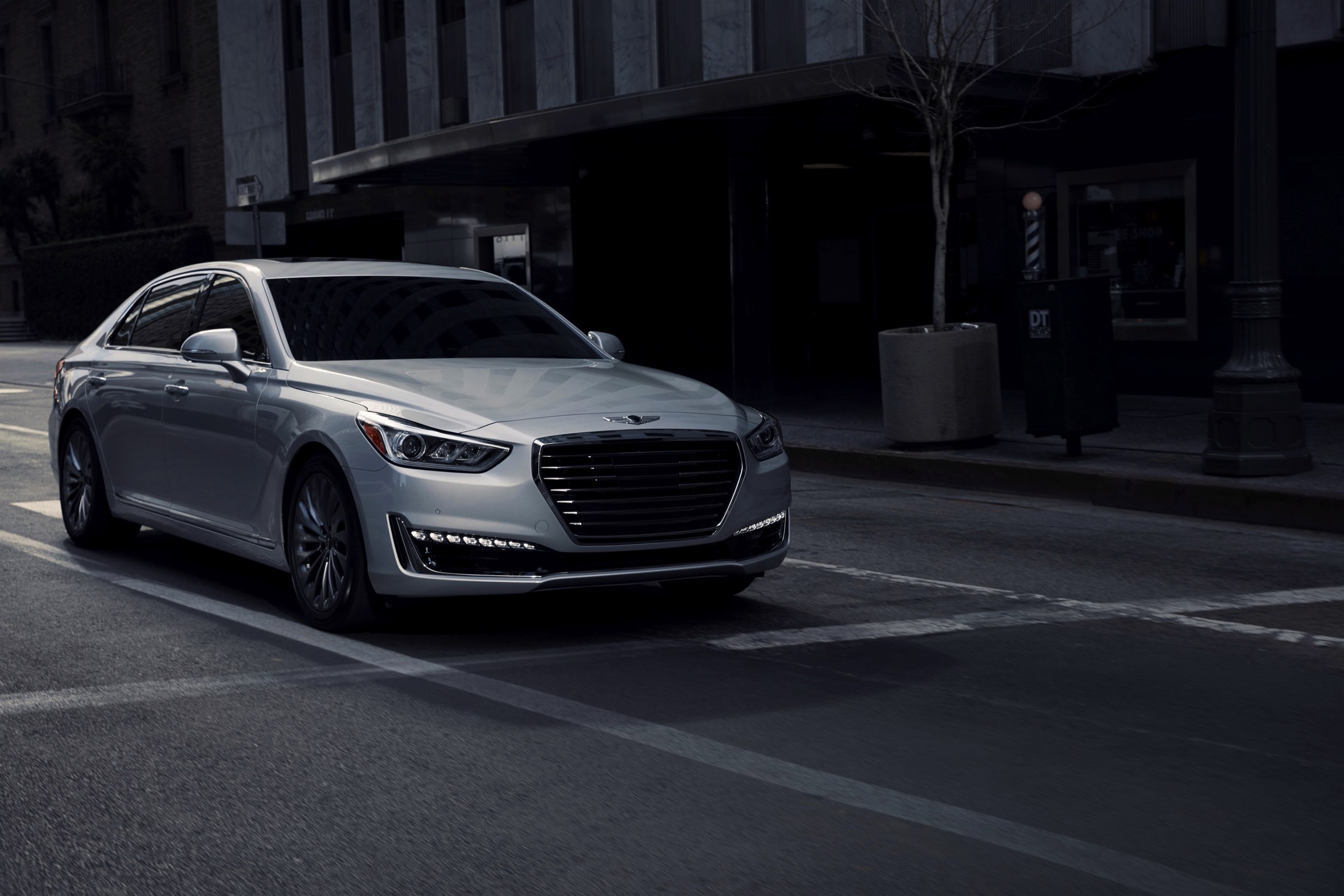 If the new Genesis G90 were an actress, you’d think Nicole Kidman. She’s been around for years, so you have a comfort level. Kidman’s accomplished, and with that you have this almost innate respect for her abilities. And while few would view her as drop dead gorgeous, she has the sort of practical good looks that wear well in most settings, in most roles. In short, she’s the one you could take home to mom while still imagining an extended tryst, away from the phones and anyone/everyone else. And if Nicole were a car, you’d call her Genesis. 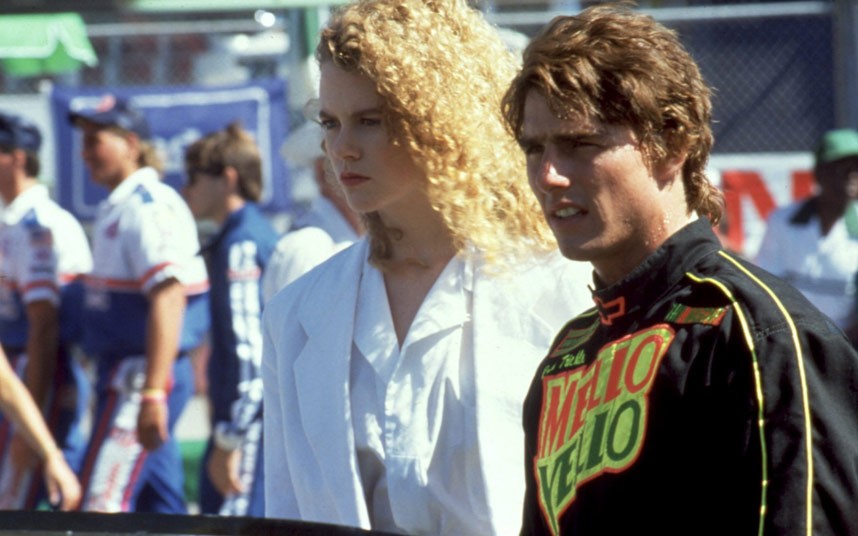 As reported previously, the Genesis franchise is an upmarket outgrowth of Hyundai, designed to capture the big bucks of luxury shoppers that might otherwise go to European (Audi, Benz and BMW) or Asian (Infiniti, Lexus or – maybe – Acura) luxury carmakers. With the Genesis G80 occupying the footprint of a 5 Series or E Class, the more recently introduced G90 is intended for those 7 Series and S Class prospects with – as you’d guess – upmarket aspirations but a very real reluctance to drop six figures on a car. Hyundai has been here before, introducing the Hyundai Equus to its showrooms with the U.S. still shaking off the Great Recession. The recession is behind us, and with its new G90 Hyundai fully commits to an upmarket outlet, if not – in the absence of its own showrooms – an upmarket zip code. 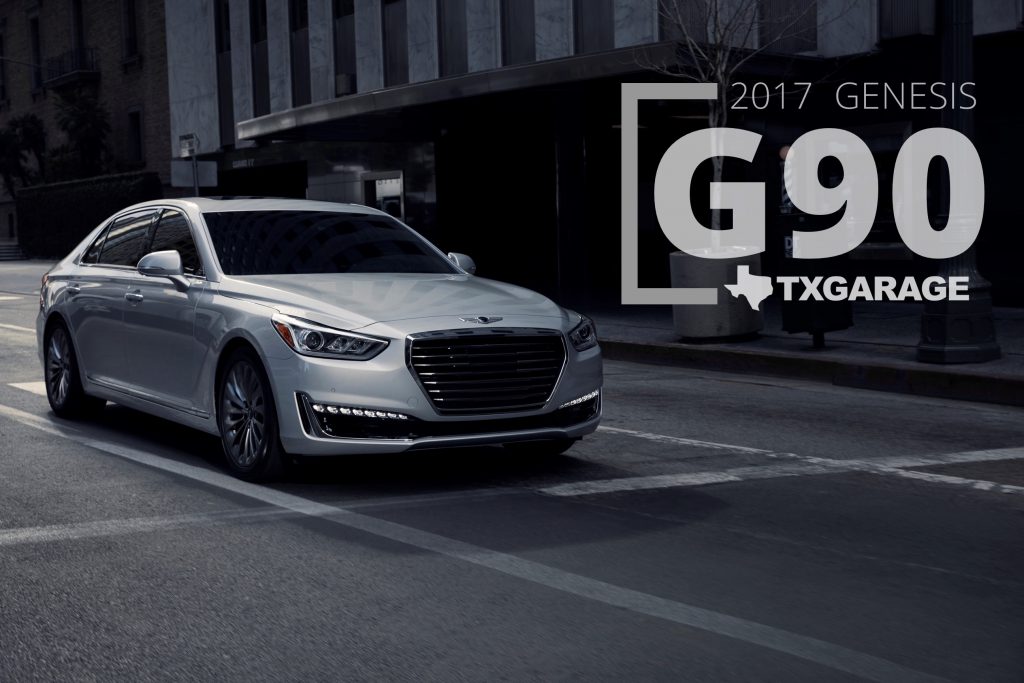 Unlike Hyundai’s first effort at a luxury 4-door, the Genesis G90 is more original than Hyundai’s earlier attempt, known simply as ‘Genesis’. Here we have a substantial 4-door with stylistic elements that could have been Bentley or (possibly) a rear-wheel drive Audi. We like the prominent – but not overblown – grille, as well as headlights flowing immediately rearward into the sweep of the front fender. In its profile the greenhouse and roof meld almost seamlessly into the 90’s lower structure, creating a substantial presence that still feels athletic; remember, we’re talking Nicole Kidman here, not Vin Diesel. We probably like it best from its rear ¾ angle, where an aggressively sloping backlight slides seamlessly into the G90’s abbreviated rear deck, while the taillights contain more than a whiff of Bentley something-or-other. This isn’t a blatant imitation, but a fairly credible impression of being passed by a Bentley. But in this instance you’re admiring the Genesis, rather than trying to see who’s in the Bentley.

Inside, slip into front buckets inspired by both the seats used in corporate jets and those built by Erkones, the renowned Norwegian maker of stressless armchairs and recliners. The end result is seating that’s eminently supportive, endlessly configurable. That’s twenty-two positions for the driver and sixteen for the passenger, rivaling the number provided by the Kama Sutra while requiring no manual, video or app.

Beyond the perforated leather, with piping in a contrasting color, we continue to be impressed by the intuitive nature of the Genesis control layout, which beautifully merges today’s desire for infotainment with yesterday’s very real need for common sense. Behind the wheel it’s hard to be distracted – you really have to work at it – when there’s nothing on the dash to distract you.

At speed, and despite a footprint (and market position) closer to the 7 Series than the midsize ‘5’, the G90 feels almost tossable, while certainly not disposable. This is Romney-like substance, but the Romney is Ann… and she’s on a horse. The impression is made more positive by the G90’s new 3.3 liter twin-turbo V6, offering 365 horsepower and 376 pound-feet of torque. That torque comes in at just 1,300 rpm and stays – at least figuratively – all day and all night, while its balance gives the Genesis a cut-and-thrust that, while not a candidate for a track day, would be just the thing for a day at the track.

Online, we built our G90 with the 3.3 liter twin-turbo and all-wheel drive in London Gray with a black/walnut interior trim. The MSRP was just over $70,000. And that’s way more affordable than Nicole Kidman.