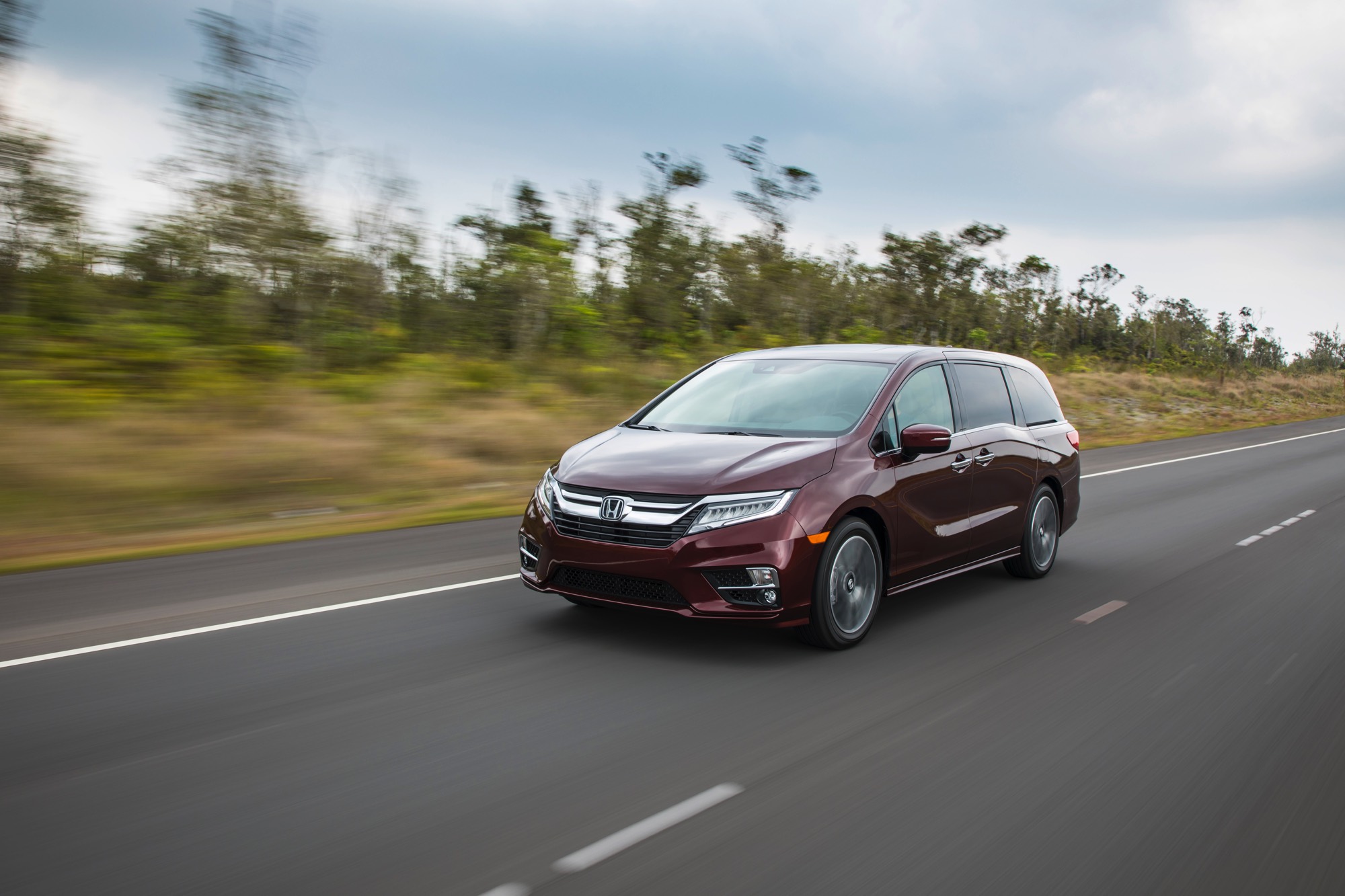 If this were a just world I’d be retired, the energy expended on the aborted repeal of the ACA would instead be expended on its improvement, and I’d be writing about Indian’s new Bobber rather than another minivan. But it’s not an entirely just world, and it is summer. And since summers in North Texas can seem somewhat endless, we have for you the Official Vehicle of the Endless Summer. Honda calls it the Odyssey, and if heading anywhere beyond Tom Thumb you’ll find it an eminently just personal transport.

Before, however, we analyze the Odyssey: We know many of you are far removed from what they think is the life stage of a minivan prospect. And what we’re here to tell you… it may be closer than you think.

Now in its fifth generation, Honda’s new Odyssey takes the basic profile and design elements of its immediate predecessor, embellishes the sheetmetal with more expressive sculpting (which may or may not suit your particular tastes – we’re ambivalent), ups the convenience features inside almost exponentially, and kicks up the power under the hood to a competitive – albeit not dominant – level. And then Honda’s product team tunes the Odyssey’s ride/handling compromise (and most ride and handling combos are a compromise) to the point its on-road dynamic is almost sublime. We’ll begin outside.

EXTERIOR: The significant feature of the 4th generation Odyssey was what Honda called the Lightning Bolt, where the minivan’s beltline (the juncture between the door panel and side glass) dips aggressively downward immediately before the van’s C-pillar. The character line remains but is augmented by what we’ll call counter-programming between the wheelwells, an aggressively sculpted line that almost looks nautical. While admittedly subjective, we’re of the ‘first, do no harm’ school, whether discussing medical treatment or automotive design. But given the popularity of redesigned Lexus models and Honda’s own Civic, there might be something to be said – at least monetarily – from sweeping revisions that are, uh, ‘sweeping’. Beyond the side sculpting, there’s a tad more bling up front, a slightly enlarged opening for the rear hatch, and alloy wheels on the Odyssey Elite trim that look to have come from a ‘Pimp My Ride’ sweepstakes. Honda has also devised a way to eliminate the open track on which the side doors travel. Taken as a whole, we’ll guess the target audience will love it.

INTERIOR: Inside, the big news is Honda’s Magic Slide seat, whereby your toddler can be mid-mounted in his or her child seat and not impede access to the third row. The co-worker, heading back to that third row over lunch, will absolutely love this feature – while wishing he or she had grabbed Uber.

Alternatively, you can opt for a second-row bench, which provides seating for eight. There’s also CabinWatch, allowing you to check on that co-worker’s pained expression while – at the same time – wondering where you’ll park a not-so-mini minivan near your downtown eatery. And finally, Honda offers CabinTalk, allowing the driver to mute any media and actually converse (look it up!) with 2nd and 3rd-row passengers. (CabinTalk is available in EX-L Navi/RES trim and above – the rest of you will simply shout!)

In our Elite trim, we were pleased by the supportive, ventilated seating and reasonably good outward visibility. You don’t sit Tahoe high in the Odyssey, but then, neither are you submerged in the sea of SUVs, as you might be in your Accord or Civic.

ON THE ROAD: With an all-independent suspension and the tuning dynamic of a team fully in touch with their mission, we found the Odyssey both more agile and composed than the Sienna driven a few weeks ago. That said, the dynamic differences are relatively small, and both vans represent a credible way of getting 6+ people somewhere or anywhere. In our week with the Odyssey, we didn’t have six, but we did have two with two bikes, and with the third row down everything fits comfortably.

AND THIS: Like Toyota, Kia and Chrysler, Honda’s Odyssey begins at around $30K, but that window can quickly escalate to our Elite’s $47,610. And like the Sienna, we think the sweetspot is somewhere in the middle; the EX-L will run about $40K, and that’s probably where we’d end our financial odyssey in a minivan purchase. We’d more enthusiastically, however, suggest a car-sharing service supplement their inventory with minivans. Few of us need an Odyssey every day, but I’d love to grab one a few times a month.