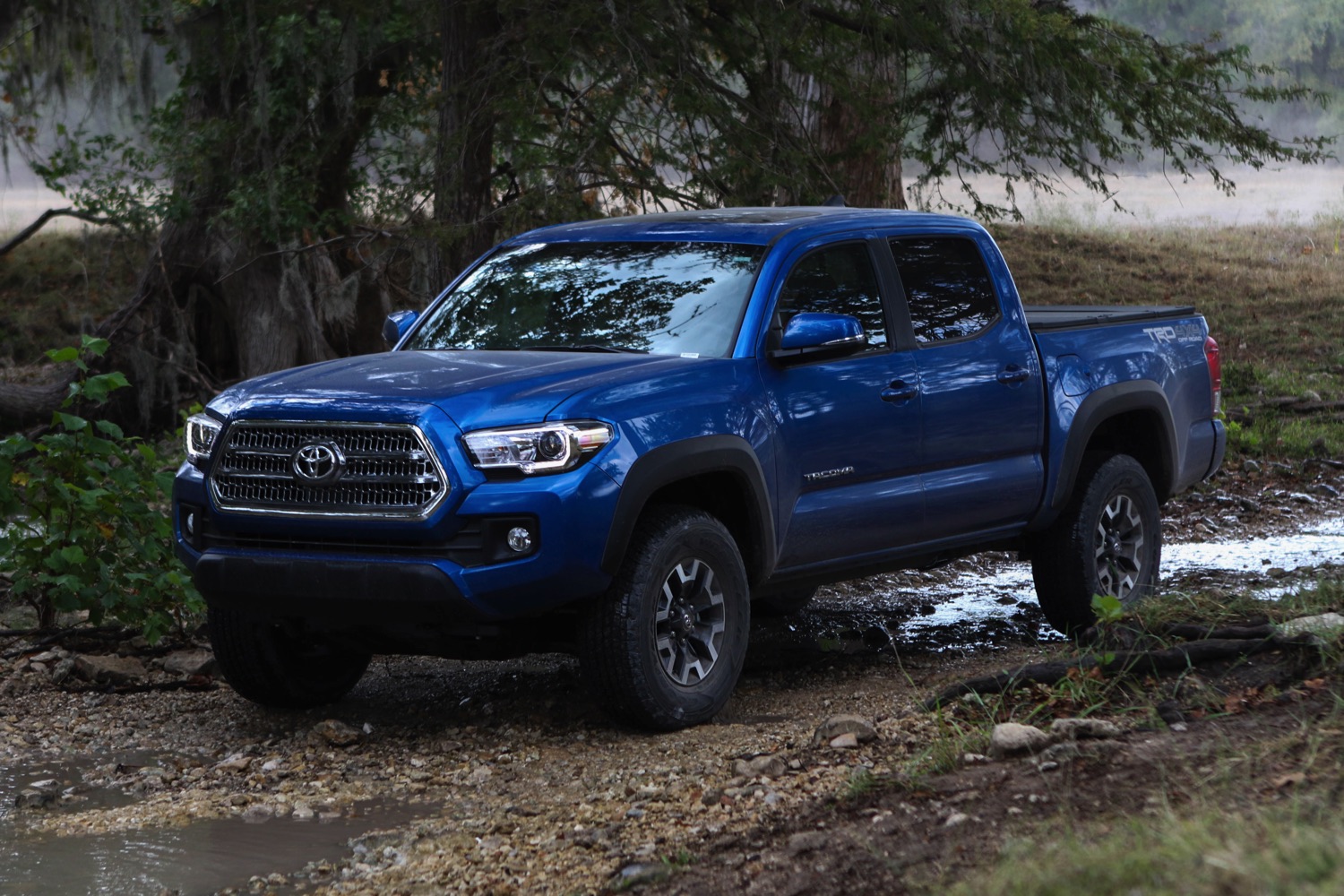 As anyone with correctable-to-20/20 has seen, midsize pickups have regained most of their earlier mojo over the last several model years. When the General announced it was returning to the segment with its all-new Colorado and Canyon, industry observers loudly wondered if GM wasn’t wasting its still-limited resources on a category with no upside. We – meaning all of us txGarage readers – knew better. So, it turns out, did the Toyota Mothership, whose refresh of the midsize Tacoma was announced shortly thereafter. Cutting to the chase (the Interweb has only so much space…), the success of GM’s duo, along with robust sales of the newish Tacoma, put an Egg McMuffin on the face of more than one pundit. And we think it looks good there.

The 2017 Toyota Tacoma Limited is as removed from Toyota’s earliest truck efforts (Hilux?) as Plano, Texas – home of Toyota’s new North American headquarters – is removed from Toyota’s corporate headquarters in Japan; in short, far removed. Can you remember buying a well-equipped Toyota for $10K or even $20K? For reference, our test Tacoma Limited 4X4 Double Cab, with most of its standard bells and whistles (lots of bells and whistles), had a base price of just under $39K, and with a tonneau cover for the bed and tow package for your boat ended up at just under $42K. If, like us, you think that’s excessive, there’s good news: Ford’s F-150 King Ranch typically sits on the far side of $60K.

Of course, the Ford has a ½ ton of capability and is typically powered by an EcoBoost V6. Under the hood the Tacoma offers either a base 2.7 liter inline four or 3.5 liter V6. Numerically the V6 seems more than adequate, offering 278 horsepower and 265 lb-ft of torque. And all would be fine if the 4X4 Tacoma platform didn’t weigh in at 4,400 pounds empty, with a GVWR of 5,400 pounds. In short, acceleration is a tad more leisurely than you’d hope (perfect for parades, though) and you’ll never confuse the sounds coming from under the hood with dad’s RC-F Lexus. It all seems a bit labored, and as the UAW knows all too well, this isn’t a great time for labor. With that, know the tepid response is certainly something you’ll adjust to, and with the optional tow prep package the Tacoma will pull up to 6,400 pounds.

If you’ll be spending a lot of time getting from zero to 60, you might as well like the surroundings, and Toyota serves up a commendable dosage of comfort within the Tacoma’s midsize footprint. Seats are leather trimmed, and do a reasonable job of not looking like your mother’s vinyl (although they may feel like your mother’s vinyl, and in the absence of smell certainly smell like mom’s vinyl). Power this and that make life more convenient, while that convenience is tied to this century via Toyota’s Entune Premium JBL audio. You won’t confuse any of this with what’s sitting on a Bentley showroom, but neither will you be reminded of your $10K Tacoma from fifteen years ago.

With its 4X4 drivetrain and 9.4 inches of ground clearance, the ingress represents a real step for the height-challenged; it’s a bit of a step even for those not thinking of themselves as height-challenged. Once inside, you’re still on the floor relative to those fullsize trucks you know and love; the greenhouse is coming down on you while the cab floor seems to be rising up. None of it is uncomfortable, and your hip point is still higher than it would be in all sedans and many crossovers, but this isn’t the perch you often associate with driving a pickup.

As an investment, the Toyota Tacoma is arguably the gold standard, with residual values that would make your Fiat dealer experience an erratic heartbeat. So, while $40K is a step for a midsize pickup, if you look at what it will cost against what you’ll get in ROI (return on investment) as you trade or sell it, that $40K is chump change. The question of the moment, of course: Are you a chump in need of a pickup?