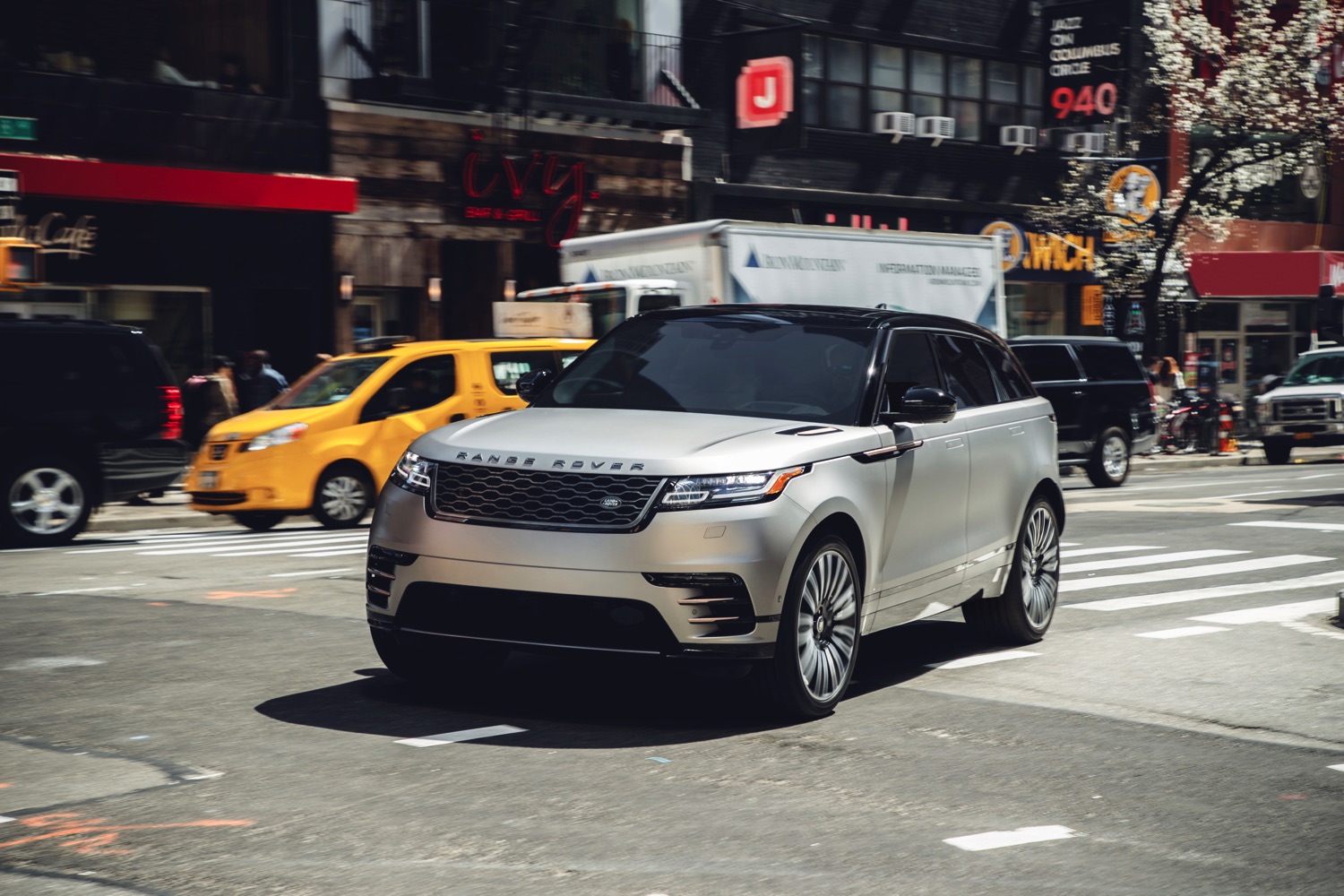 Sit over chips and a cold one at the West Village’s Taco Diner, opposite the Magnolia Theater, and the crossovers literally stream through. As you’d guess, beyond hitting the potholes peppering area streets, none of those CUVs will ever see a genuine off-road venue in their urban-oriented lives. And while it’s a shame the freedom afforded by offroad-capable machinery is rarely accessed, that’s the cold reality of the marketplace. We like ‘em, we buy ‘em…but we don’t use them.

The exception to that disconnect is – arguably – Range Rover. The British brand has, until recently, comprised three distinct models: Evoque, Sport and Range Rover. And for those guessing the RR team didn’t need a fourth…well, Pilgrim, you guessed wrong. In our driveway is that fourth, Range Rover’s recently launched Velar. And if the name has a funk factor, so then does the vehicle. This is the credible off-road cat with an entirely urban cred, completely distinct – we think – from anything else (and everything else) on the showroom.

With an overall length of almost sixteen feet, along with proportions that move the eye decisively rearward, you know this isn’t an Evoque – or Ford’s Edge. And then there’s the Velar’s height, much lower – at 65 inches – than anything else in the Range Rover stable. What the press release describes as a ‘visually reductive approach in its design’ we’d call an admirable attempt at restraint in virtually all of the Velar’s surfaces, something we wish more OEMs – from both Europe and Asia – would practice.

With its low roofline you might think of the Velar as a Range Rover estate (wagon) rather than an SUV. But its width, stance and its 4,400 pound curb weight argue against this being a sedan-based wagon; it is, instead, a fully capable SUV concealed by an urban-appropriate costume. The four doors are long and open wide, while the rear hatch reveals some 70 cubic feet of storage with the rear seats folded, and over 34 cubic feet with rear seats upright, holding the child seat and Labrador. An airport run at the end of the spring break suggested plenty of room for the driver, three adults and Zeke, our family’s well-traveled cockapoo.

Inside, the R-Dynamic HSE, which – with a supercharged V6 – is near the top of the Velar food chain, seduces with a clean, almost elemental design, perforated leather and a commanding view of the open road or your fast food drive-thru. Behind the smallish, ergo-enhanced steering wheel the posture is more aggressive than the Velar’s close cousin, the Jaguar F-Pace. The Velar also delivers surprisingly direct steering, cornering – especially on damp streets – which is composed, and a braking dynamic far close to new BMW than old Buick. And since we’re talking BMW: Had the Bavarians offered an allroad version of their 5 Series wagon rather than the X5, the end result wouldn’t seem too different from Range Rover’s end result; the Velar’s on-road dynamic is that sharp.

Off the beaten path the HSE’s air suspension (lesser Velars make do with conventional coils) supplies a ground clearance of just under 10 inches, a wading depth of 25.6 inches and – as you’d guess – a suite of traction technologies. We didn’t take the Velar off-road, but we have the dirt on Range Rovers in the dirt; their performance is exemplary.

Under the hood, our test Velar came with the available 3.0 liter supercharged V6, delivering 380 horsepower, an awesome soundtrack and 60 – from a standing stop – in just over five seconds. But its spec, in combination with the upmarket appointments and tech delivered in HSE form, propelled the window sticker to over $75K. If wanting to buy one without having to hock the Crown Jewelry, a comfortably equipped 4-cylinder Velar could be had for around $60K, while the available diesel would bring it to just under $65,000. No one – other than you and your bank – will be the wiser.

And the Uptown Funk? We think Range Rover’s Velar is for ‘them hood girls, them good girls straight masterpieces.’ Or their hood guys…or me. 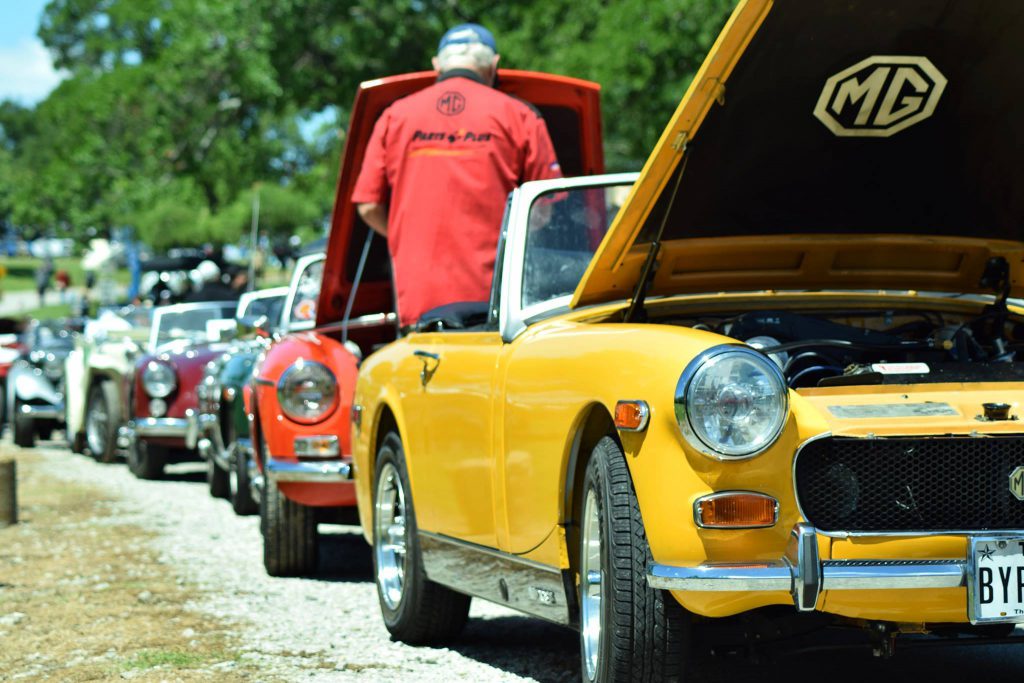 AND THIS: If buying your new Range Rover Velar before Sunday, May 6th, you should drive it to the All British & European Car Day (www.AllBritishCarDay.com), held annually – and every year! – at White Rock Lake. If entering, the show field – at Dreyfuss Club Point – opens at 10:00 a.m., while the awards are presented at 2:30. It’s just about everything British except Meghan Markle (we understand she’ll attend next year…after the newness wears off and she’s in need of the ink). 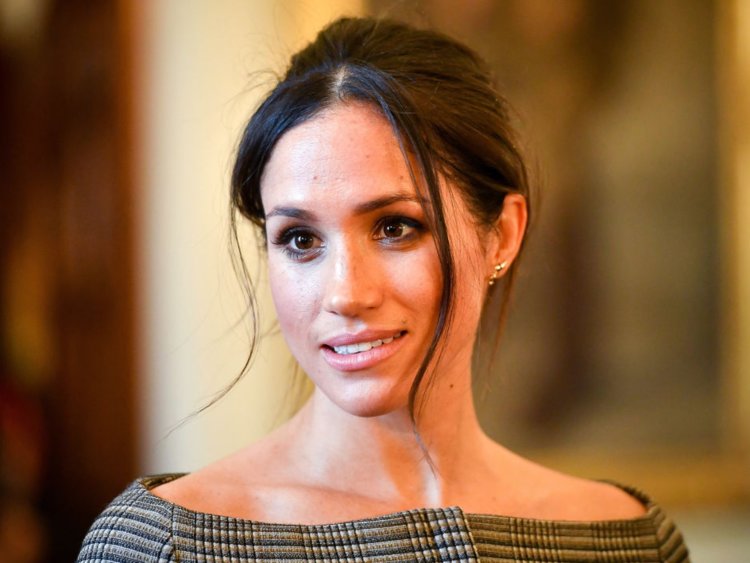